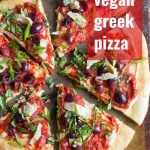 Hummus and tomato sauce are slathered onto a thick crust and piled with Kalamata olives, artichoke hearts and fresh herbs to create this flavor-packed vegan Greek-inspired pizza. 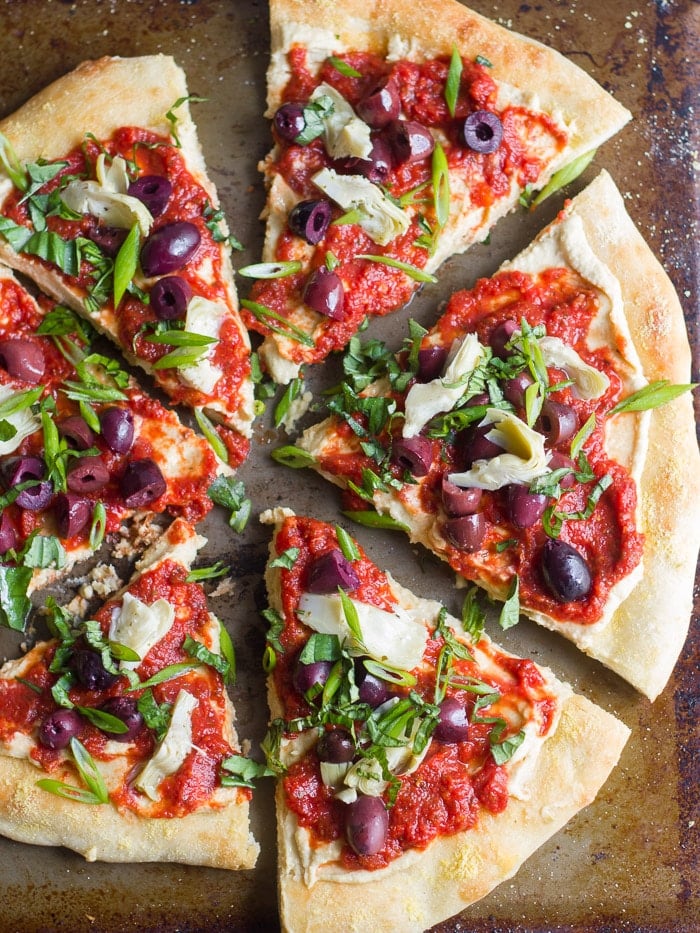 This is how big of a dork I am. Every year I agonize about what I'm going to post on Pi Day, to the extent that, more often than not, I usually don't manage to come up with anything special and end up posting a sandwich, or some boring food that has nothing to do with math. (Edit: okay, I did get my act together last year, and it was superb. Maybe I'm getting the hang of this.) 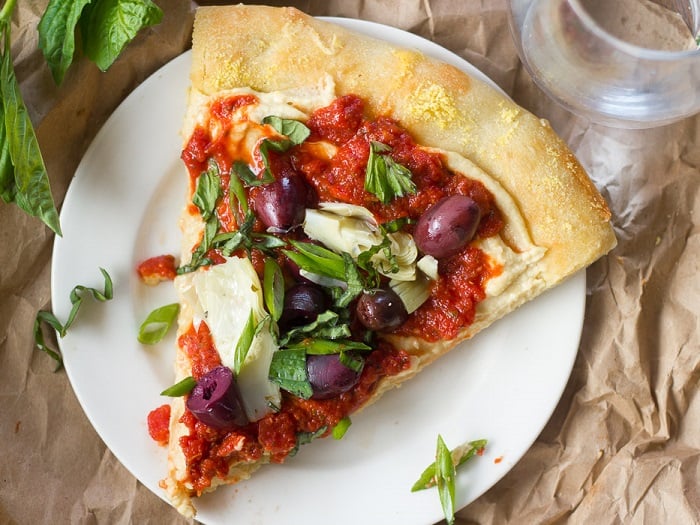 This year, it hit me: vegan Greek pizza! Because what better way to celebrate a beloved Greek letter than with a Greek-inspired pizza pie.

This is totally inauthentic. In fact, to the best of my knowledge, there is such a thing as a Greek pizza, but it has more to do with the style of crust than the toppings. This one is all about the toppings. 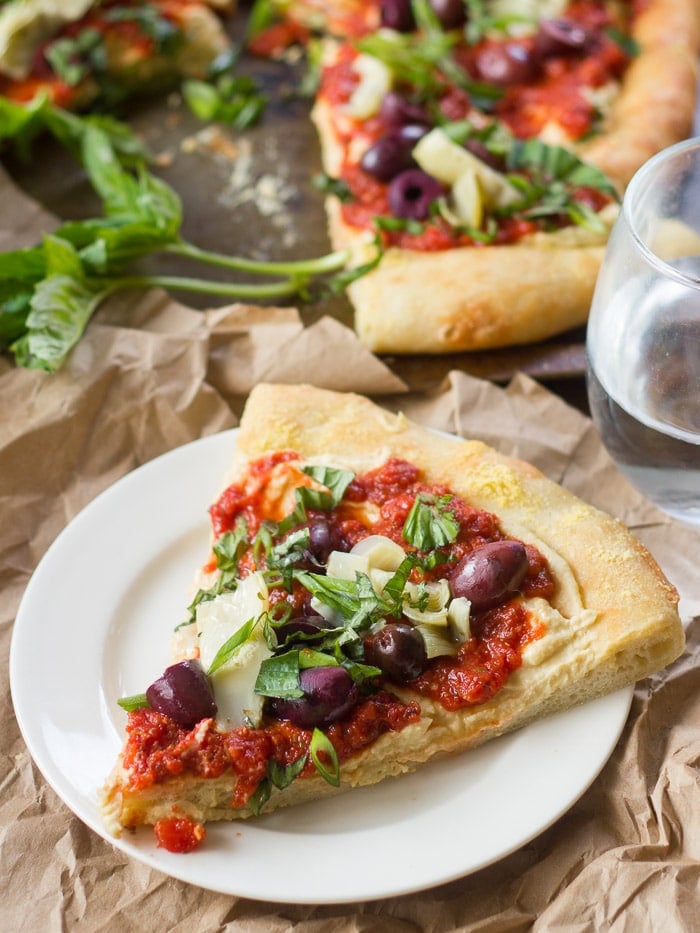 I'm really glad I came up with this one, because I think it's my all-time favorite pizza. (I'm sure I said that before at some point, but this is my new favorite.) It all starts with a layer of hummus. I've made hummus pizza before but this one is a little different, because it also includes sauce. Hummus on the bottom, sauce on the top, and I promise you won't miss the cheese. 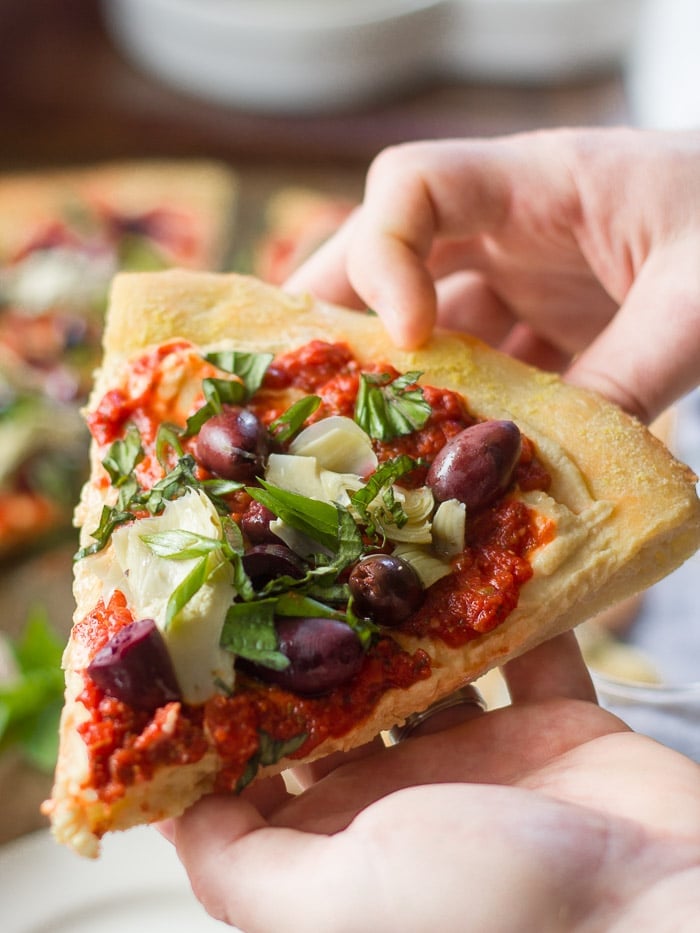 Between the hummus, sauce, and a handful of toppings, this pizza is pretty substantial. Make sure you use a nice sturdy crust! I'm not the best dough roller, and a number of times I've made pizza and had to patch little holes in the crust because I stretched it too thin. Try to avoid that with this one. If you roll your crust too thin or if it has some weak spots the pizza will still taste good, but you'll have to eat it with a fork.

This pizza is best enjoyed right away.