This vegan falafel pizza is made with spicy harissa-spiked tomato sauce, roasty-toasty onions and bell peppers, and creamy tahini sauce. 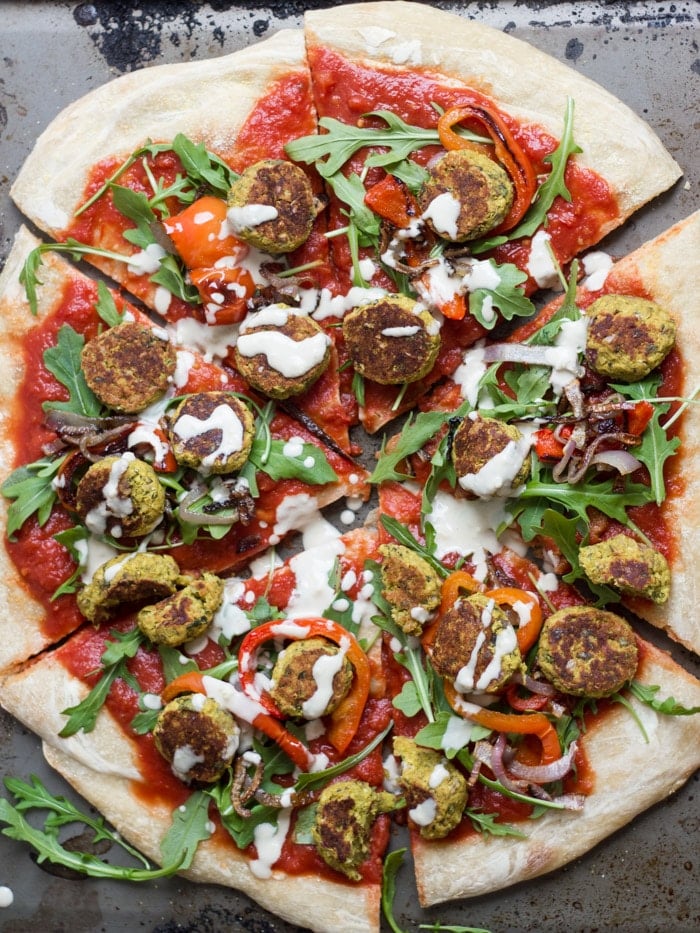 You might need to eat this pizza with a fork. Let's face it though, the best pizzas are those that require forks, right? In this case it's so worth it.

Every time I make pizza I kick myself for not making pizza more often, and this pizza was no exception. Each slice is kind of like a little falafel sandwich, all bready with tahini sauce, veggies and falafel patties piled on top, but eating it with a fork, all sloppy pizza style, makes it way fun.

If you tried and enjoyed these stuffed peppers, then this pizza is probably for you. I realized shortly after I put it together that the flavors and ingredients were pretty similar, with the exception of the crust, which makes the pie form of the meal decidedly more indulgent. I had a jar of harissa on hand that I received from the lovely folks over at Casablanca Foods, so I decided to throw a few spoonfuls into some tomato sauce and see if I could create a super simple spicy pizza sauce. It was awesome and added just the right amount of kick. 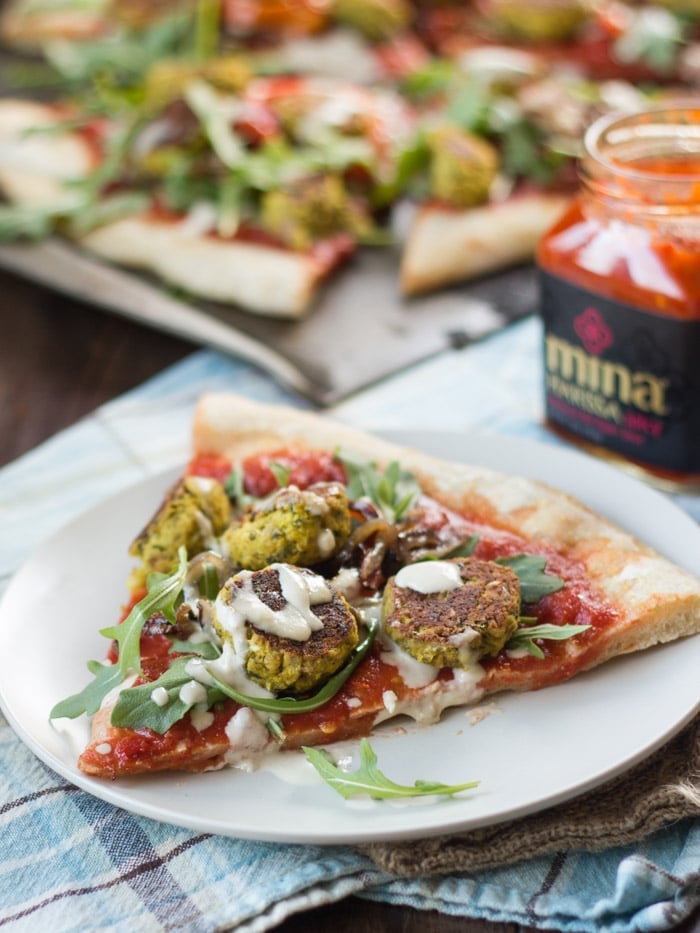 There's quite a few steps to this one, so give the recipe a good read before getting started, but it's really not as complicated as it sounds. You'll have three things in the oven at once, so plan well as far as space is concerned, but the great part is that if you work efficiently, each time you stick something in the oven you'll be perfectly timed to get started on the next step, throw that into the oven five minutes later, and so on until, voila, everything comes out at once and you're all set to assemble the pie. 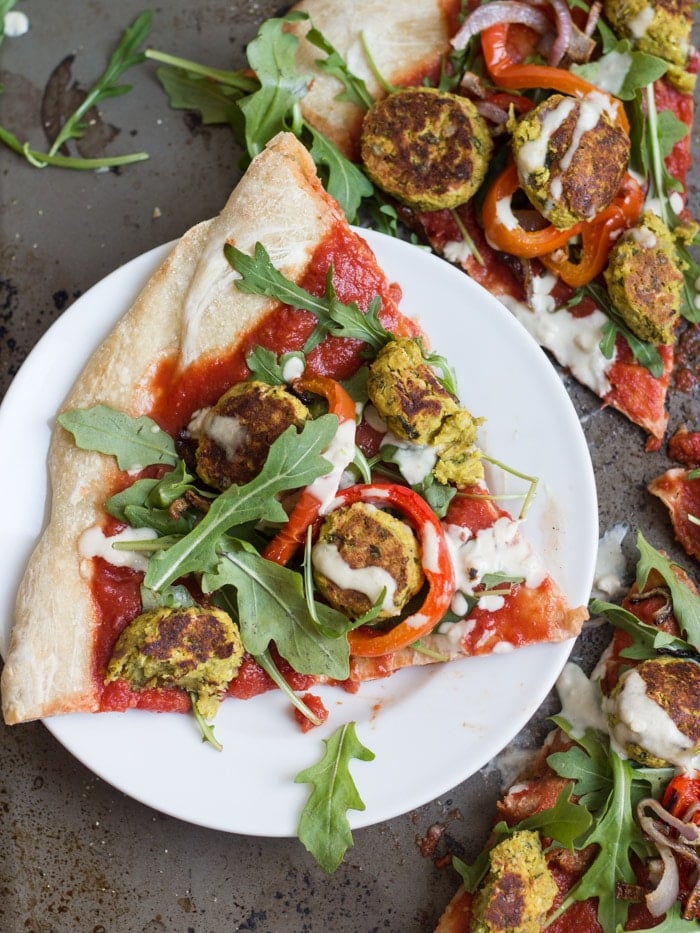 For the Harissa Tomato Sauce