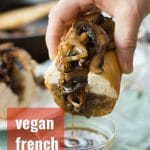 These vegan French dip sandwiches are made with sautéed portobellos, dressed in spicy horseradish mustard and served ready for dipping in savory vegan au jus. 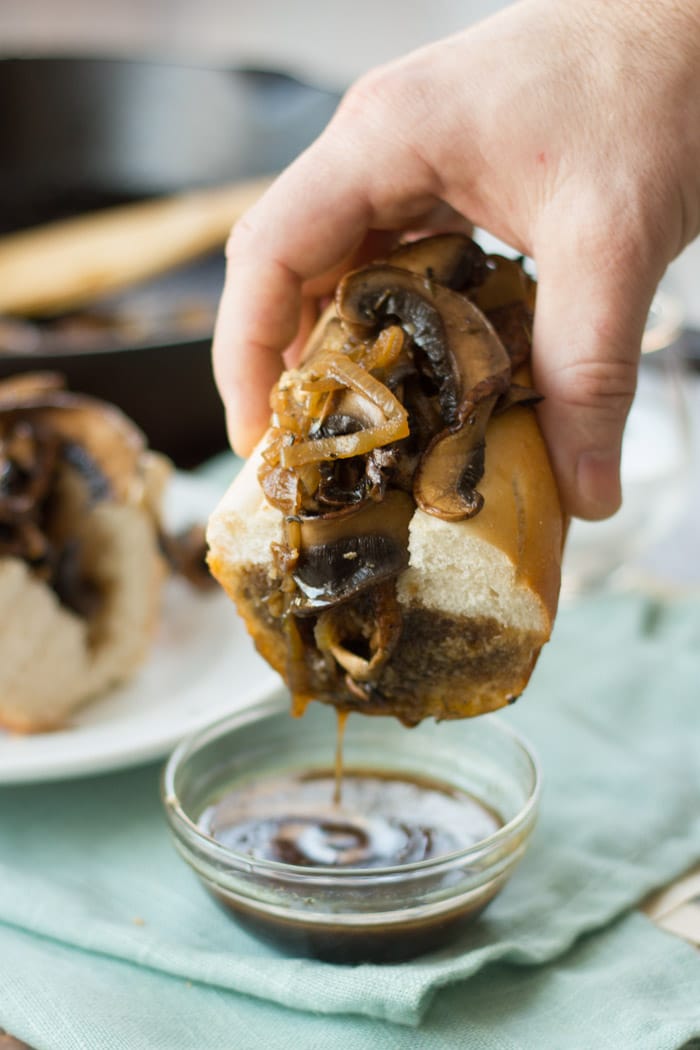 Roast beef has never been my thing. I know, you're shocked! So the idea of a French dip sandwich never appealed to me very much. In fact, I distinctly remember ordering a French dip at Denny's when I was a little kid, and thinking I'd be getting something involving French onion dip, which definitely was my thing. I was hugely disappointed when a roast beef sandwich with a cup of meat juice showed up. 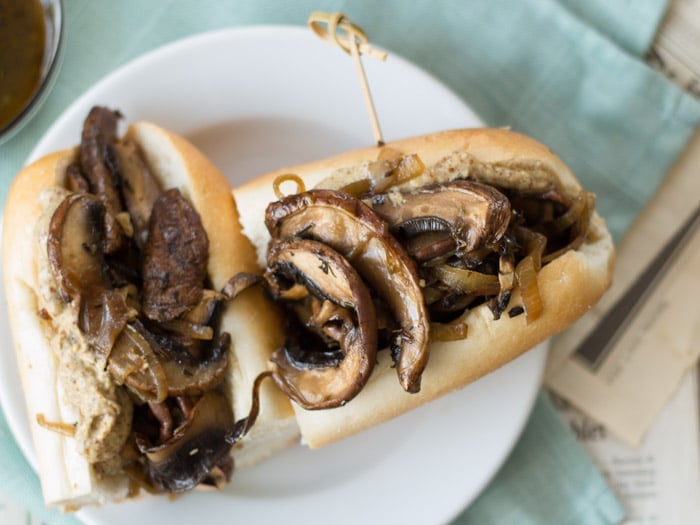 A big messy mushroom sandwich that gets dunked in mushroom juice on the other hand, is way my cup of tea. 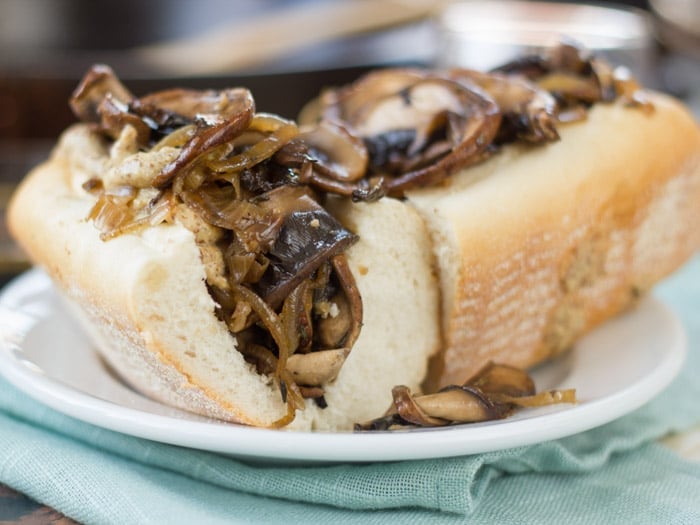 I'm really glad I got over that rough childhood French dip experience, and decided to give it another go, in vegan form, because this sandwich was insane! Flavorful, succulent, sloppy as heck, but so worth the slop for being as tasty as it was. 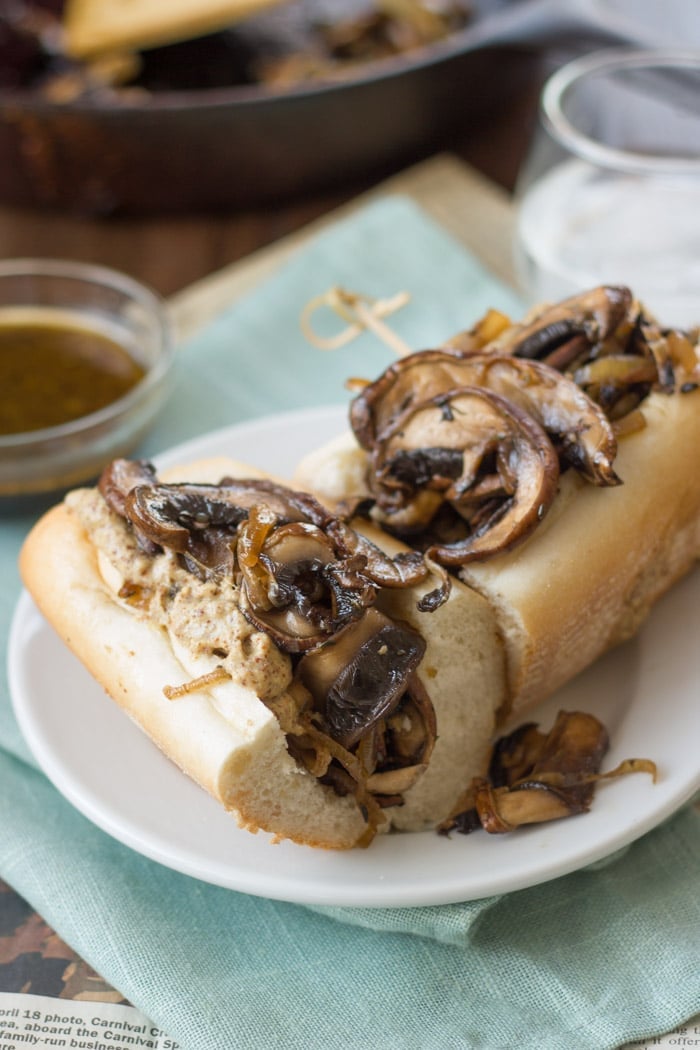 I served my sandwiches with some horseradish mustard and nothing more. That was perfect for me, but I've seen recipes calling for spicy mustard, Dijon and mayo. Go with them all if you'd like, assuming you're prepared for a full-on slop fest. If you're into vegan cheese, feel free to top it all off with some mozzarella shreds too.

Check out how easy these are to make! 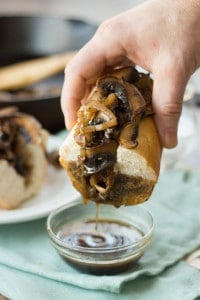