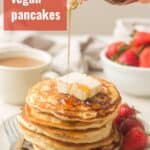 I'll let you in on a little secret: vegan pancakes are ridiculously easy to make. Seriously! For a long time I avoided making them because I thought making egg-free pancakes would be a big challenge. Boy was I wrong!

You only need nine ingredients to make these easy dairy-free pancakes, and they cook up in minutes. They're so easy! As a total non-morning person, I can personally testify to the fact that they're super no-fuss: I have no problem whipping up a quick batch of these on a weekend morning, and most of the ingredients are pantry staples you probably have on hand.

They're perfect for everything from lazy breakfasts to fancy brunches. You'll definitely want to keep this recipe in your back pocket for all occasions!

How to Make Vegan Pancakes

The following is a detailed photo tutorial on how to make this dish. Scroll to the bottom of the post if you'd prefer to skip right to the recipe!

Vegan pancakes are best served right away, but if you have leftovers they'll keep in a sealed bag or container in the fridge for about 3 days, or in the freezer for about 3 months. My favorite way to reheat them is by simply popping them in the toaster!

Can these pancakes be gluten-free?

I haven't tried making a gluten-free version, but I think your best bet would be to try using an all-purpose gluten-free flour blend.

How can I prevent my pancakes from sticking to the pan?

Why didn't my pancakes rise?

This is usually due to dated baking soda and/or powder. Test your baking soda by sprinkling a small amount in a glass of vinegar. Do the same for powder by sprinkling it in water. Both should fizz. If either doesn't, toss it and replace!

Why don't these pancakes contain an egg substitute?

They don't need one! Check out my guide to vegan egg substitutes and you'll learn that sometimes no egg substitute is needed at all! These pancakes are one case where that applies — the flour binds them on it's own, and the baking powder and soda act as leavening agents. 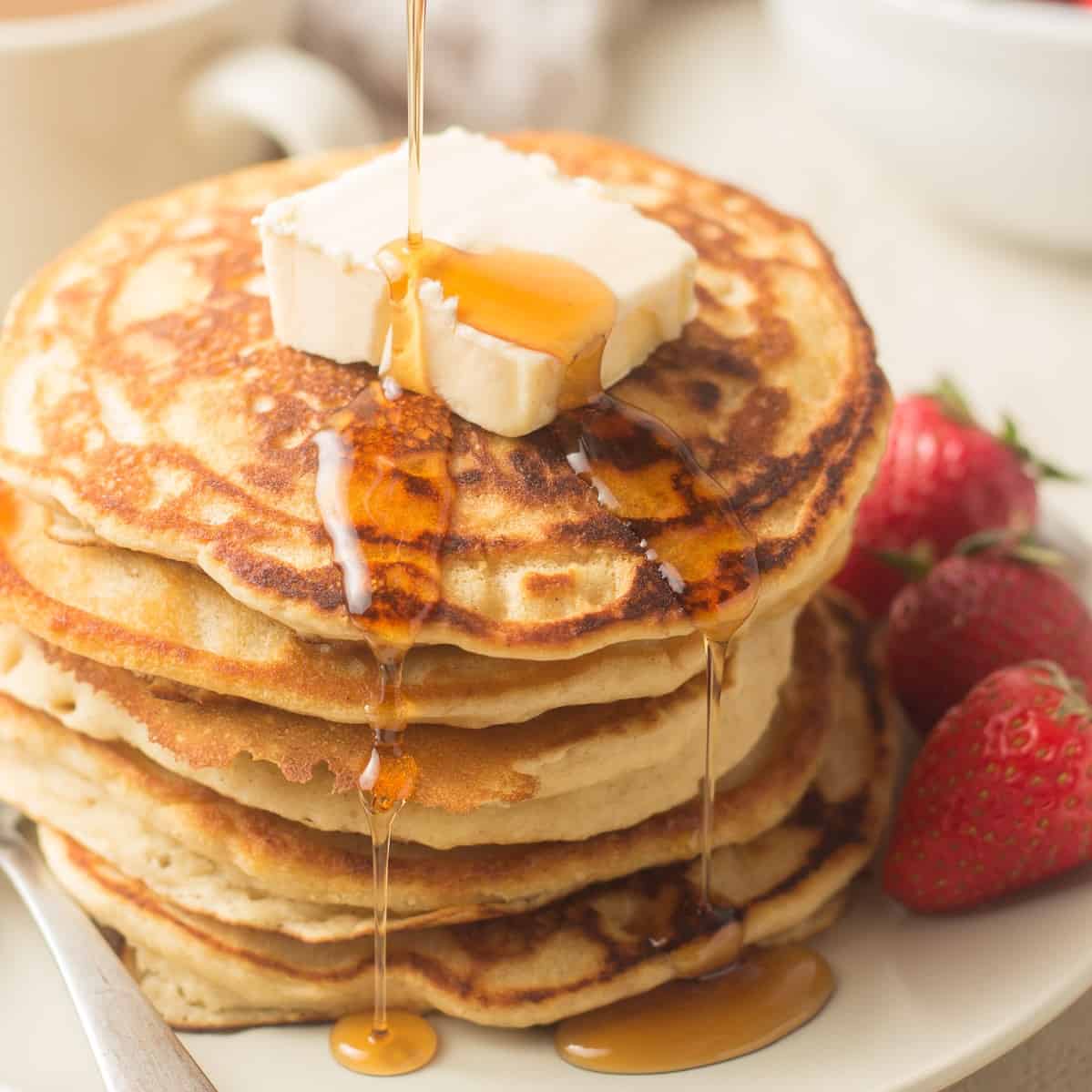