These vegan blueberry pancakes are light, fluffy, and bursting with juicy summer blueberries.

They don't sell vegan buttermilk in stores. Or at least I've never seen it there. I guess when you take two relatively low demand items like vegan milk and buttermilk, and you put them together, they become a really low demand item that even the big fancy Whole Foods can't justify stocking.

But it's really easy to make your own vegan buttermilk! Take some soy milk and add in some acid, like lemon juice or vinegar, wait a few minutes, and voila: your soy milk is now thick and sour, just like buttermilk. I've used this as a substitution in various recipes calling for buttermilk and so far it hasn't failed me. It also sometimes works in place of yogurt on occasion (that's what I use in my vegan naan).

Buttermilk is a big deal when it comes to pancake making because the acidity gets all the baking soda excited so you end up with thick, fluffy pancakes. I think maybe the thickness helps with that too but don't quote me on that because I'm not sure (any buttermilk pancake experts around?). It's a good thing some soy milk with a little lemon juice or vinegar is thick and acidic, because it should do exactly the same thing as buttermilk to give you nice and fluffy vegan blueberry pancakes.

I decided to test that theory with a nice big batch of vegan blueberry pancakes. I went with lemon juice as my vegan buttermilk-ifying agent because lemon and blueberry are delicious together. 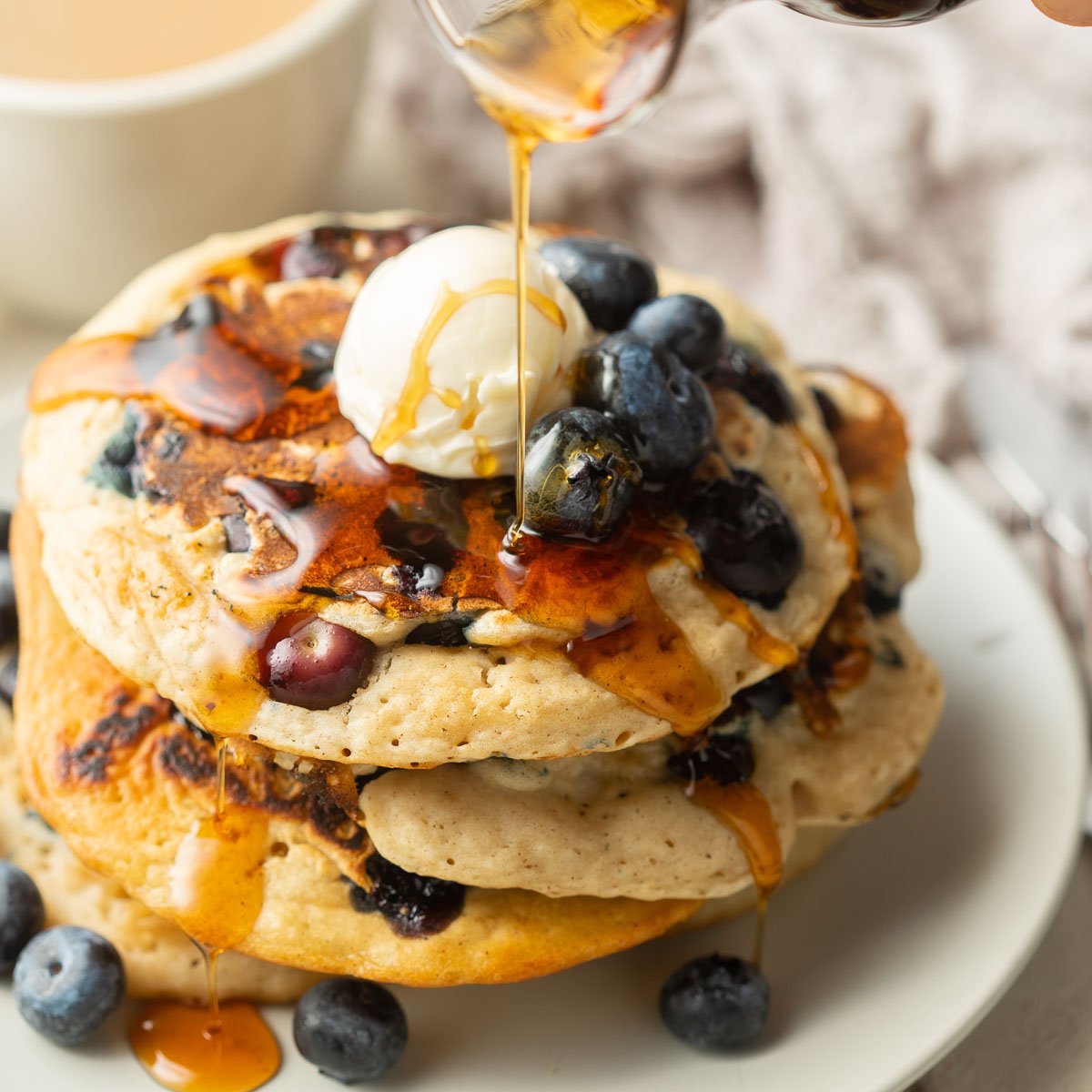 These vegan blueberry pancakes are light, fluffy, and bursting with juicy blueberries. They're absolutely scrumptious and can be whipped up in minutes!