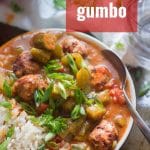 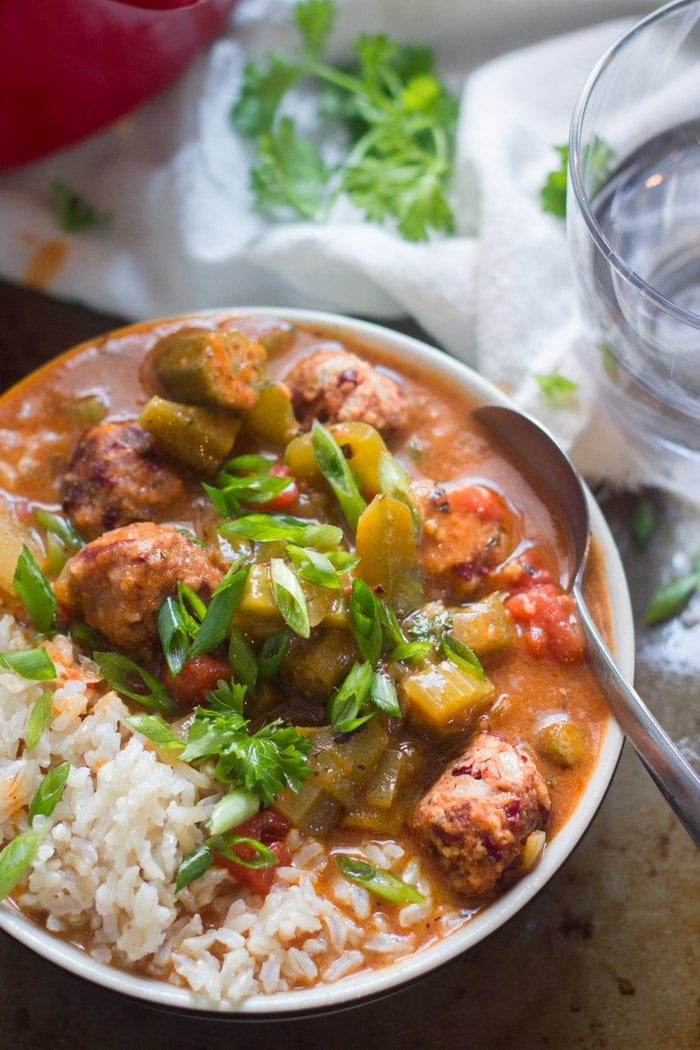 Should I apologize for the onslaught of soup and stew recipes coming from this site lately. Truth be told, there are more to come. Hey, it's been cold!

Last week I had a bunch of non-soup or stew recipes lined up but I just couldn't bring myself to make them. The bomb cyclone had temperatures in the single digits and as someone known for wearing sweaters even in July, I was a wee bit cranky. Soups and stews were about all I could handle. 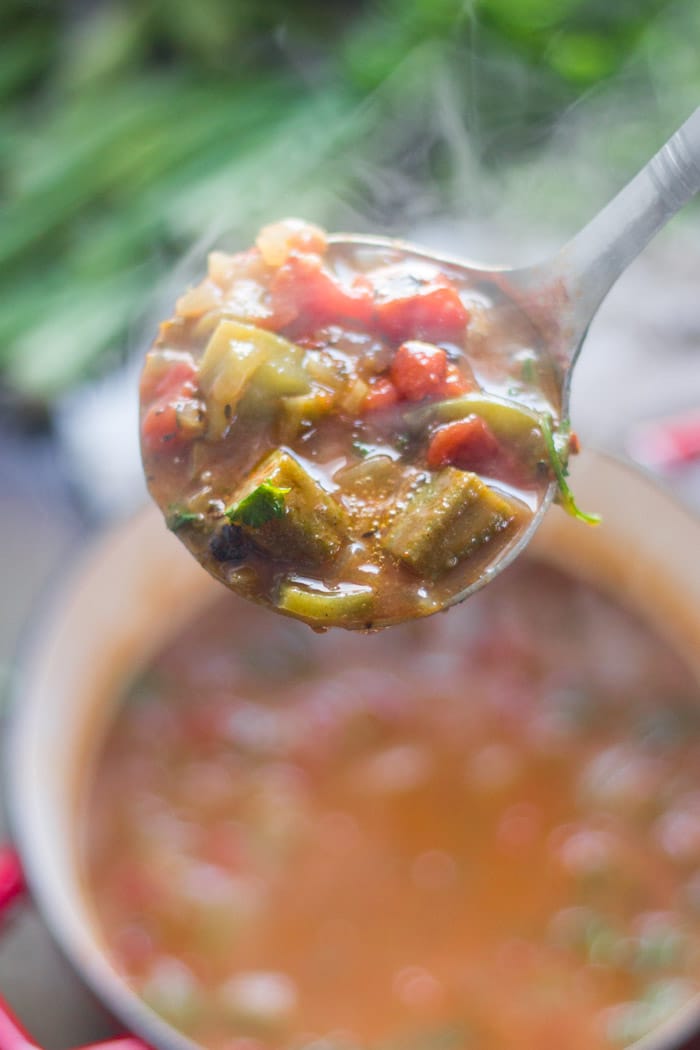 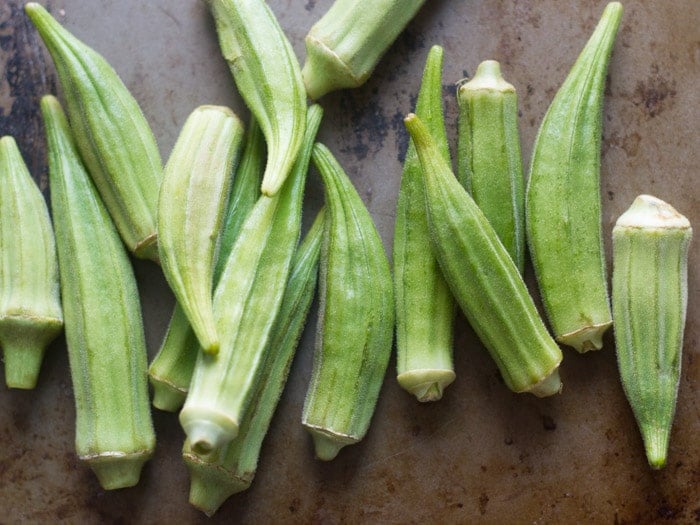 I posted a sweet potato gumbo recipe a few years ago (and it's delicious), but that recipe came from a cookbook and I wanted to take a crack at developing my own. Plus, that one doesn't have okra in it, so I was still itching for a chance to work with this new-to-me veggie.

So this new recipe ended up being perfect bomb cyclone food for several reasons.

First, and most obvious, you can't beat a piping hot bowl of stew when it's ridiculously freezing out.

Second, gumbo is spicy! Does spicy food warm  you guys up when it's cold out? It does for me. The more cayenne pepper, the better. 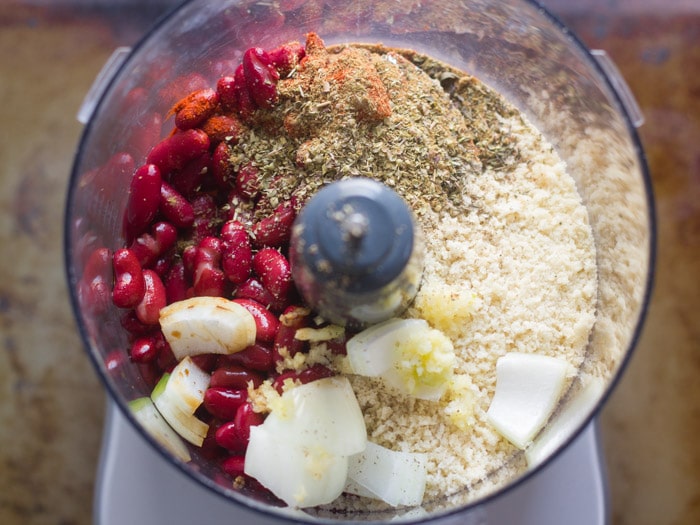 Third, this gumbo has vegan meatballs (beanballs if you prefer). Why's that awesome? Aside from making the stew extra hearty, you get to turn on the oven. Turning on the oven is one of my favorite things to do when it's cold outside.

Okay, so traditional gumbo doesn't have meatballs, but we're rule-breakers around here. Some versions of traditional gumbo do have andouille sausage, but sausage is a bit tougher to replicate than meatballs, so I decided not to attempt it. I made my balls with red beans and a bunch of the same spices you'd find in andouille sausage. How perfect is that? 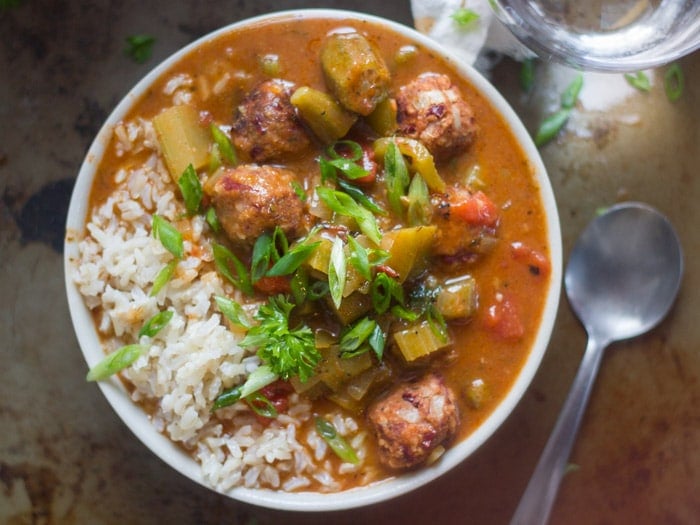 The meatballs do make this soup a bit more labor intensive, so if it's not a snow day and you're in a rush to get dinner on the table, feel free to just throw in a can of red beans or some extra veggies. You could even use store-bought vegan meatballs or chopped up vegan sausage links if you're into that. It'll still be super delicious. 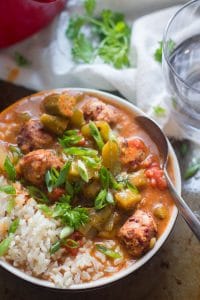 For the Vegan Gumbo

For the Anduille Red Bean Meatballs

To Make the Gumbo

To Make the Meatballs

If you have any leftovers, store the meatballs separate from the stew so they don't get soggy.