Tender summer veggies and chickpeas are simmed up in a Cajun spiced sauce to create this hearty and flavorful vegan étouffée. 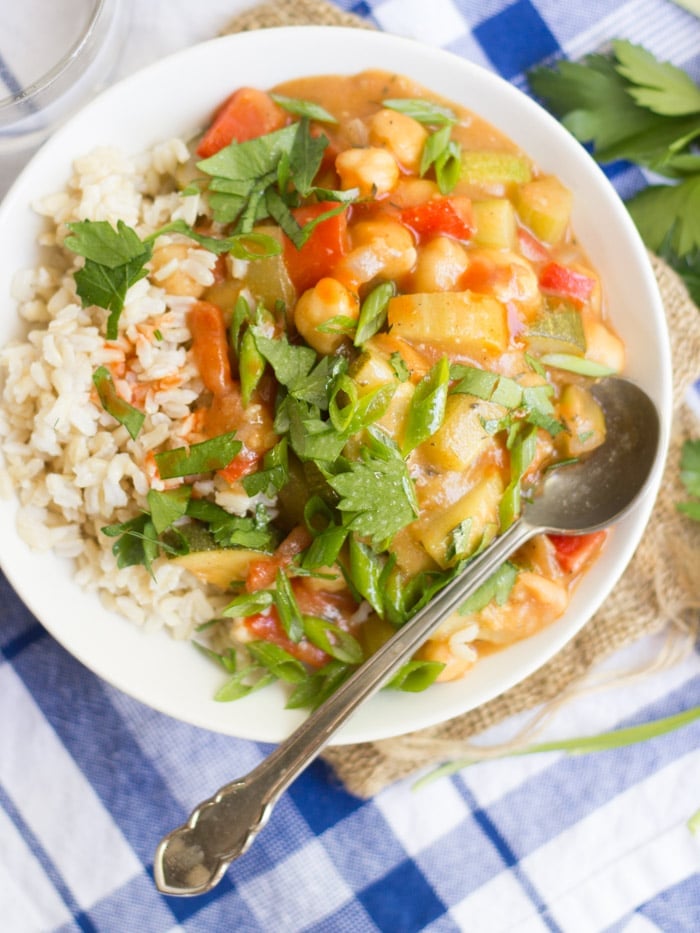 I have no idea what I'm doing. Just a warning. I've never had an authentic version of étouffée, which would normally be made with some type of shellfish, or maybe sausage. I made mine with zucchini and chickpeas. I'm sure a few southern home cooks will see this and cringe, but you know what? It was delicious! Authentic or not, this stuff was good enough to give me a wicked mouth burn because I couldn't hold back on the taste testing. So there. 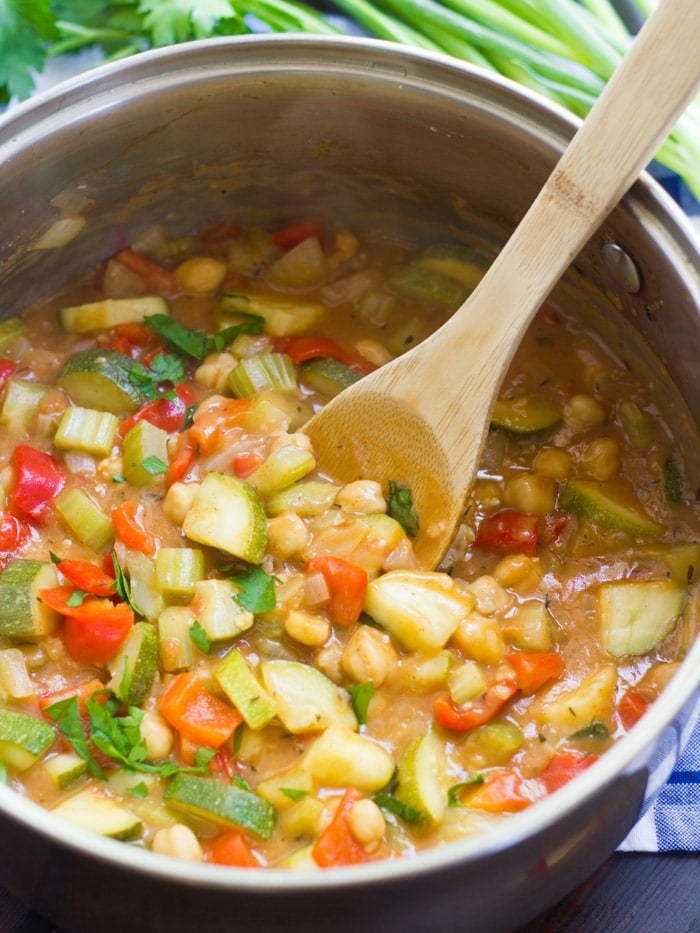 A few things I'm pretty sure you will find in an authentic version of this dish are celery, peppers, and in some cases, tomatoes. I decided to roll with the veggies, and since zucchini season is nearly here, throw in some of those too. The chickpeas are there for protein, but if you're into vegan sausage, chop up a few links and throw them in.

I ended up loving this dish, way more than I even thought I would. It's spicy, but just enough to enhance the flavor of the veggies and herbs. Definitely not enough to set your mouth on fire (husband confirmed). Feel free to load up on the hot sauce, if that's what you like, and definitely load up on the fresh parsley and scallions. 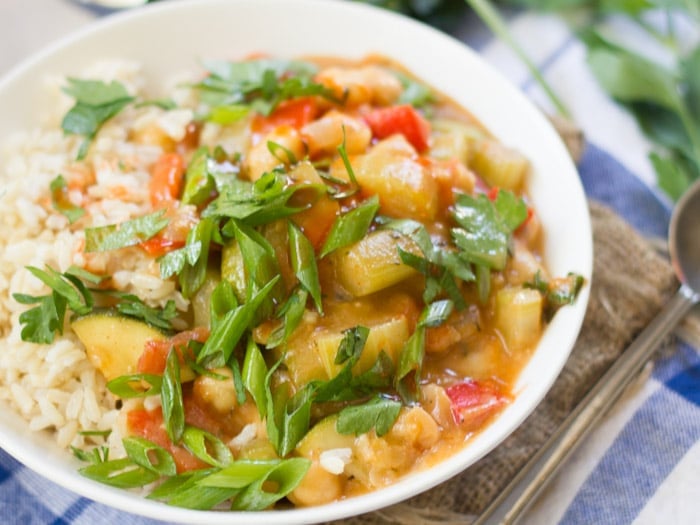