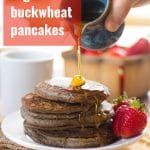 Start your morning with a stack of these fluffy vegan buckwheat pancakes, flavored up with a hint of cinnamon and drizzled in warm maple syrup!

Just to be clear, I eat breakfast every day of the year. Most days it's the only thing that gets me out of bed, but in the spring, my tolerance for morning improves quite a bit.

I'm never what you'd call a morning person, but some early daylight definitely helps get me moving, and even sometimes even taking on morning projects as ambitious as a vegan omelet, tempeh benedict, or in this case, vegan buckwheat pancakes.

I think this is a good thing for everyone, since brunch seems to be a big thing in the spring.

So a couple of weekends ago I got up and whipped up these pancakes, and I think they're my favorite ever, despite being super simple. They're a bit heartier than your basic vegan pancake and deliciously satisfying.

For more guidance, check out my video! 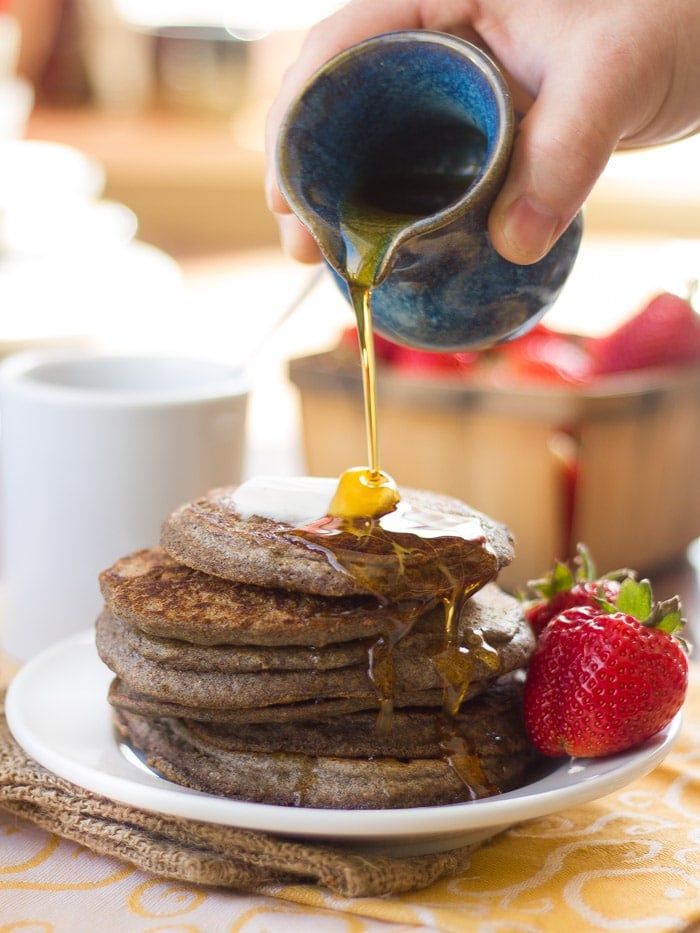 I haven't been adding any sweetener to my pancakes lately. I don't really think it's necessary, especially given the fact that they get drenched in maple syrup, but if you prefer a sweeter cake feel free to add 1-2 tablespoons of your favorite granulated sugar.