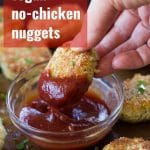 Chickpeas and artichoke heart nuggets are coated in a mixture of panko breadcrumbs and cornmeal, and pan-fried up until golden to create these crispy, delicious and satisfying vegan chicken nuggets. 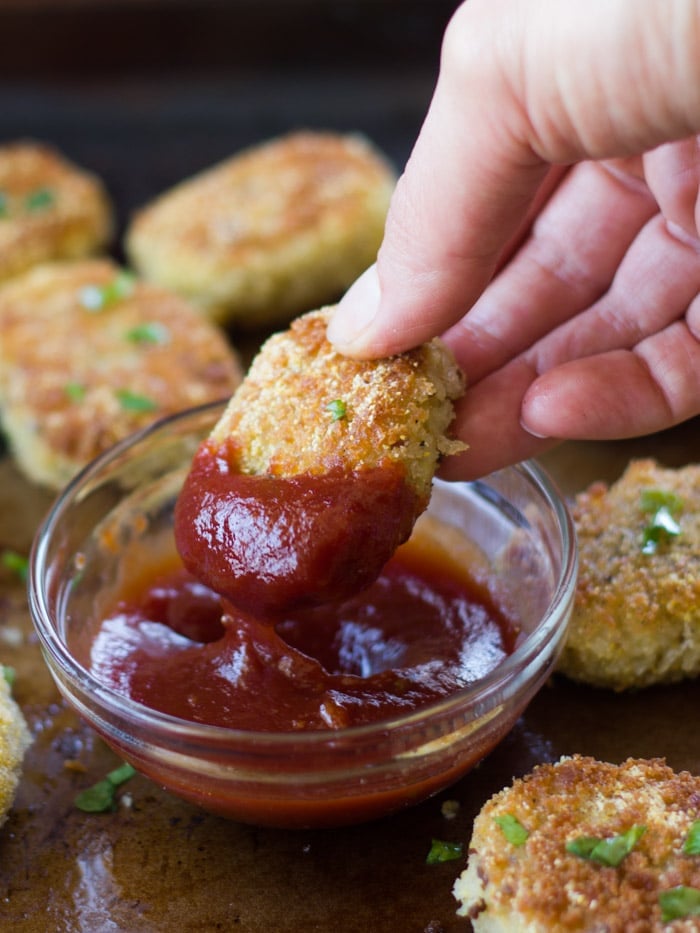 Well, I suppose this was bound to happen. I got the idea in my head back when I posted my vegan chicken Parmesan a few months ago. I even saw a few people commenting on social media that the recipe would be perfect for making vegan chicken nuggets. And so, here I am, with a recipe!

Chickpeas are on of my favorite ingredients for adding meaty texture to vegan dishes. (Proof: I even made them into a meatloaf.)

But I added a little something to this recipe. I didn't exactly follow the vegan chicken Parm recipe. In fact, this is a bit of a hybrid between that recipe and my artichoke burgers from last year. Artichokes are pretty meaty, so I thought they'd be perfect. 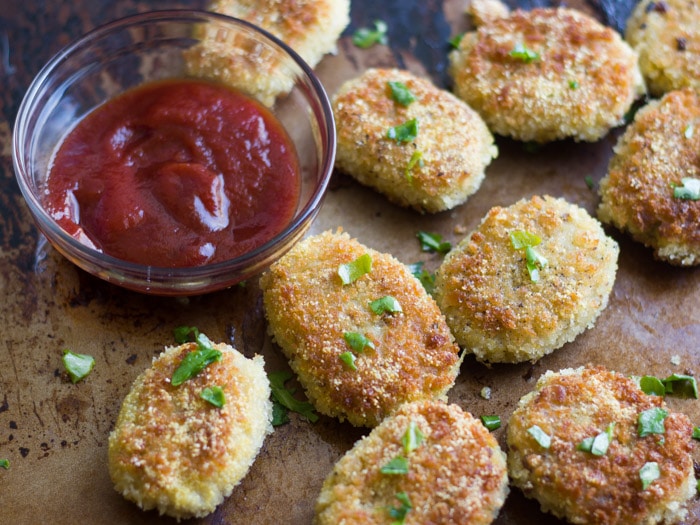 One thing about these nuggets: they're fried. Not deep fried, but shallow-fried. So really, if you ever buy frozen vegan chicken nuggets, these are probably no heavier on oil than those, but at least you're familiar with everything that goes into these! 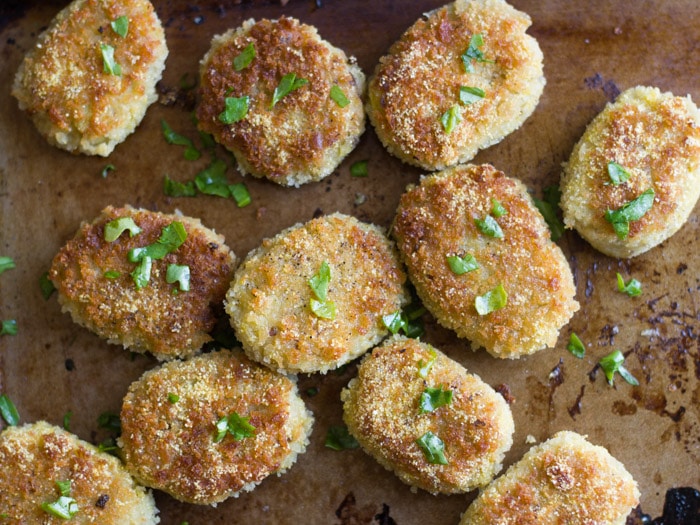 I feel like I have to mention the whole fried thing because when I post a recipe like this I can be sure somebody will ask if they can be baked. The answer, in this case is yes, but they won't be as good.

I tried a baked version a month or so ago and ended up scrapping it because those nuggets were just okay. If you'd prefer to bake them, do so at your own risk (and at a time and temperature of your own choosing, because like I said, I didn't like mine so you probably don't want to use my instructions for the baked version). 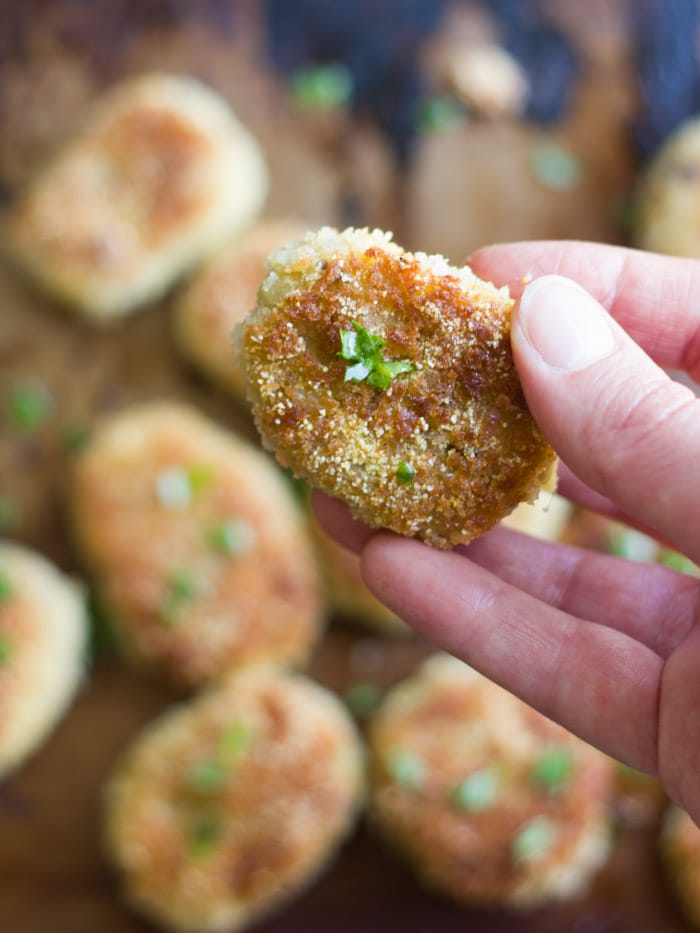