This pudding, it's not really French. It was born in my kitchen in southeastern Pennsylvania, but I'm calling it French vanilla chia pudding. I was always a chocolate kind of girl, but when I was a kid I was fond of French vanilla ice cream. I looked around online a bit to figure out what's the key to making something French vanilla, and it turns out the answer is eggs. Total surprise to me, because I couldn't stand eggs.

I don't recall my ice cream ever tasting eggy, just rich, creamy and delicious. So that's what I went for when I made this pudding, and you know what my secret vegan ingredient was? Tahini. Tahini is my secret ingredient for everything lately, so I guess it's not so secret anymore.

Anyhow, this was the best vanilla chia pudding ever, in my humble opinion. I could've eaten in plain, straight from the jar, but I opted to throw in some roasted strawberries because they're awesome. Feel free to top or layer with your favorite chia pudding accompaniments. 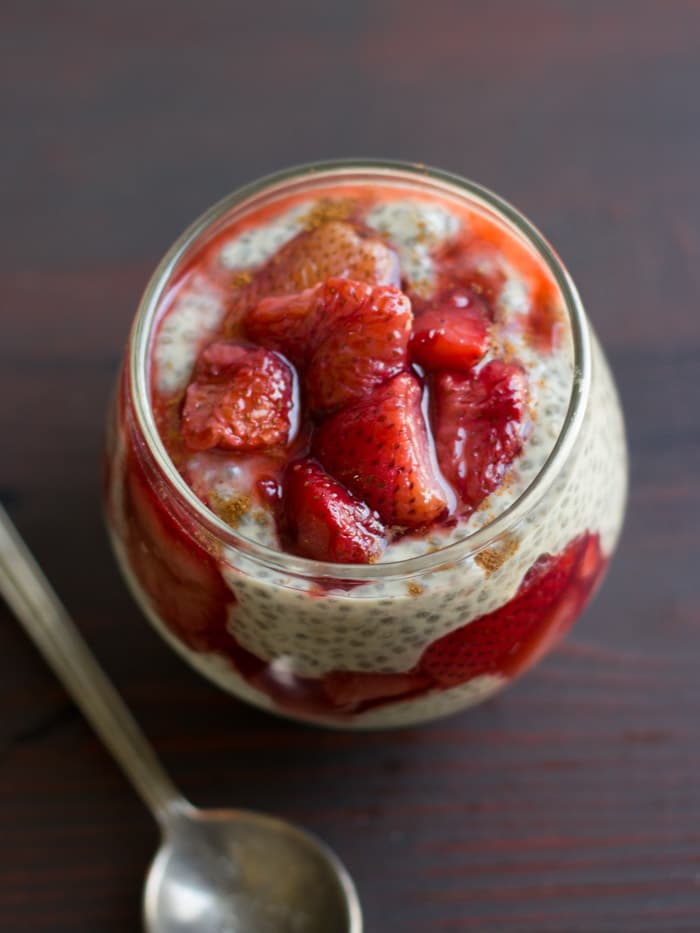 I served my pudding with a sprinkling of cinnamon and roasted strawberries.