Are you guys familiar with Minimalist Baker? I discovered this lovely blog a few years ago, and since then I've had to replace several laptops, each after attempting to eat my monitor. That's why I'm so glad there's a Minimalist Baker cookbook now! Minimalist Baker's Everyday Cooking by Dana Shultz has pages and pages for me to destroy with my teeth, and then when I'm through, I can get another copy. Cookbooks are way cheaper than computers!

Getting serious though, like the blog, every piece of food found in Everyday Cooking is completely enticing, beautiful, and surprisingly uncomplicated. The upper left hand corner of every recipe page will tell you if the dish is 30 minutes or less, 10 ingredients or less and/or gluten-free. Most of the dishes meet several of these criteria. The dishes themselves are of the type I swear will convince any die-hard omnivore that vegan eats are where it's at. Personally, I want to make them all, starting with the double chocolate gluten-free waffles, Thai baked sweet potatoes, chickpea fresenjan, creamy broccoli "cheddar" soup, 1-bowl vegan tiramisu cake, and pizza burgers.

I guess I wanted to make the cashew soba noodle salad the most though, because that's where I got started. It was awesome. If you're a fan of peanut sauce, it's time to give cashew butter sauce a try. It's like peanut sauce's slightly mellower, sweeter cousin, and it makes for a seriously decadent and delicious soba noodle salad, coating every crispy veggie and noodle to slurpable perfection.

Also, this was so incredibly easy to throw together. The only real cooking involved is boiling a bunch of noodles. Other than that, it's just chopping and tossing stuff into a bowl. So easy! And even though this is named a salad, it's really just a salad according to that strict definition of it's eaten cold and has a bunch of raw veggies. This salad is seriously hearty, and if you eat it for dinner I'm betting you'll be more satisfied than if you'd put away a couple of burgers. 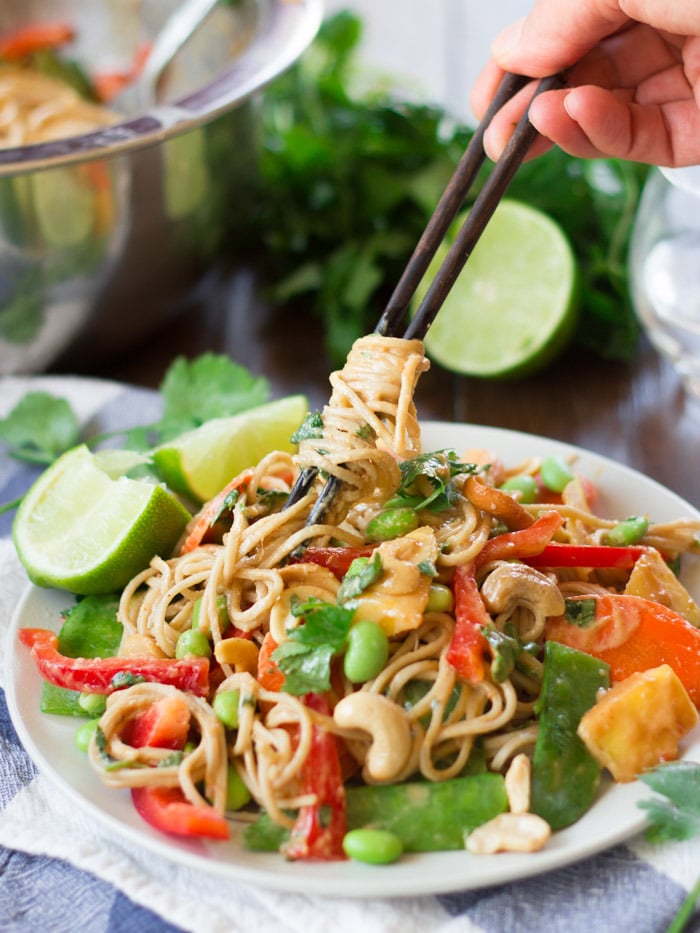