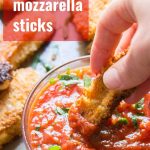 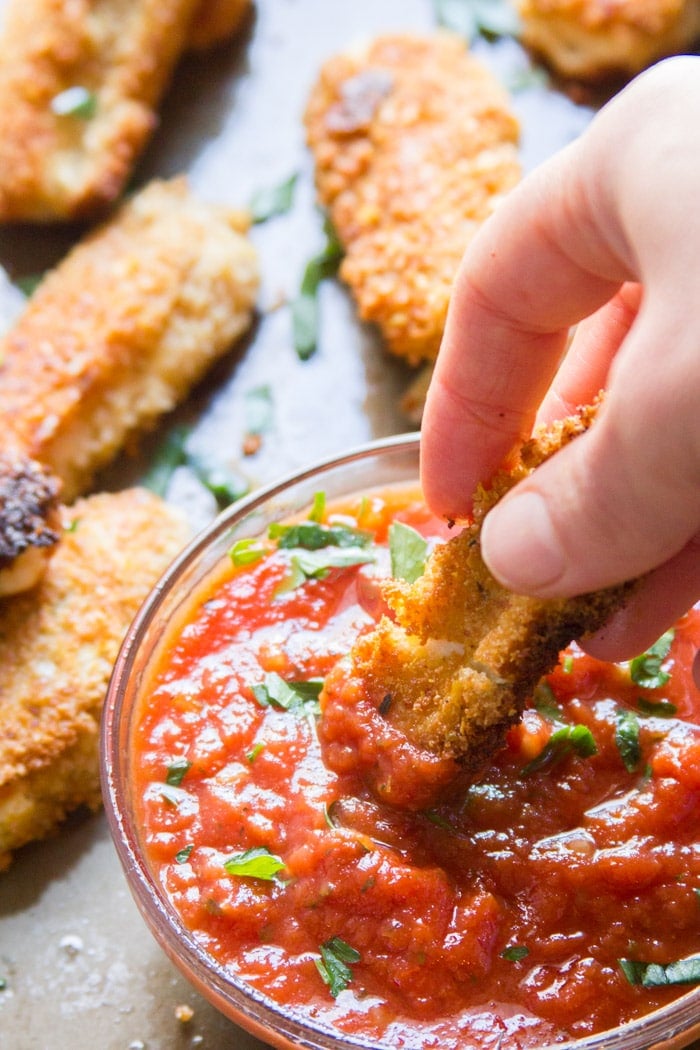 This isn't a New Year's resolution recipe. I feel like I have to put that out there or else somebody will lose their mind over the oil and the frying.

This is Super Bowl food. But. It's vegan Super Bowl food, and you've got to admit it's a heck of a lot better than a lot of the other options out there. 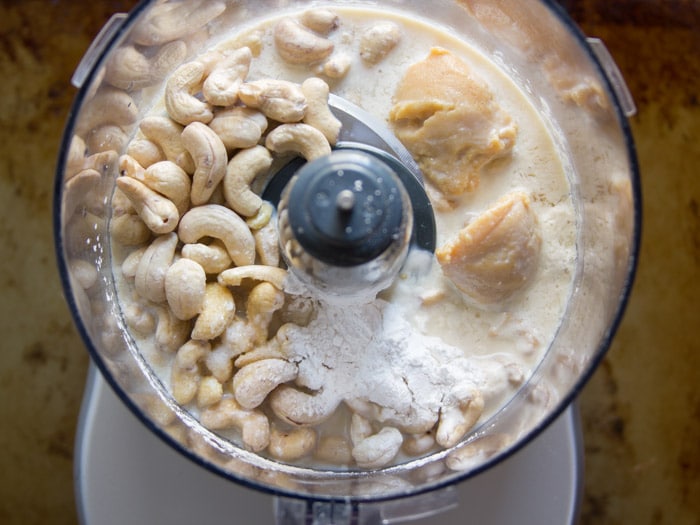 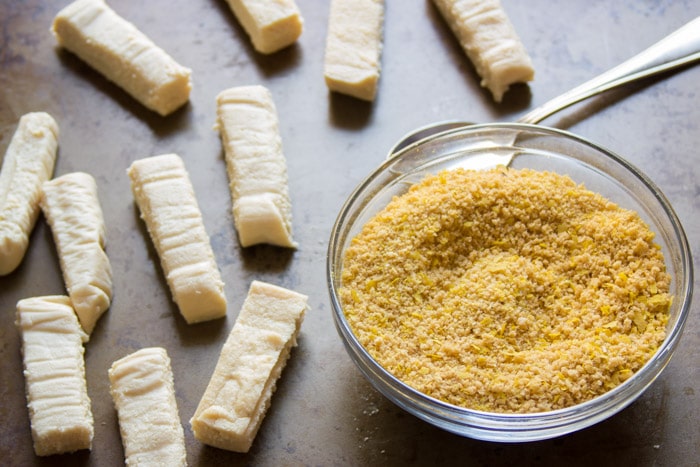 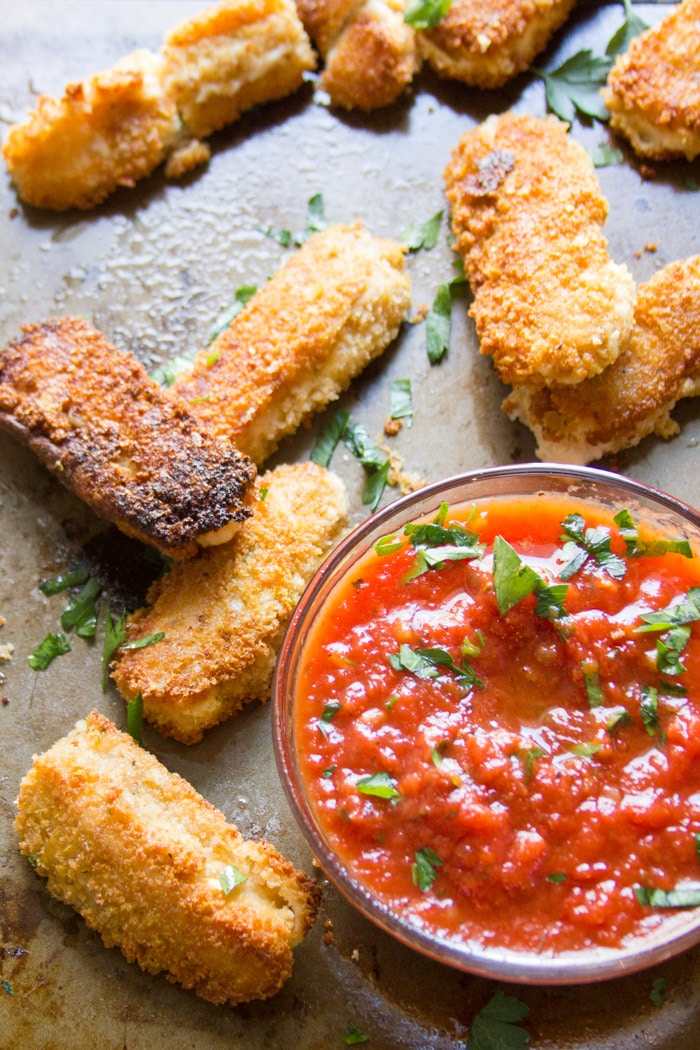 Mozzarella sticks were my favorite greasy finger food back when I first went vegetarian. In fact, I don't even think I considered them finger food. I made a meal of these things at so many chain restaurants back in the nineties! So of course I'm obligated to create a vegan version for this site.

My vegan mozzarella sticks are made using the same basic mozzarella recipe I used in my eggplant Parm and French onion soup. I had to adapt a bit though, because mozzarella stick cheese needs to be a bit sturdier for frying and eating with your hands. Coconut oil helps firm the mixture up in the fridge, just like it does for a cheesecake, and then to firm it up even more you stick the cheese in the freezer for a short period before frying. 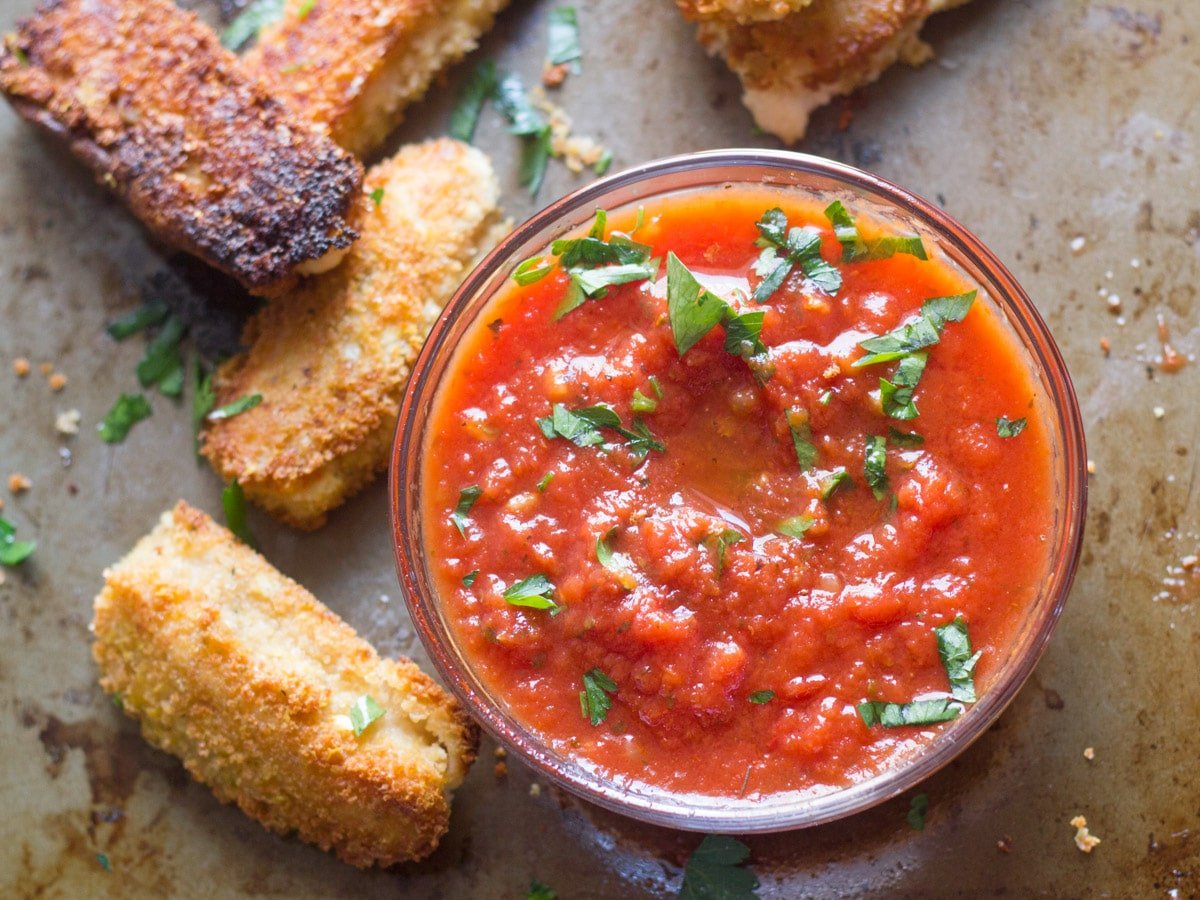 Because I know I'll get questions about baking these sticks, I gave it a try, and the results were both good and bad. The good news: they crisp up just as nicely in the oven as in the skillet. The bad news: due to the extended cook time they don't retain their shape as sticks. Just as tasty, but more along the lines of oval-shaped mozzarella blobs. If that doesn't bother you, then bake away! 10 minutes on each side at 425° should do it! 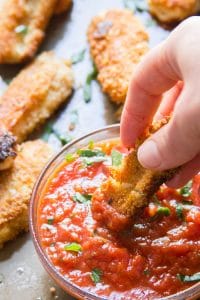 You can bake these, but the'll flatten out quite a bit. If you're okay with that, bake then on a parchment-lined baking sheet at 425° for 20 minutes, flipping halfway through.

You could probably also deep fry them, but I wasn't brave enough to try. Please let me know how it works out if you give it a go!