×
You are here: Home / Entrees / Vegan Chicken ala King 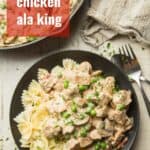 This scrumptious vegan chicken ala king is made with hearty seitan "chicken," tender mushrooms, pimentos and peas in a rich and creamy sauce! Perfect over pasta, rice, biscuits or toast!

I've had a few requests for vegan chicken ala king over the years, and well, I kind of procrastinated. Chicken ala king is one of those dishes that I never ate growing up, so I had no idea what it's supposed to taste like! I looked up a few recipes and couldn't really wrap my head around it.

But I've had this problem with other vegan dishes. I felt like I was flying blind when I created my vegan meatloaf and vegan chicken pot pie, and they both turned out delicious!

I recently posted a call for some recipe requests on my Facebook page, and multiple people asked for vegan ala king, so I decided it was time. I'm so glad I did! This dish was absolutely scrumptious!

How to Make Vegan Chicken ala King

The following is a detailed photo tutorial on how to make this dish. Scroll all the way down if you'd prefer to skip right to the recipe!

This dish keeps well and makes for great leftovers! Store them in a sealed container in the fridge for about 3 days or in the freezer for 3 months.

I'm sure it can! Try substituting soy curls for the seitan.

Is there a substitute for cashews in this recipe?

Raw sunflower seeds or macadamia nuts can usually be substituted for cashews, but I haven't used either in this recipe so no promises! 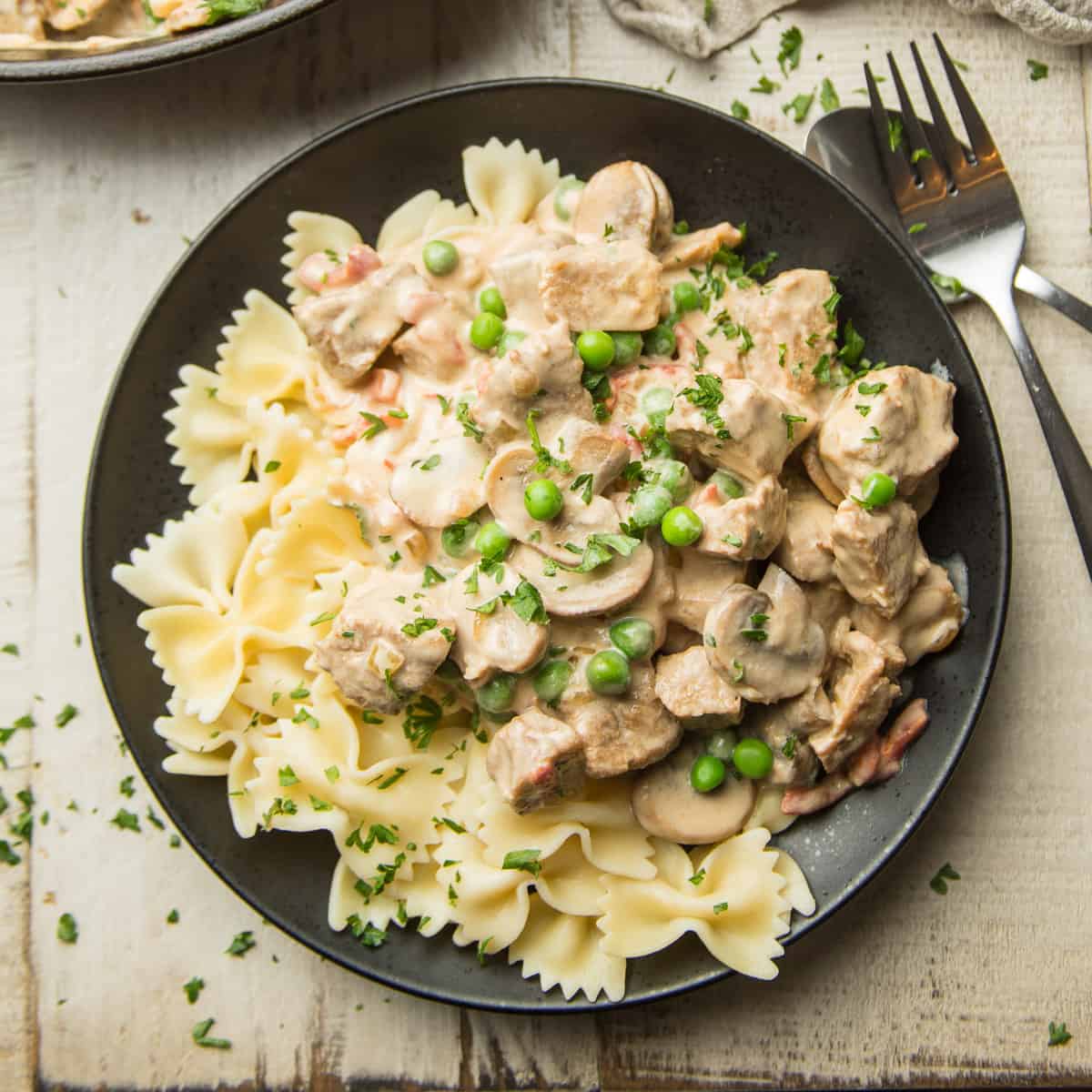 This scrumptious vegan chicken ala king is made with hearty seitan "chicken," tender mushrooms, pimentos and peas in a rich and creamy sauce! Perfect over pasta, rice, biscuits or toast!