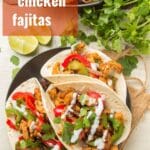 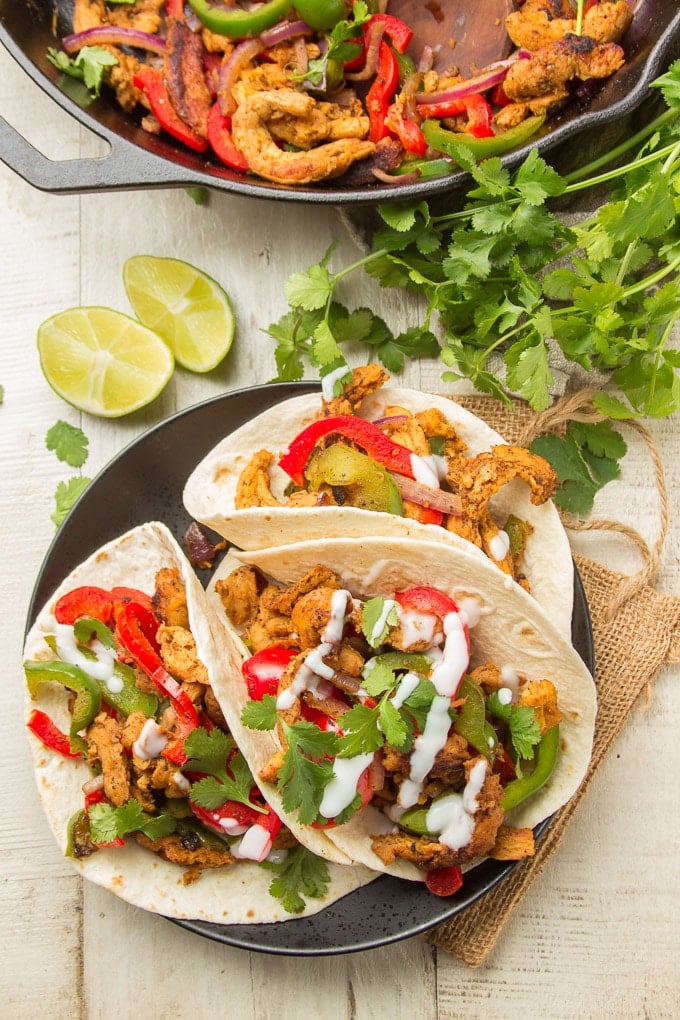 I'm back with another soy curl recipe! As you might have noticed, I'm a big fan, and since they're a new-to-me ingredient, I'm finding myself constantly coming up with new ideas for using them. 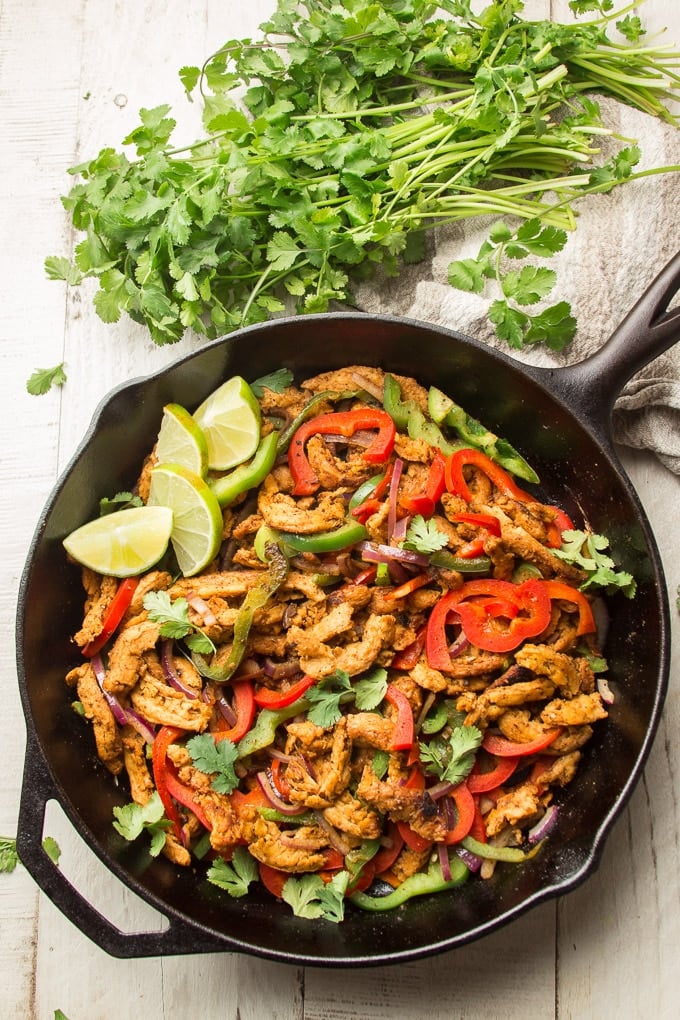 I'm sure I'll get a million and one questions on soy curls, so I have to include this explanation. Soy curls are a meat substitute made from soy. The great thing is that they're less processed than other products you might steer clear of, like TVP.

Soy curls are sold dried, and all you need to prepare them is soak and then cook them. For more details, check out the post that goes along with my vegan ropa vieja recipe.

How to Make Vegan Fajitas

Get started by doing your prep work. Soak your soy curls in some broth. Mix up your marinade, and once the soy curls have had a few minutes to soften up, add the marinade and stir them up until they're coated. Let the soy curls sit with the marinade on them while you slice an onion and a couple of bell peppers. 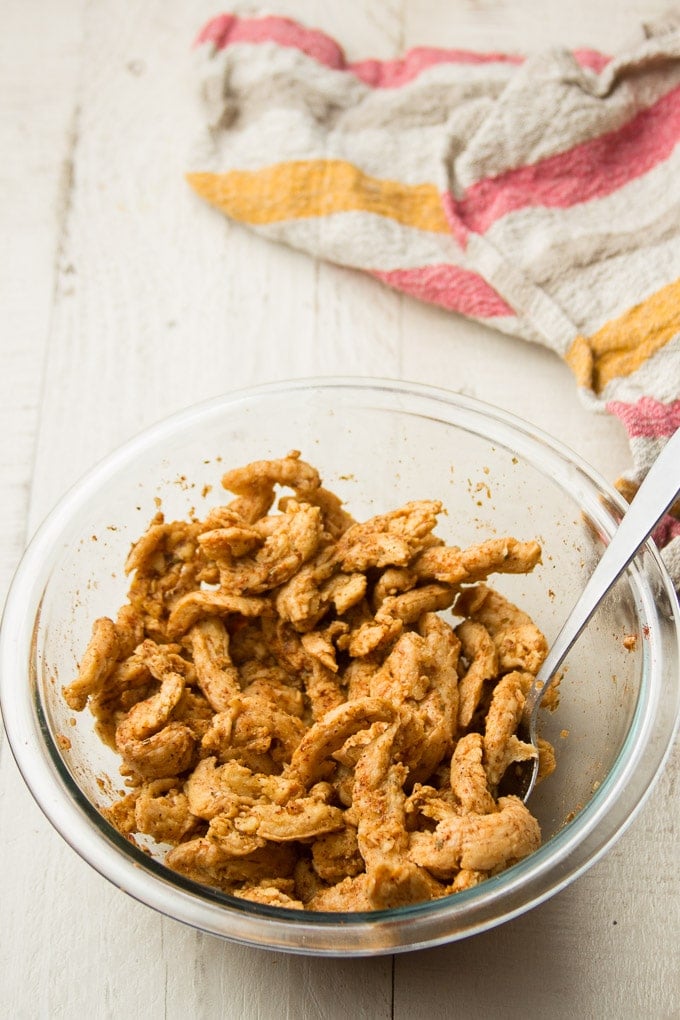 Now heat up some oil in a skillet. Once the oil is hot, add your soy curls. You might have a bit of extra liquid in the bowl — just pour it into the skillet with the soy curls.

Cook the soy curls for a few minutes, until the excess liquid has reduced and your vegan "chicken" strips have some browning. Make sure to flip them once or twice so they cook evenly. Now remove the soy curls from the skillet and transfer them to a plate.

Add a bit more oil to the skillet, raise the heat, and add your bell peppers and onion. Cook the veggies until they soften up a bit and darken in spots.

Now return the soy curls to the skillet and toss everything to combine.

Take the skillet off of the burner and sprinkle the mixture with some fresh cilantro. 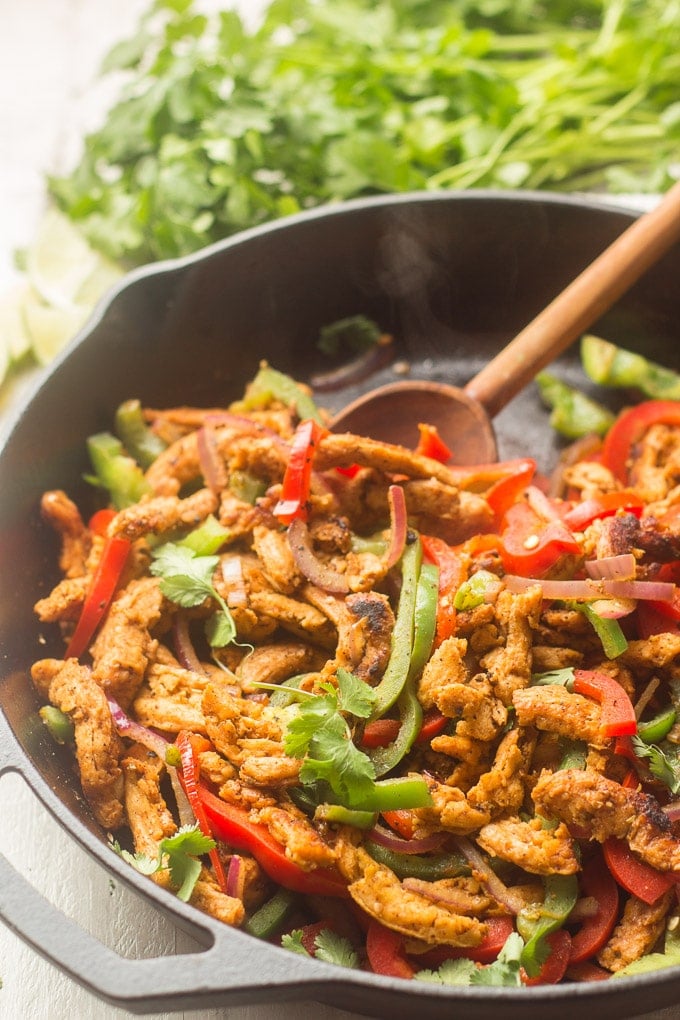 Stuff the filling into tortillas and serve with salsa and/or cashew cream. 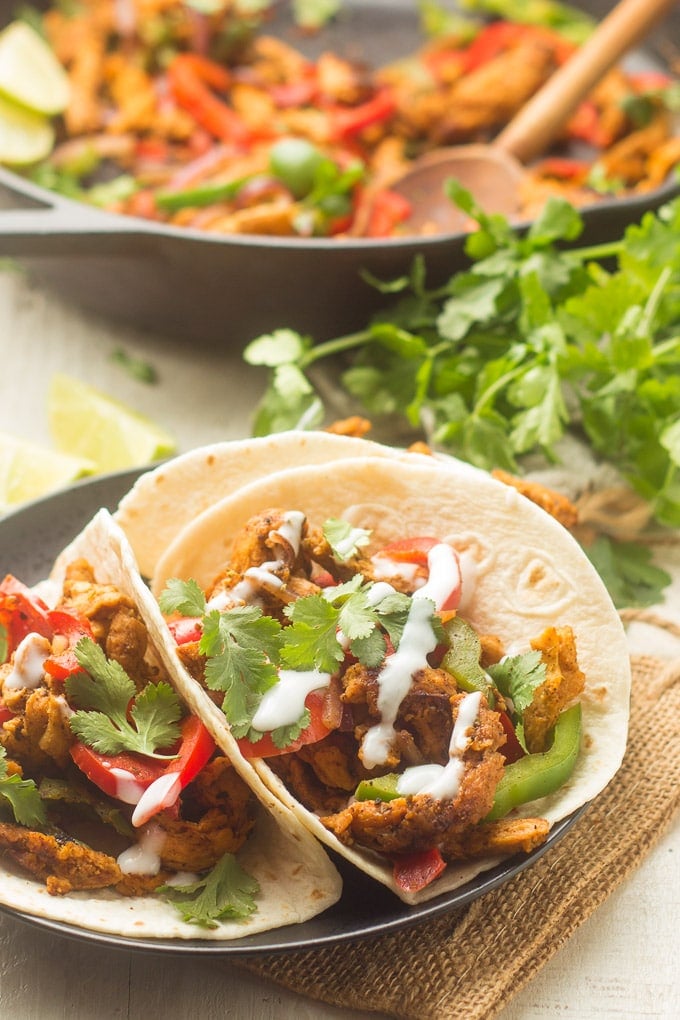 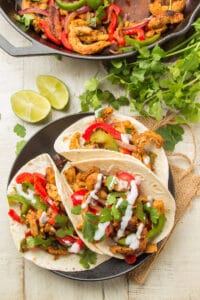