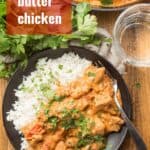 This vegan butter chicken is decadent and flavorful! Super easy to make and tastes just like the real deal.

Holy moly, guys. When I set out to create this recipe I was sure it would be good, but it blew away all of my expectations. It was so rich, so decadent. I'll confess that I've never had regular old butter chicken, but I can't imagine it being better than my vegan version.

How to Make Vegan Butter Chicken

The following is a detailed photo tutorial on how to make this dish. Scroll all the way to the bottom if you'd prefer to skip right to the recipe!

Probably! Butler Soy Curls have a very similar texture to seitan, and they're gluten-free. To substitute them in this recipe just soak them in vegetable broth for a few minutes, then drain chop them up roughly, and add them to the recipe just like you would seitan.

Is this dish spicy?

Yes, in that it has a lot of flavor from spices, but it's not very hot. If you'd like a little heat, add some cayenne pepper to yours.

Is there a substitute for cashews?

Macadamia nuts or raw sunflower seeds often work, but I haven't tested the recipe with either, so no promises. If you're up for some experimentation, you could also play around will full-fat coconut milk to create the sauce. Check out my vegan korma recipe for some guidance. 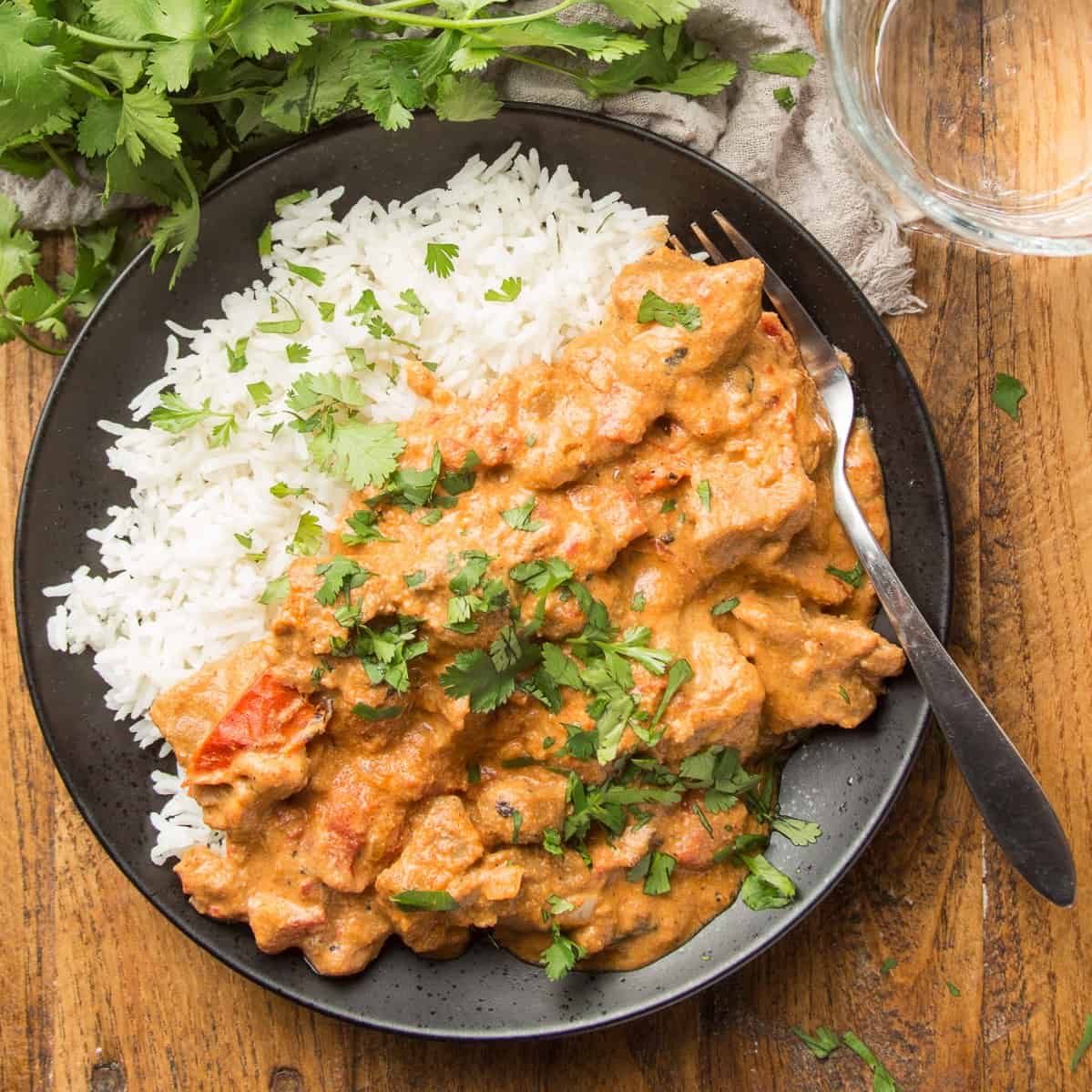 This vegan butter chicken is decadent and flavorful! Super easy to make and tastes just like the real deal.

*If you use my homemade seitan, you'll need about 1 ½ batches.

**Nutrition information does not include rice.