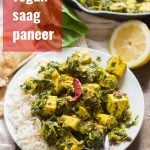 This vegan saag paneer has pan fried tofu cubes that stand in for cheese and are smothered in spicy curried spinach and coconut milk mixture. 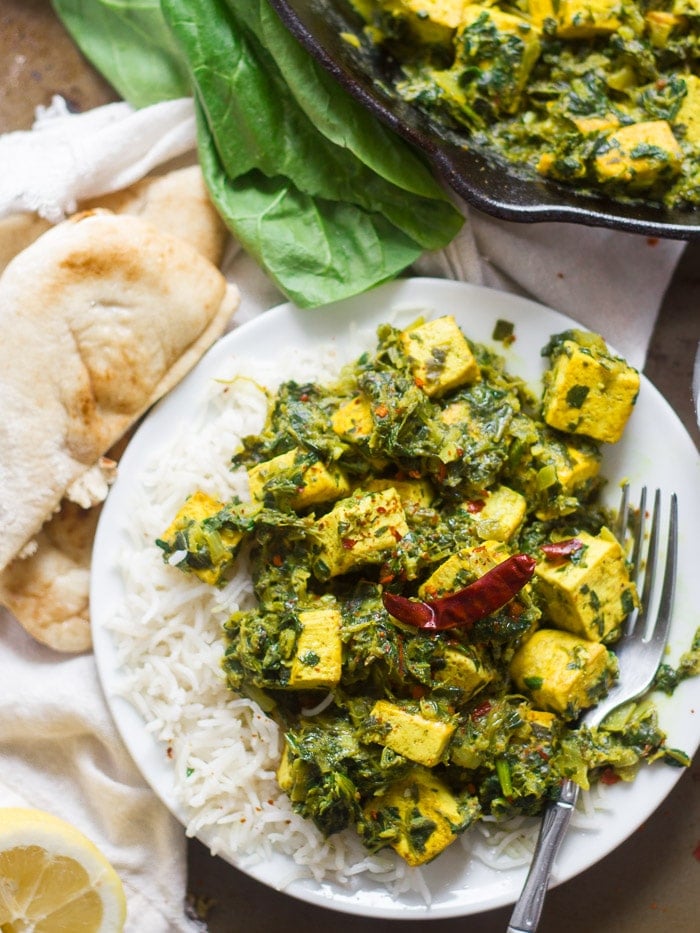 I've been eating a lot of spinach lately. You might have noticed. A girl's gotta get her iron. I've also been cooking and eating a lot of Indian food lately. I think that's a fall thing. Hot, comforting and spicy veggie-packed goodness is always a nice little pick-me-up when the weather starts to cool down. 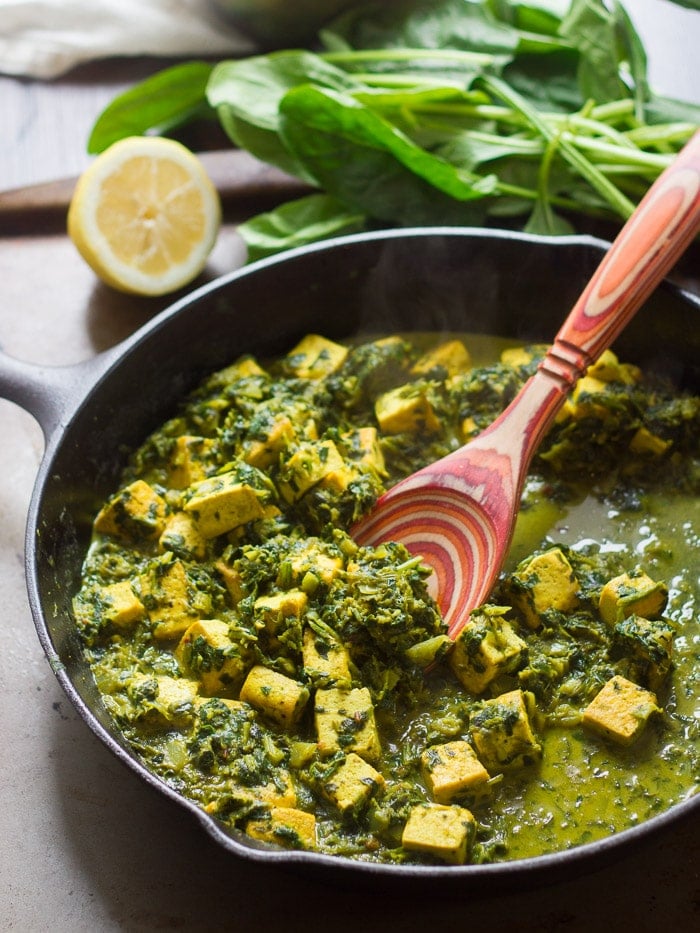 I had a bit of a revelation about veganizing Indian food recently: tofu, when covered in saucy, Indian spicyness, totally tastes like paneer. I should have known this. Years ago I had repeated discussions on this with vegan friend who ate paneer from a local Indian place, claiming it was tofu. She didn't believe me when I told her it was cheese, and continued to eat it, confident that her meal was dairy-free. In hindsight, this totally makes sense, as tofu is pretty close to a vegan version of paneer, but made with soymilk instead of dairy. 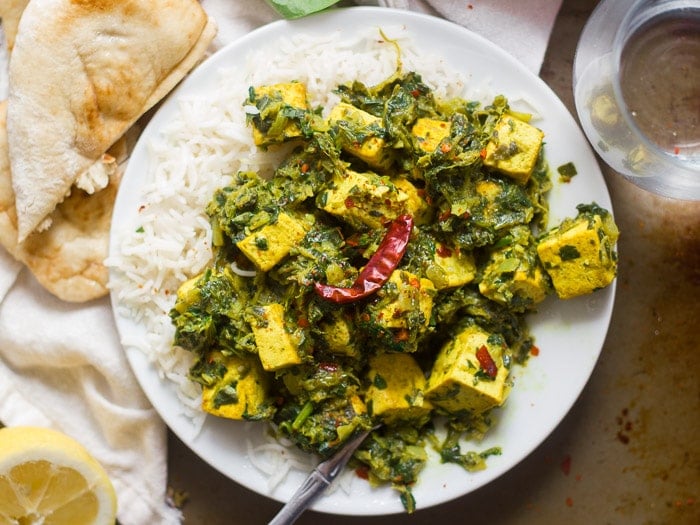 If paneer can be mistaken for tofu, then tofu should totally be able to pass as paneer.

Anyhow, I decided to put my newfound knowledge of tofu and my recent affinity for spinach together, and I ended up with a mean vegan saag paneer. I was really happy with how this came out. Like, really, really happy. As in, if this had been served to me at an Indian restaurant as saag paneer, I'd never question whether the paneer was actually tofu, or if the spinach missing something. In fact, I'd probably say to the server, "This is some fantastic saag paneer!" That's what I said when I tasted this version, only, I said it to myself, and inserted "vegan" before "saag." 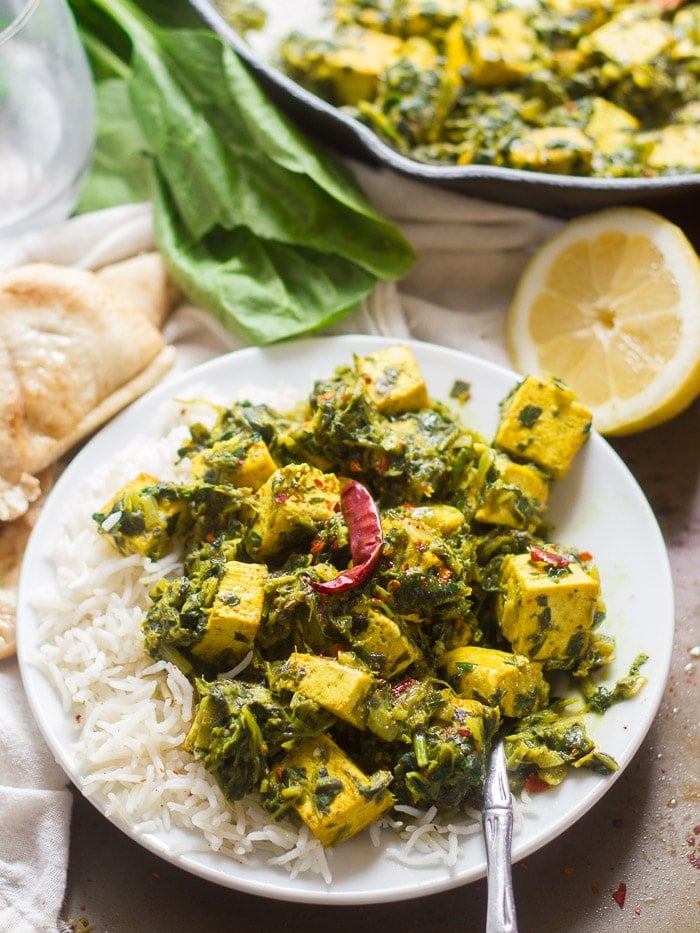 That "something" missing from the spinach would be heavy cream. I subbed a bit of coconut milk, and didn't miss any of the richness of traditional saag paneer. There is a mild coconut taste to this, which I like. Coconut paired with any type of curry is always a winner with me. If you absolutely object to the taste of coconut, and I know a few people do, cashew milk might be a good substitute.

I've made this a few times since originally posting the recipe, and found that I prefer a higher spinach to tofu ratio. If you do too, either cut the amount of tofu, oil, and turmeric in half (you'll get fewer servings though), or double everything else (in which case you'll get a few more servings).