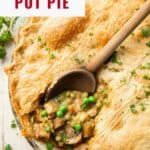 This cozy vegan pot pie is made with tender veggies simmered in savory herbed sauce and baked up under a flaky pastry crust. Tastes just like classic chicken pot pie, but this one is totally meatless and dairy-free!

My husband has been asking for a vegan pot pie recipe since we met. He's big on vegan comfort food and had lots of requests! Some things I tackled right away, like the reuben sandwich. Others took a bit longer but eventually turned out awesome, like my vegan meatloaf.

I decided to give it a go, and I have to say, this vegan chicken pot pie was absolutely delicious!

Veggies, herbs, creamy gravy and vegan chicken (which is actually seitan), are all baked up in a flaky double crust to make this savory vegan pie, which, my husband tells me actually tastes better than the pot pies he used to eat before giving up meat.

This one is a perfect vegan main dish for holidays and special dinners.

Tip: Resist the temptation to constantly stir your mushrooms as they cook. The slices need to sit on the hot cooking surface for a few minutes in order to brown.

Note: Ideally you'll need an extra deep pie dish that's 10 inches in diameter. If yours isn't big enough you can either skip the bottom crust to make extra room, or just add as much filling as you can fit. A 2-quart casserole dish could also be used — you'll just need to modify the shape of your crusts to fit.

Vegan pot pie is best served the day it's made. If you do have leftovers, try to keep them in the original pie dish, covered and sealed tight. They'll keep for about 3 days in the refrigerator. Reheat the entire dish in a 375°F oven until the filling gets bubbly again, or by microwaving individual servings.

The leftovers can also be frozen in an airtight container for up to 3 months. 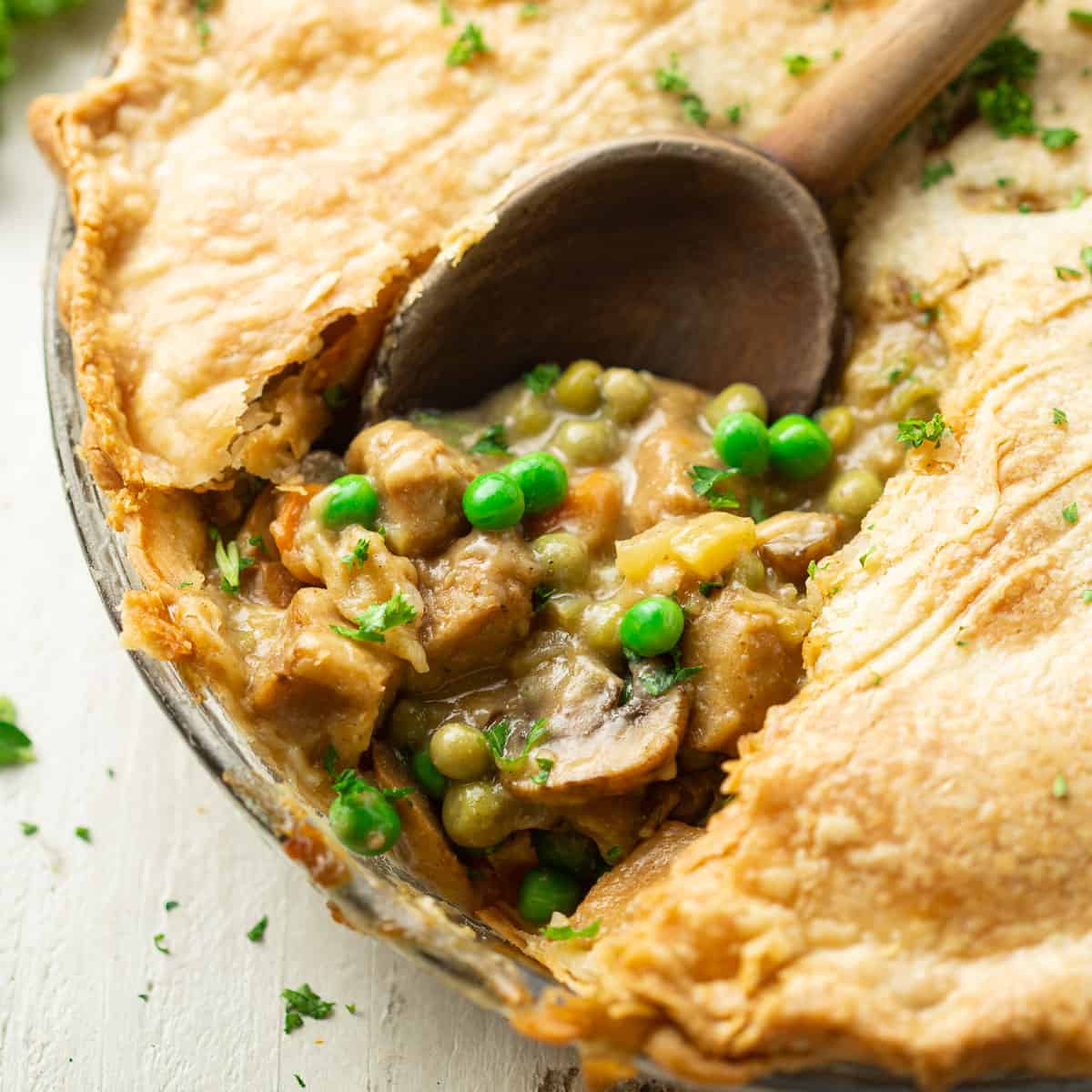 This vegan pot pie is made with tender veggies simmered in savory herbed sauce and baked up under a flaky pastry crust!