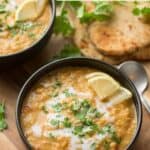 This comforting dal soup is made with hearty red lentils, Indian spices, and creamy coconut milk. It's easy to make and hearty enough for a meal! Vegan and gluten-free!

Is there anything better than a bit bowl of hearty soup? You know what I mean...soup that you can have as a meal by itself, or maybe just paired up with some salad or good bread?

Personally, soup is my favorite type of meal, especially during the colder months of the year.

Lately, this Indian dal soup is in heavy rotation in my house. It's a meal in and of itself! Red lentils are always satisfying, whether you're putting them into a hearty stew or delicious red lentil soup.

This soup is also easy enough for a weeknight, and makes for great leftovers (so we get several lunches or diners out of one batch!). It's made from ingredients that I tend to have on hand most of the time — almost all of which are pantry staples!

Let's talk about how this delicious Indian lentil soup comes together!

How to Make Dal Soup

Leftover red lentil dal soup will keep in a sealed container in the fridge for about 3 days, or in the freezer for about 3 months.

Can I substitute another variety of lentil?

You can, but your soup will have a different flavor and texture. Red lentils cook up super soft, until they're basically falling apart, whereas many other varieties like green and brown stay in tact and won't give you a soup that's as thick and creamy. They also take longer to cook and may require additional liquid.

How is dal soup served?

It's great on it's own, or paired up with a salad, some basmati rice, or homemade vegan naan. 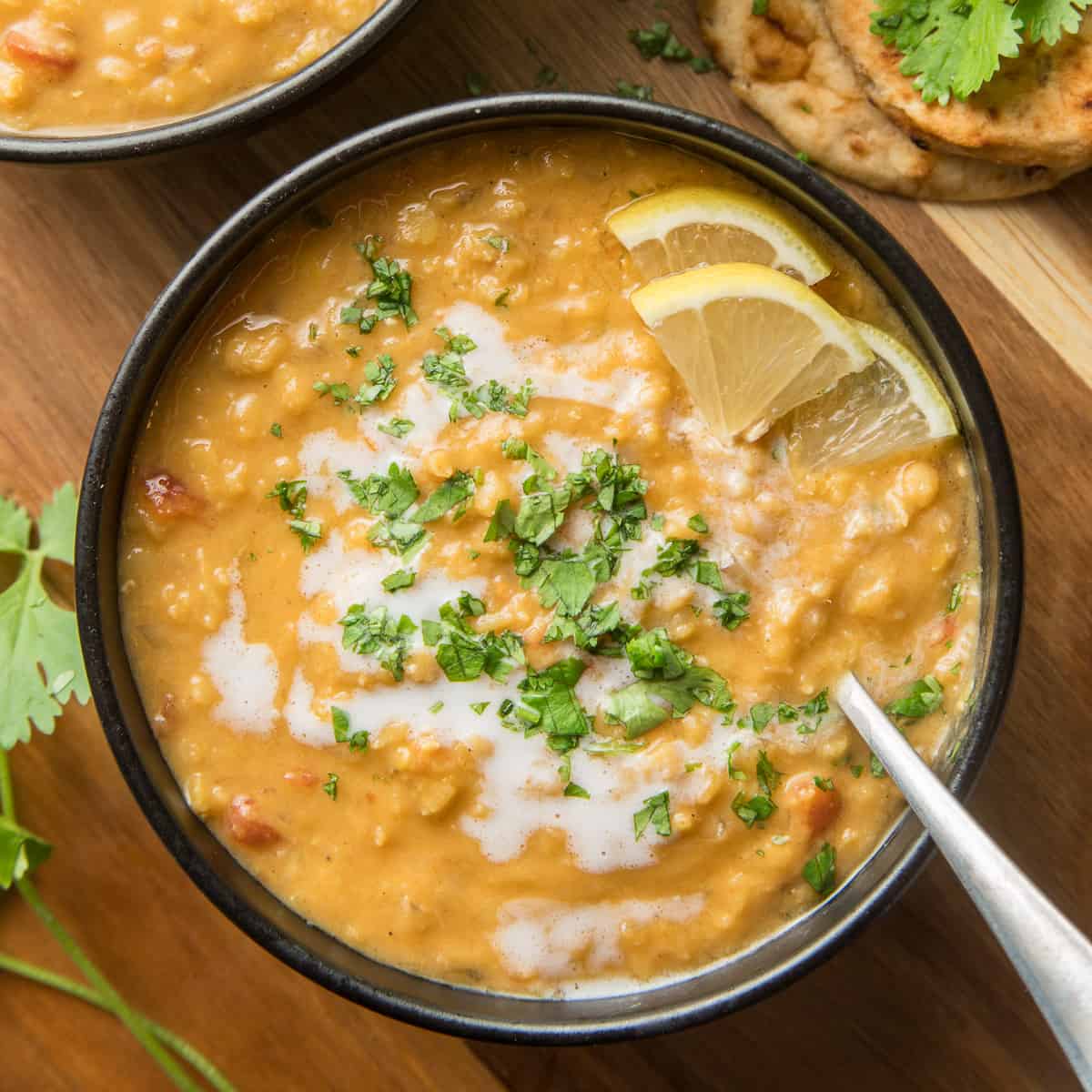 This comforting dal soup is made with hearty red lentils, Indian spices, and creamy coconut milk. It's easy to make and hearty enough for a meal!