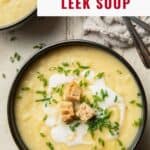 Golden potatoes, zesty garlic and sautéed leeks are blended up to creamy, dreamy perfection to make this cozy vegan potato leek soup. It's super satisfying and can be on the table in about 40 minutes!

I'm one of those people who will happily eat soup for breakfast, lunch, and dinner. But I get why some people object to eating soup for any old meal: it's not always all that satisfying.

Potato soup is my solution. Potatoes are so filling! I've been told that they're one of the most satiating foods, which is pretty consistent with my experience as a potato eater. So when I'm ravenously hungry I go right ahead and make them the main ingredient in my soup!

And now here I am with another dairy-free spin on a classic. Let me introduce you to my vegan potato leek soup!

Leftover vegan potato leek soup will keep in a sealed container in the fridge for 3 to 4 days. It will thicken up during storage. If it gets too thick, simply thin it with some broth or non-dairy milk when you reheat it.

I don't recommend freezing this soup, as the freezer can mess with the texture of potatoes.

I couldn't taste the coconut at all, but if you're very sensitive to the flavor you might want to substitute another non-dairy milk. I recommend going with something very creamy with a high-ish fat content, such as a good cashew milk.

What are some good toppings for vegan potato leek soup? 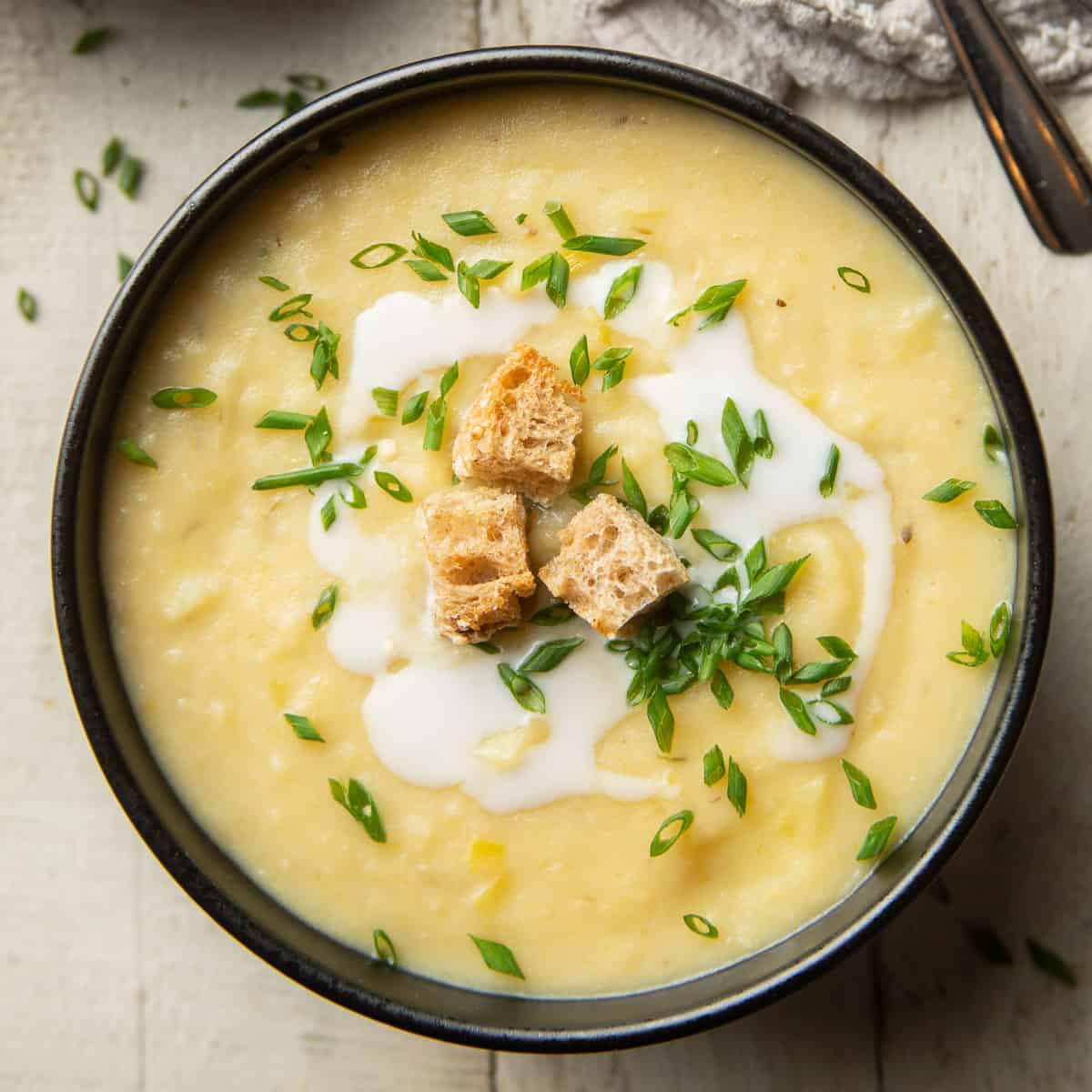 Golden potatoes, zesty garlic and sautéed leeks are blended up to creamy, dreamy perfection to make this cozy vegan potato leek soup. It's super satisfying and can be on the table in about 40 minutes!