These vegan jalapeño poppers are made with spicy jalapeno peppers stuffed with vegan nacho sweet potato cheese and covered in crispy panko coating. 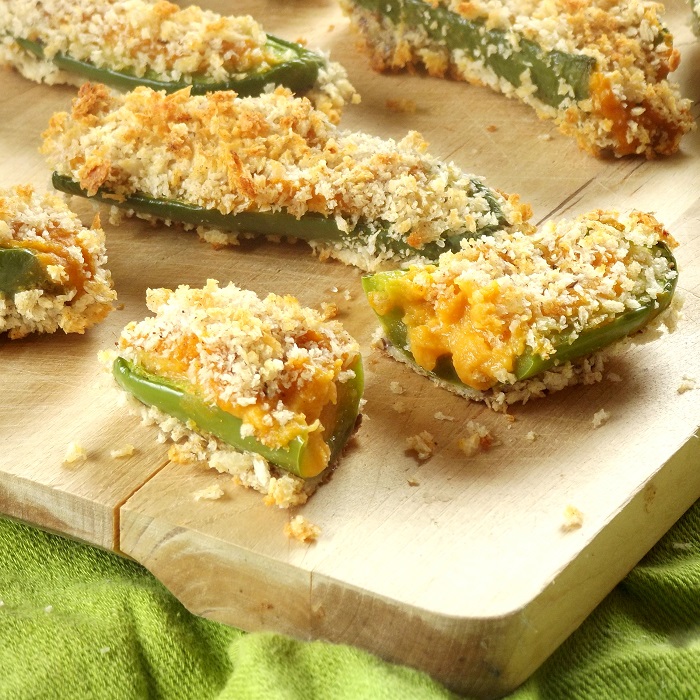 Superbowl food. I don’t watch the Superbowl, or really any sporting event for that matter, unless you count my cats fighting over a piece of lint. I have been known to show up for the food though.

There was actually a period of a couple years when I was in college that I went out for Sunday football on a regular obasis. My roommate was a sports fan and after me rejecting her invitation to watch football at her favorite pub several weekends in a row, she got wise and decided to mention one day that they had awesome falafel and fattoush. After that I spend many-a-Sunday happily chowing away on Mediterranean fare, smiling and nodding as helpful football fans tried to explain the difference between a goal and a first down. 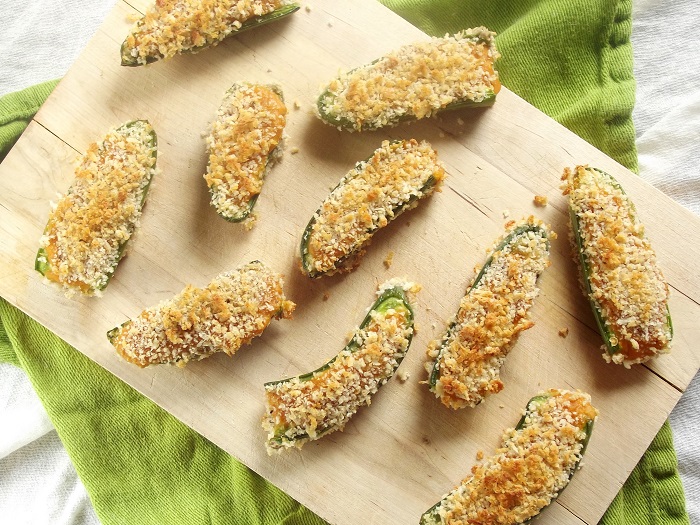 Years later I’m still enjoying food on football days. That and the empty supermarkets, hardware stores, highways. Seriously, am I the only one who doesn’t watch the game?

Well, whether you are or not, there’s always a place for vegan jalapeño poppers in your Sunday. That’s why I went and whipped these up. Actually, it was the other way around. I’d been wanting to make vegan jalapeño poppers for months, knowing that my nacho sweet potato cheese would be the perfect filling. I waited around for Superbowl time, because I figured that’s when most people would be in need of some good football food. In fact, I held a few recipes back, so there’s more where this came from. 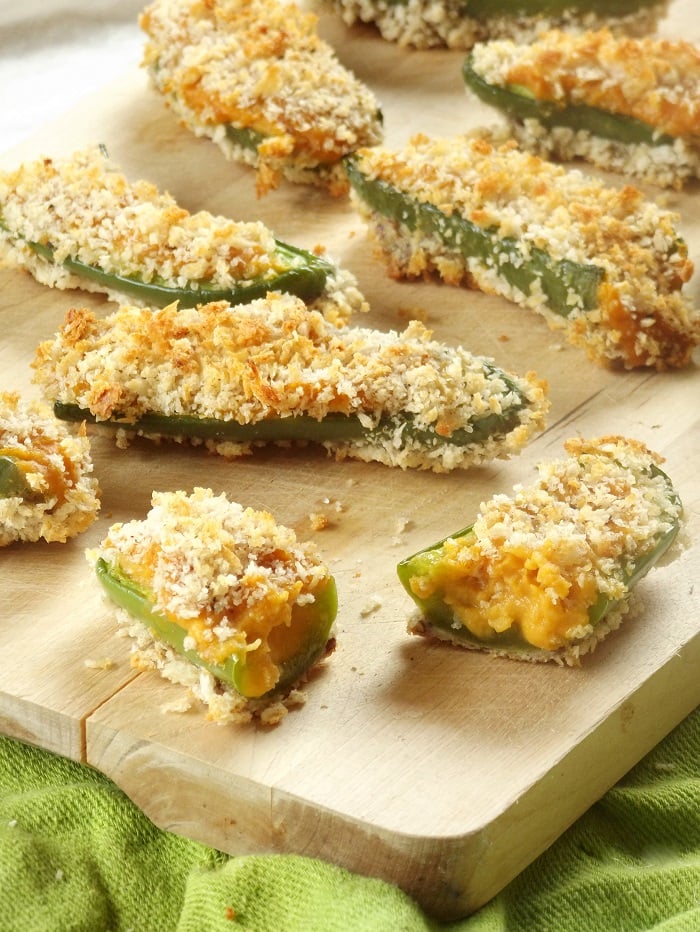 For the Panko Crust