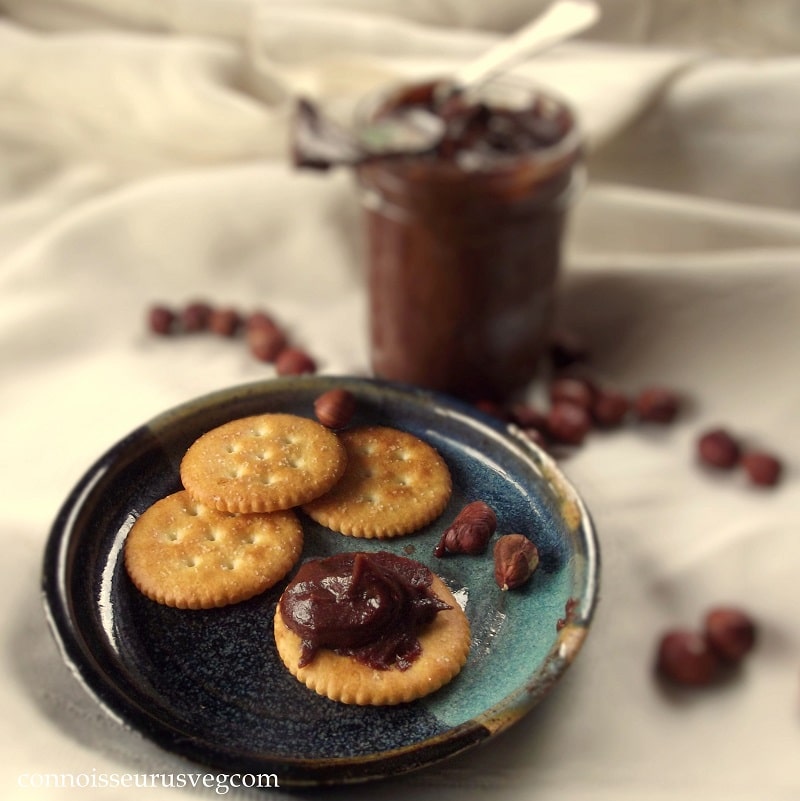 I couldn’t name this post “Vegan Nutella.” I’d like to and I know a lot of bloggers would, but I’m an intellectual property lawyer. Not that I think the good people at the Nutella company are really paying attention to what I’m up to, that would be the kind of things I routinely yell at my family and friends for.

Having said all that, let me tell you that my version is better than Nutella. First off, it’s vegan. “Nutella isn’t vegan?” you say. Nope. Sorry to disappoint, but it’s not. It’s got milk in it. I actually discovered when making this that the milk (in some form – plant or animal) is a crucial ingredient. See, this was a bit of a spur of the moment creation. I had some hazelnuts that I wanted to put to good use. I figured I’d add some coco, vanilla, sweeten, and voila. But no, that’s not what happened. There was no voila, at least, not at that point. What those ingredients gave me was a thick, grainy, fudgy mass. Not the smooth, creamy, buttery spread that makes chocolate lovers swoon. Then I remembered, Nutella isn’t vegan, and the reason it’s not vegan, as I recall specifically reading from the label, is that it contains skim milk. I started adding in some almond milk, and there it was, that voila I had been looking for. 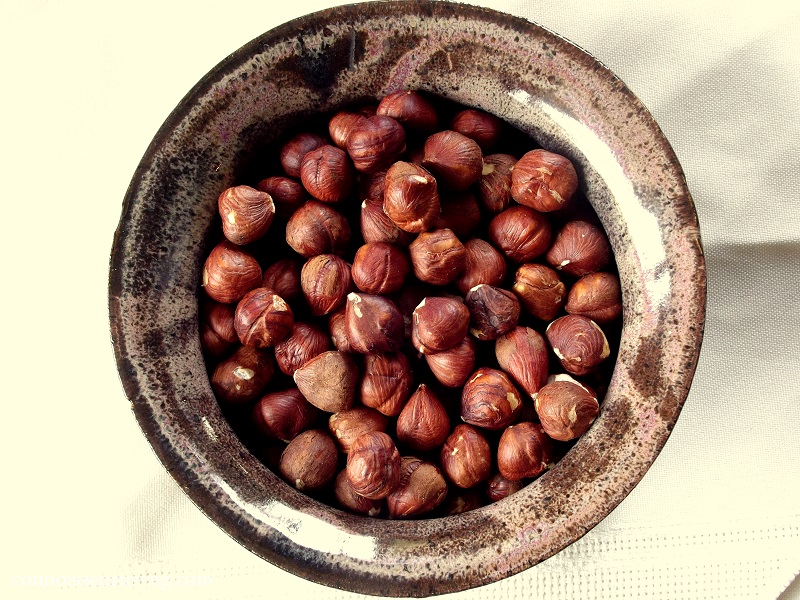 There’s another reason I like this better than Nutella. As much as I love the stuff, Nutella is just a tad bit sweet for my taste. With my version, I find the chocolate hazelnutty flavor has more of a chance to shine. Don’t get me wrong, this is still sweet. In fact, by boyfriend’s quote upon first taste was “Maybe you should warn your readers that this stuff may cause insanity.” I took that as a compliment.

Of course, when making your own chocolate hazelnut butter, you can also always adjust the sweetness to your liking. Another good thing about the DIY version.

I put my butter to some great use, and I’ll tell you guys just what that use was later this week. I almost wasn’t able to use it though, because, you see, when you take pictures of this stuff for your blog you end up playing with it. Then it gets on everything: your hands, utensils, the table. The only way to deal with that is by eating it. Eating it right off your hands, the utensils, the table… So yeah, it almost was gone before said good use could be implemented. Thankfully I was able to spare enough for another recipe. I’ll get back to you on that. 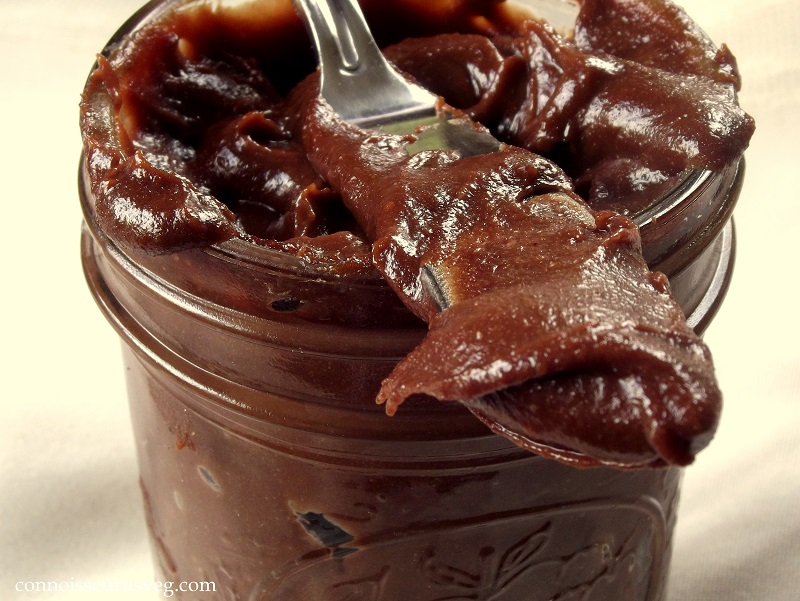 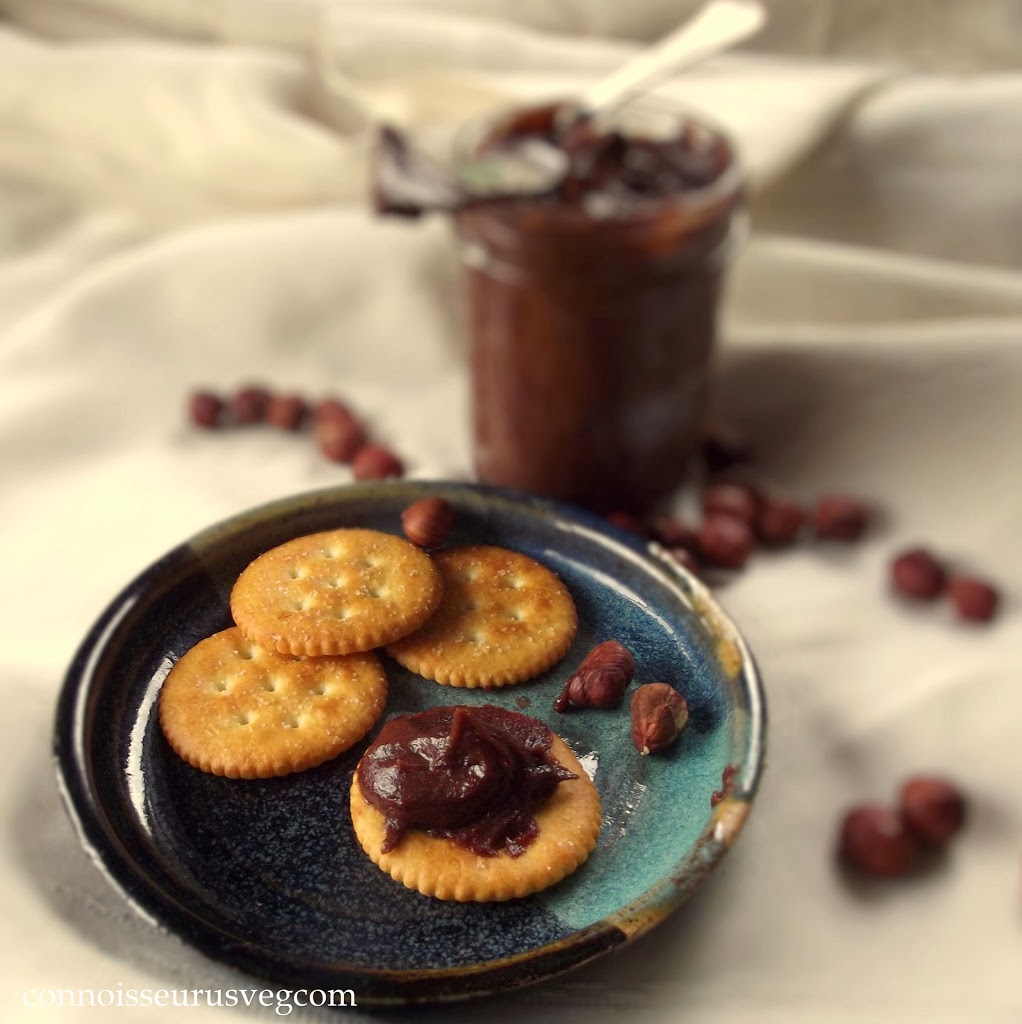 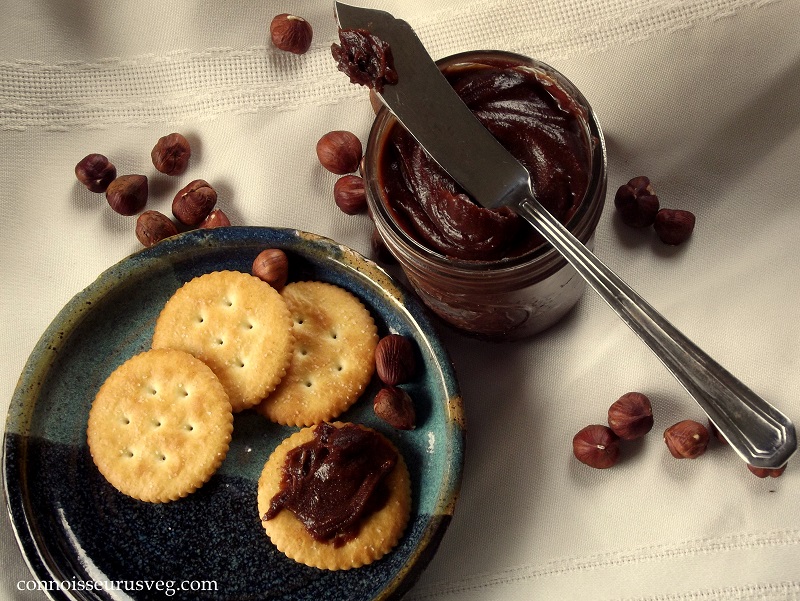