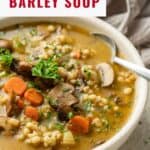 This mushroom barley soup is delicious, comforting, and loaded with savory flavor! Super easy to make and hearty enough for a meal, it's guaranteed to warm you up when it's cold out.

Simple mushroom barley soup is one of my own personal favorite comfort foods. I shared a recipe for creamy vegan mushroom barley soup a few years back, and while I love that soup, sometimes I find myself craving a simplified version. This one is just as hearty and delicious as the creamy version, but it's brothy and not as rich. It's also quite a bit easier to make!

This particular version is adapted from an old family recipe that I used to have jotted down on an index card. I'd bust it out every winter to cook up batch after batch of the stuff.

I've adapted and adjusted the recipe over the years and it's just gotten better and better. A big bowl of this simple vegan soup is so incredibly soothing when it's cold outside.

Tip: Consider cooking the mushrooms in batches to avoid crowding the pot too much, which can prevent them from browning. I cooked mine in two batches.

Tip: Add water to the pot if the broth reduces too much while cooking. I like to keep a kettle of hot water on the stove so I can add as needed without cooling down the soup.

Leftover mushroom barley soup will keep in an airtight container in the refrigerator for 3 to 4 days, or in the freezer for 3 months. The barley will continue to soak up liquid as it sits, so you may need to thin the soup with some broth or water.

Yes, barley does contain gluten. If you need a gluten-free substitute, try wild rice, brown rice, or quinoa. You'll need to adjust the cook time with any substitutions.

What is the difference between pearl barley and hulled barley?

Pearled barley is barley that has had the outer husk, bran layer and germ removed, whereas hulled barley has only the husk removed. Hulled barley is therefore somewhat more nutritious, but takes longer to cook. 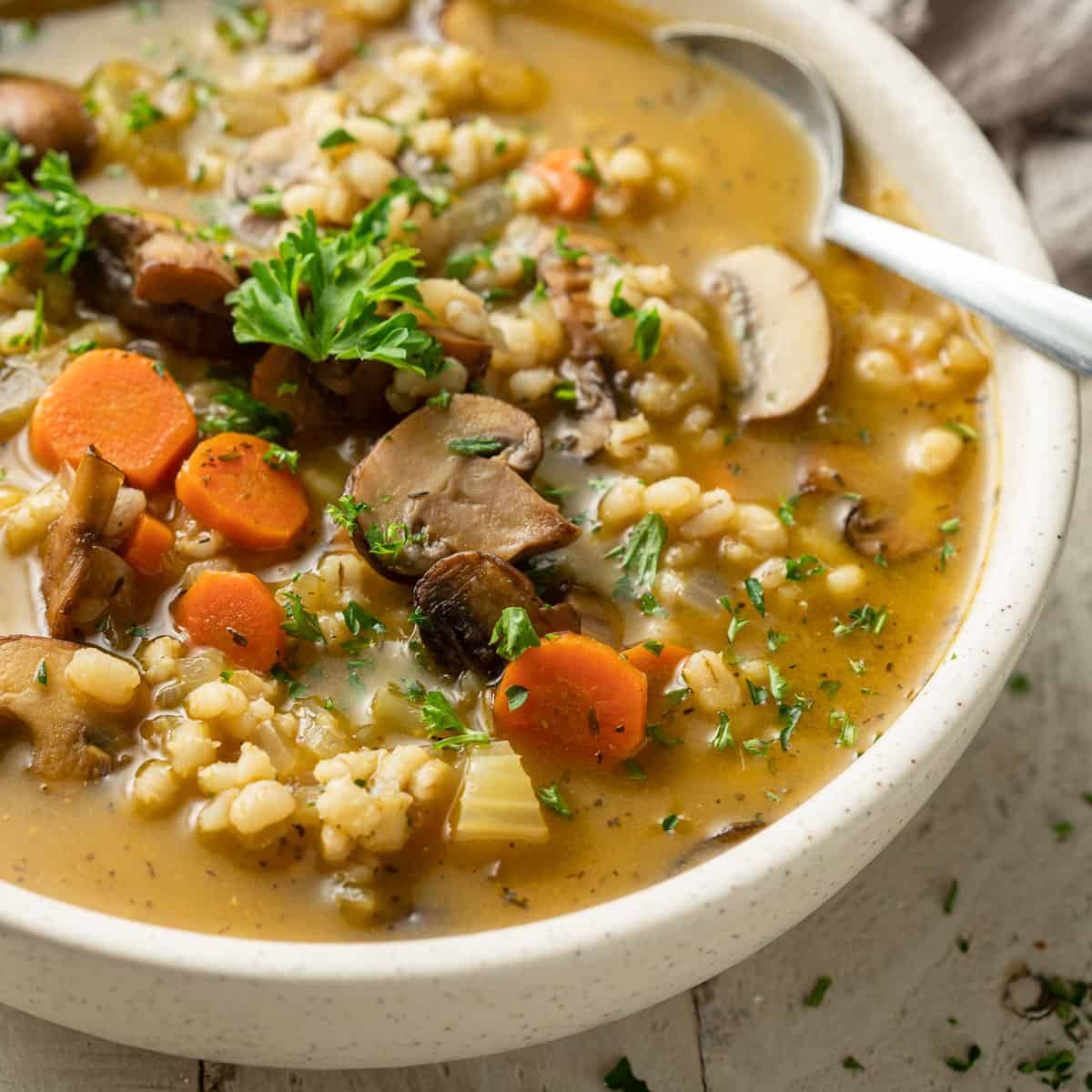 This mushroom barley soup is delicious, comforting, and loaded with savory flavor! Super easy to make and hearty enough for a meal, it's guaranteed to warm you up when it's cold out.