This peach and avocado smoothie is rich, creamy, satisfying, loaded with healthy fats and tastes like cinnamon-spiced peach pie! 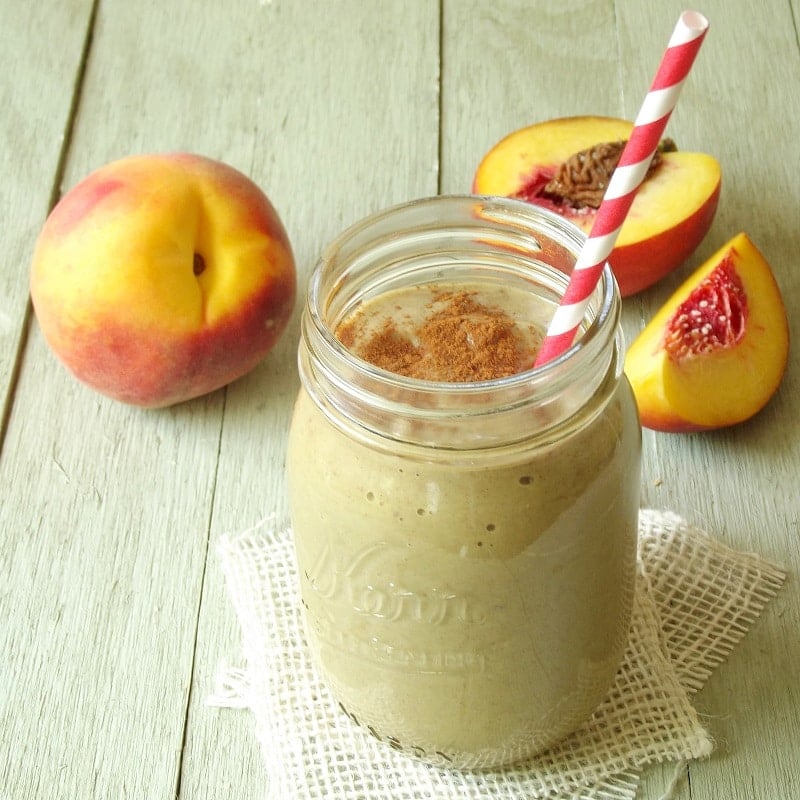 I know, this is weird. I think it’s weird anyway. No, that’s not true. I though it was weird, but when I realized people were putting avocados in smoothies, I had to give it a try. My boyfriend thought it was weird. He’s enjoying my smoothie kick and when told him I was whipping up a smoothie for us to share, he was initially very excited. When I told him it was a peach-avocado smoothie he suggested I refrain from disclosing the ingredients of my recipes when they are weird, as was the case here.

One taste of this and I know it wasn’t just an avocado-peach smoothie, but rather an avocado peach pie smoothie. It tastes like pie. Is that weird? Weird can be good.

I got my boyfriend to drink this, despite my ingredient disclosure. He seemed rather surprised that it actually tasted like peach pie. And it does, oddly enough, taste like pie. The avocado adds just the right amount of richness to give you that hint of a pie crust flavor, but in this smoothie the richness comes from healthy fats supplied by the avocado. A bit of cinnamon, and you’ve got a healthy, filling, pie tasting-drink. 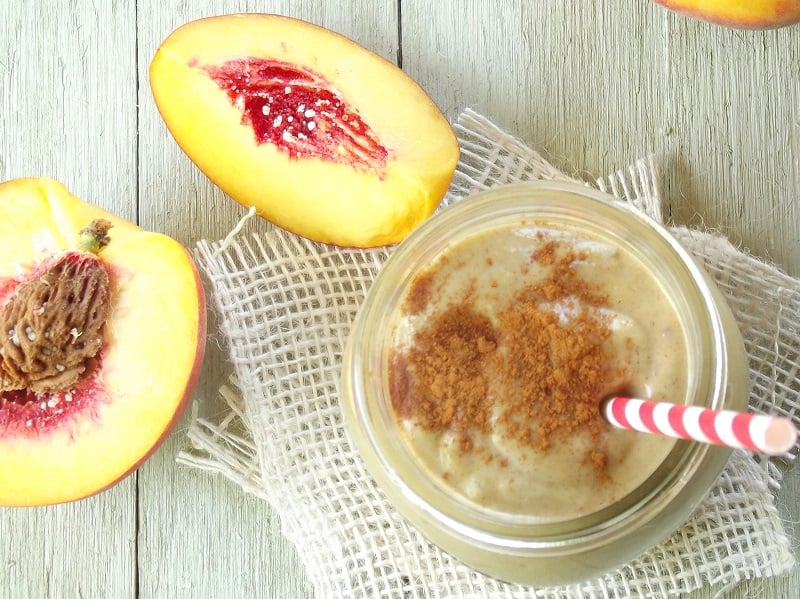 This recipe gives you a thick smoothie - the spoon-worthy kind. For a thinner drink, add a bit more milk. 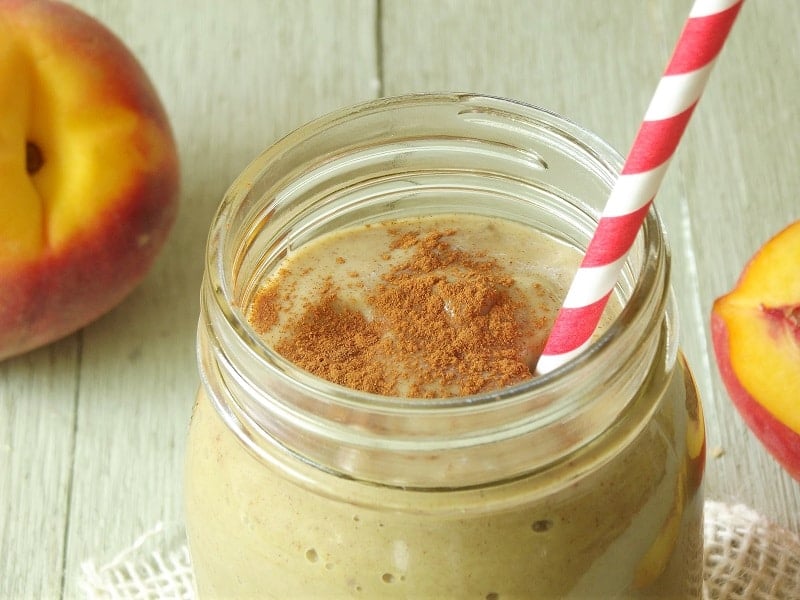