This gingery turmeric smoothie is packed with fresh pineapple and banana, for a healthy, refreshing drink that tastes like a piña colada.

Did you eat too much Halloween candy yesterday? I'm glad to say that I did not. I made sure of that by purchasing candy that I don't like. This Halloween candy issue issue is new to me since I moved to my current neighborhood four years ago. Before that I lived in places where nobody really trick-or-treated. Anyway, there's a fine line between buying treats that you don't like and being the lady with the crappy candy. I'm always conscious of this and I think I've got it down to an art, the key of which is avoiding chocolate. If I buy candy that isn't chocolate, it's unlikely that I'll have any interest.

This smoothie is for anyone who did overdo it with the candy yesterday (though I wouldn't hesitate to have one even it you did keep the candy consumption under control). I tend to want to eat lightly the day after any celebratory food consumption. It's a tad late to have this for breakfast, at least if you live on the east coast like I do, but it works great as a light lunch or snack as well. I sucked it down as an after workout snack. It's light, so as to balance out any residual heaviness from yesterday's extravaganzas, and also sweet and flavorful, so if you've got any leftover candy hanging around it won't be too difficult to reach for this instead. 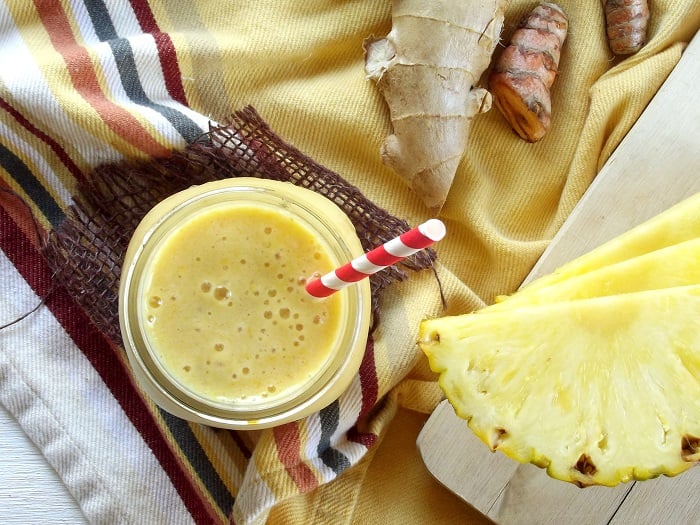 What prompted me to make this had nothing to do with candy. I'd been itching to get my hands on some fresh turmeric for a while, and when I finally spotted some at the supermarket I felt a need to go home and put it in something right away. This turmeric smoothie was born. I do a bit of sneaking powdered turmeric into my food for the supposed health benefits - anti-inflammatory and digestive benefits to name a couple - but this was my first time working with the fresh stuff. I've included amounts for fresh and powdered turmeric in the recipe, because I'm guessing most of you don't have the fresh stuff at your disposal. Then I went and blended it up with a couple of other anti-inflammatory digestive tonics - pineapple and ginger. It was delicious enough to make me wish I could give out smoothies to trick-or-treaters. 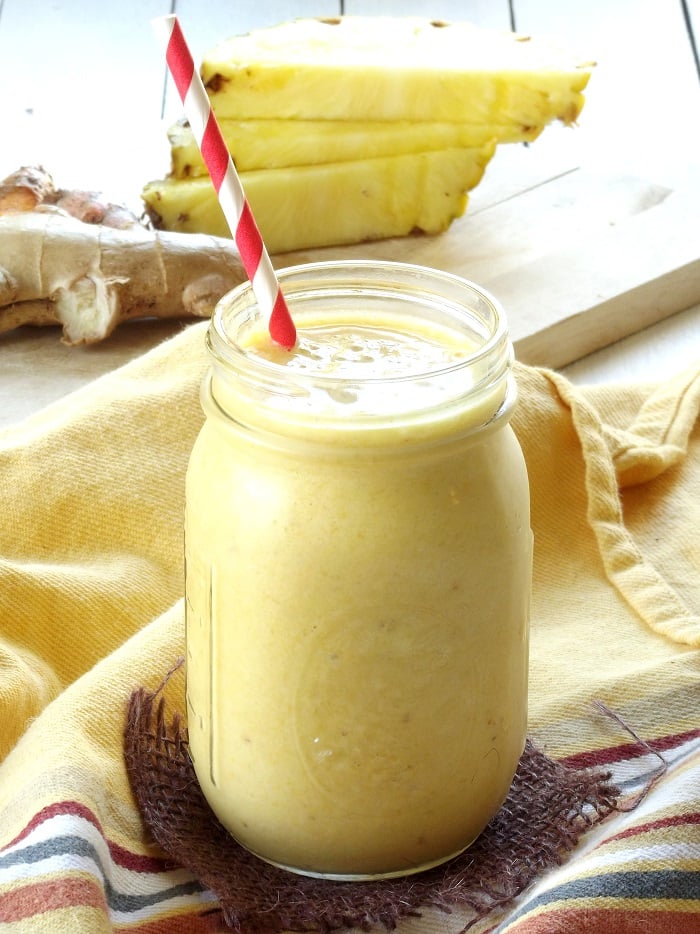 If you substitute coconut milk, you'll get something that tastes even more like a pina coloda. I opted to go with unflavored soy milk, to keep my smoothie on the light side. 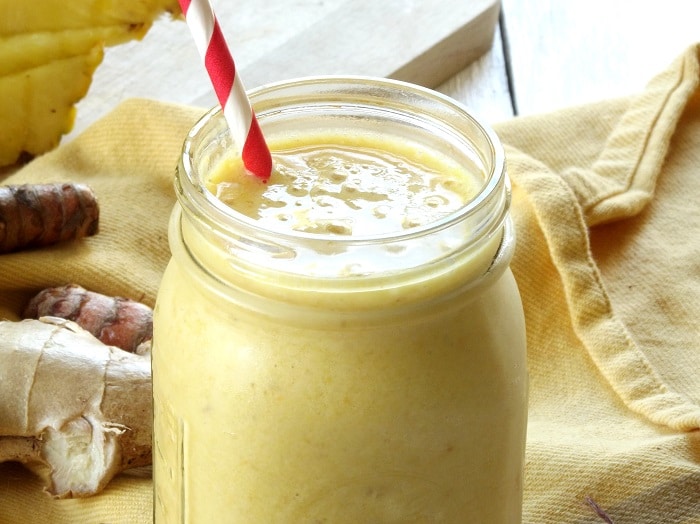