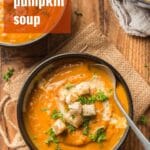 This easy vegan pumpkin soup can be on the table in about 30 minutes. Bursting with spices in a silky pumpkin base that you'd never guess was dairy-free — this will be your new favorite fall soup!

Sometimes I like to take a purist, from-scratch approach with my recipes. And other times I just want dinner on the table as soon as possible.

Okay, maybe the latter happens more often. But when I take shortcuts, I try to have them make sense. Case in point: when I set out to develop a recipe for vegan pumpkin soup, I decided to make it with canned pumpkin.

Most veggies I like to use fresh, but pumpkin is a bit of project to prep, and over the years I've realized that canned pumpkin actually makes the best pumpkin soup.

How to Make Vegan Pumpkin Soup

The following is a detailed photo tutorial on how to make this soup. Scroll all the way down if you'd prefer to skip right to the recipe!

Can I make this soup with fresh pumpkin?

You can, but you'll need to roast and puree the pumpkin first. Try this method. You could also try subbing pumpkin in my butternut squash soup.

Can I use light coconut milk? Or another variety of non-dairy milk?

Yup! The soup won't be quite as rich and creamy, but it will still be delicious. Make sure whatever you use is unflavored and unsweetened.

What are some good toppings for pumpkin soup? 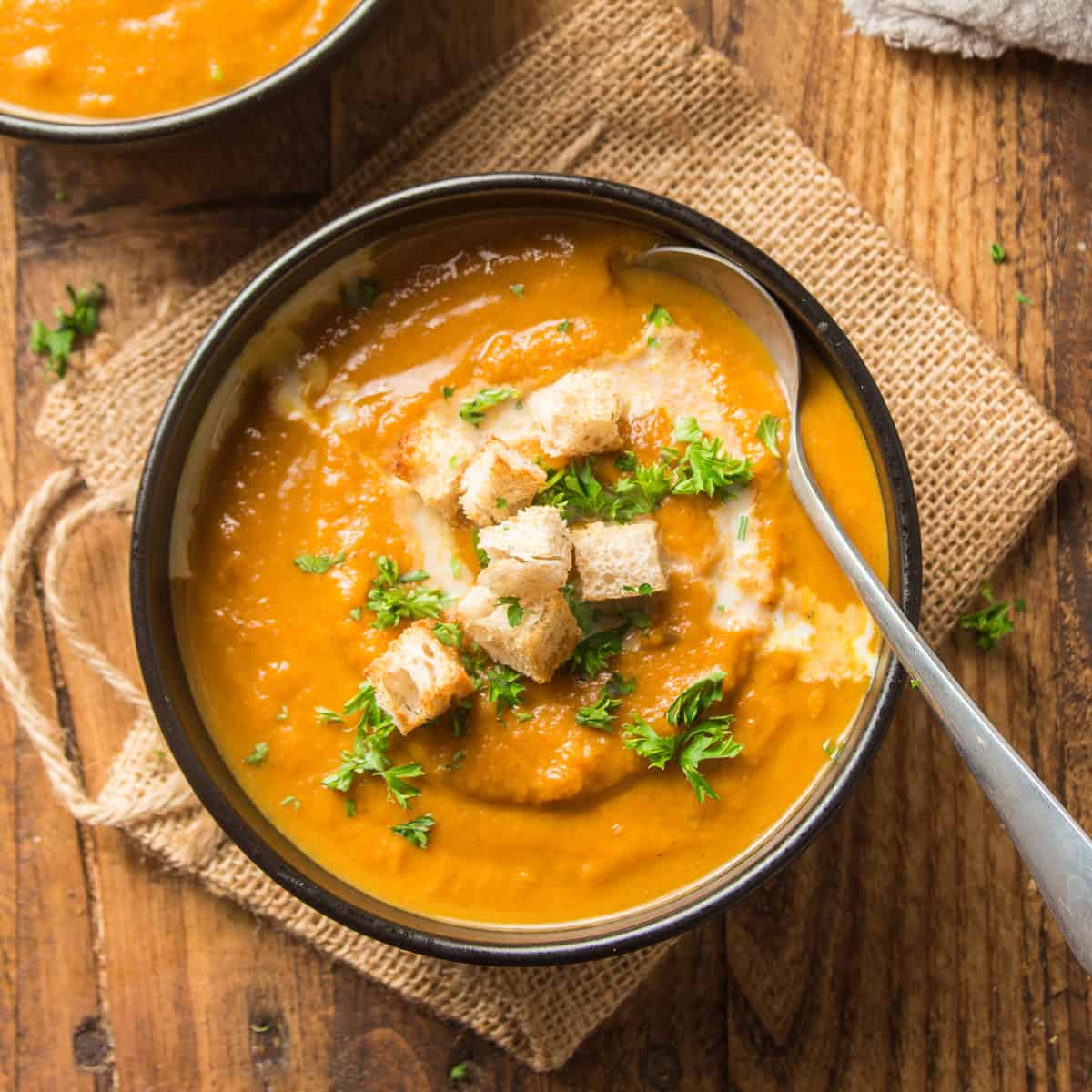 This easy vegan pumpkin soup can be on the table in about 30 minutes. Bursting with spices in a silky pumpkin base that you'd never guess was dairy free — this will be your new favorite fall soup!