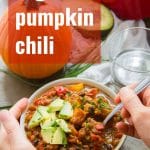 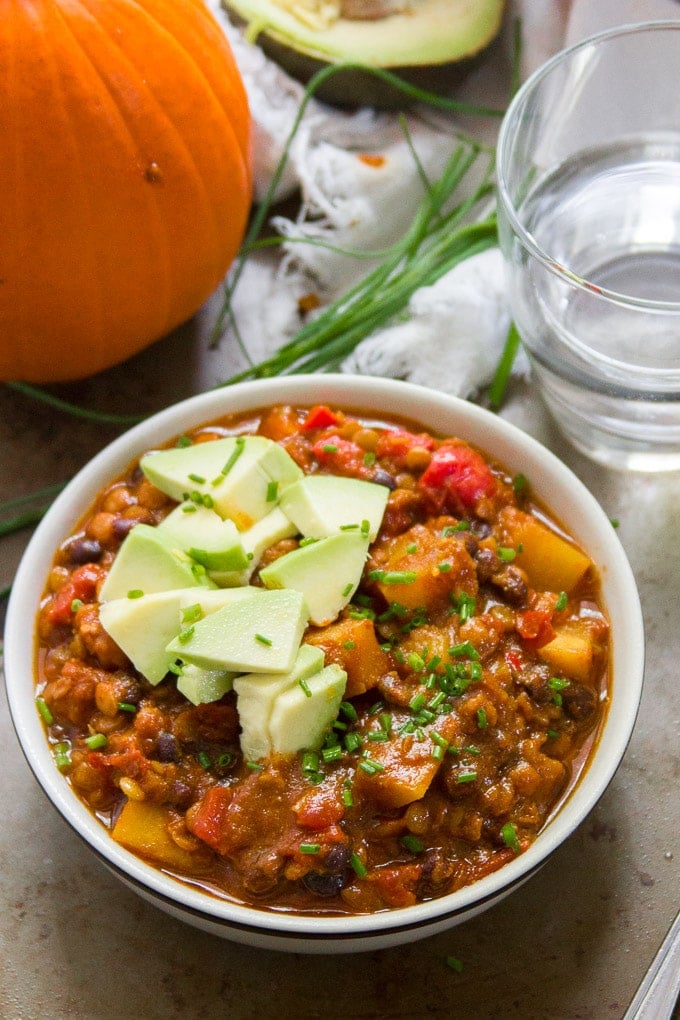 Usually I make an effort to cram as much pumpkin into the season as possible. This time, I'm upping the ante and trying to do it all in one recipe.

Okay not really. I mean, I'm pretty sure I'll have more pumpkin recipes this fall, but this one has a lot going on in the pumpkin department.

So what makes this pumpkin chili triple, you may ask? It's got fresh pumpkin, canned pumpkin puree, and pumpkin beer. 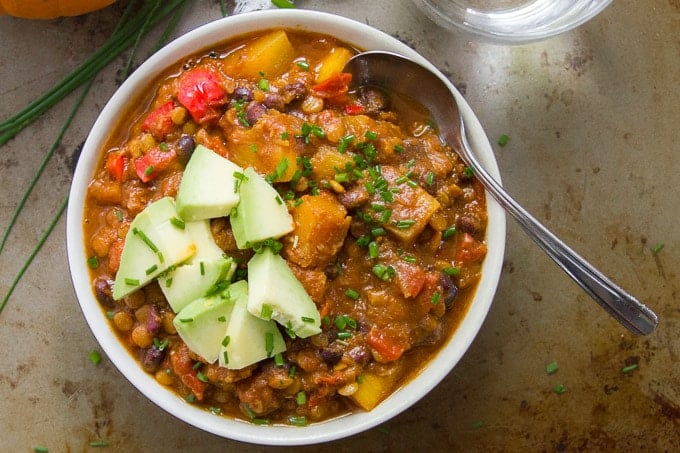 When it comes to pumpkin chili, most recipes tend to use canned or fresh pumpkin. I couldn't decide, so I went for both. The fresh is great because it adds juicy bits of sweetness, while the canned is great for thickening the chili up. So yeah, how could I limit myself to just one?

Also, I've come to the conclusion that beer always makes chili better. So why not use pumpkin spice ale? I did! 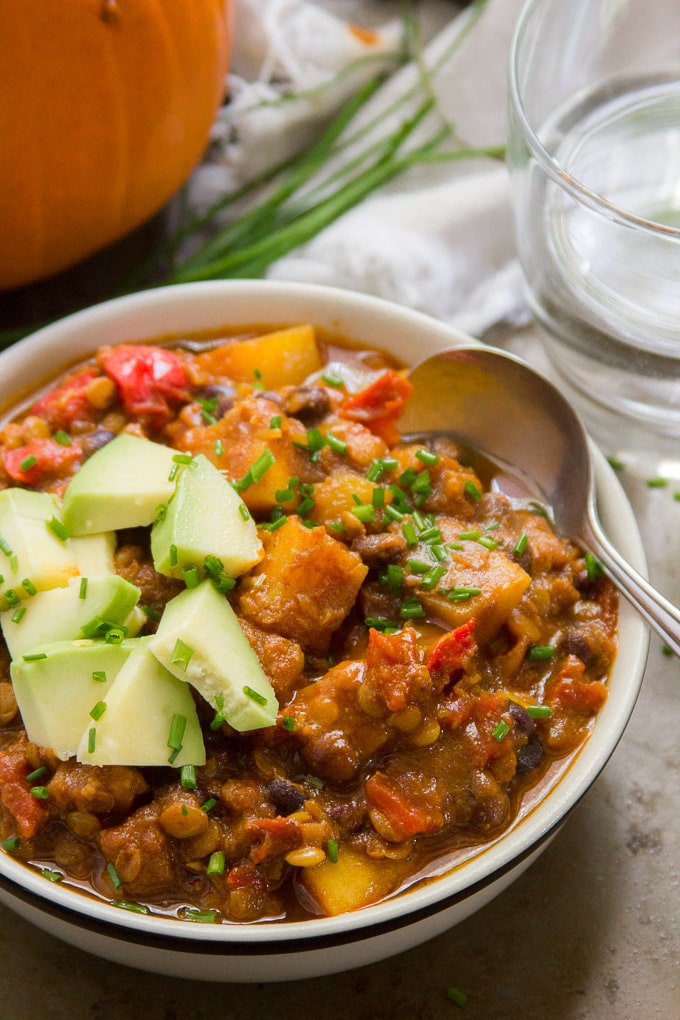 To make this chili you'll need to start by sautéing some onion, garlic and bell peppers. Add your spices at the end. Next, in with the lentils, some broth and beer. Cook the lentils until they're partially done before adding everything else. Tomatoes, pumpkin and black beans go in for the final simmer. 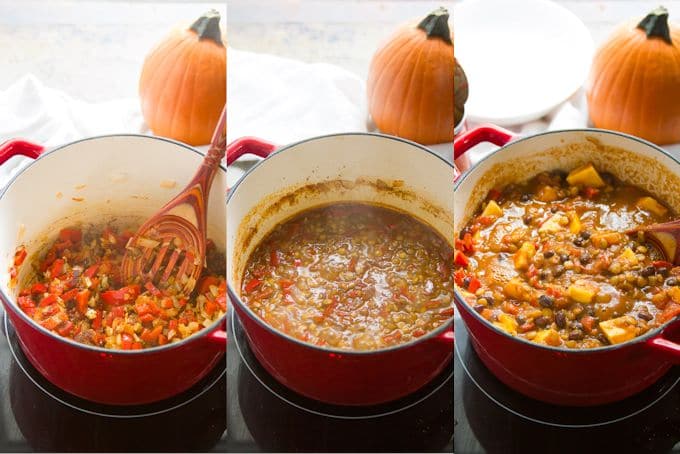 You can add some water if the chili gets too thick while it simmers. But want to know what's even better? Apple cider! Totally not required, but it adds just a touch of sweetness that goes really nicely with the pumpkin and spices. 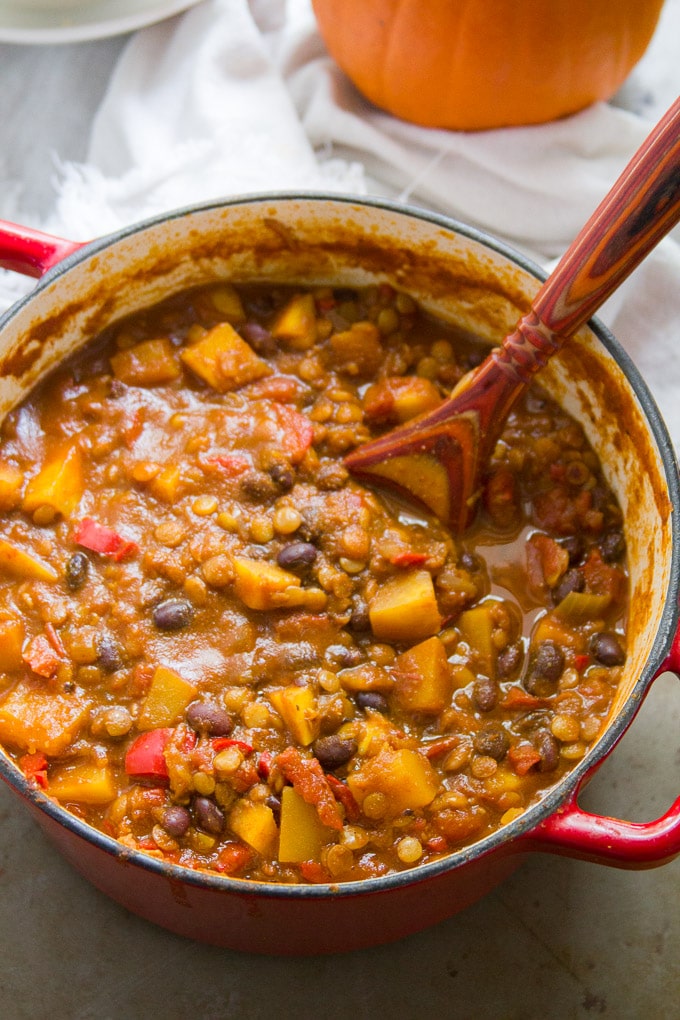 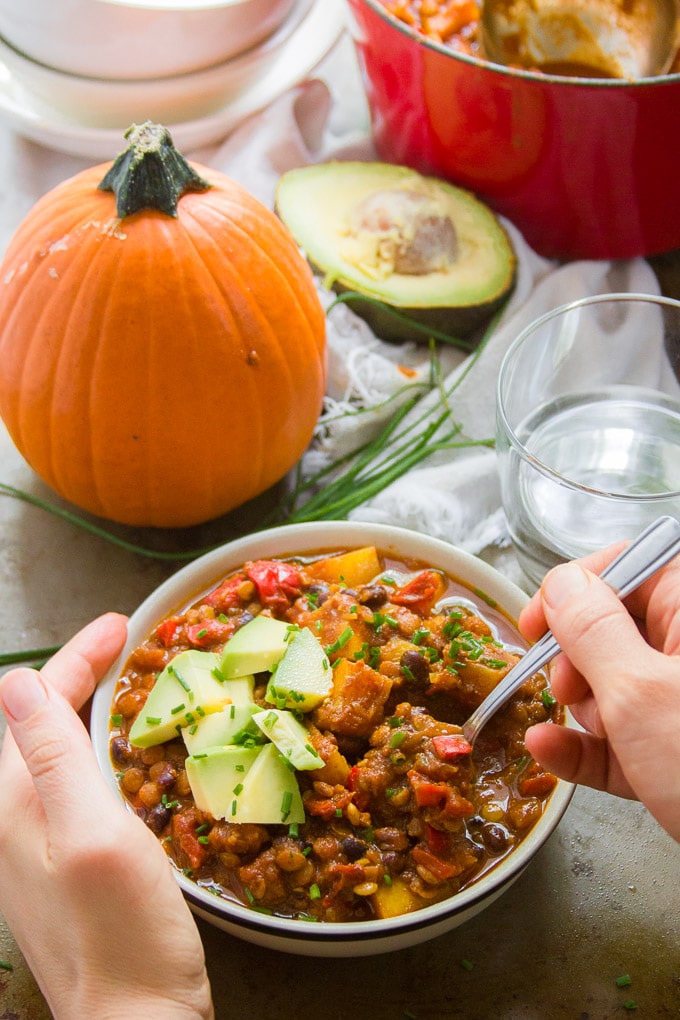 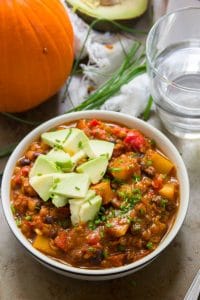