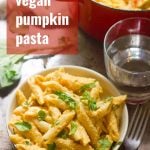 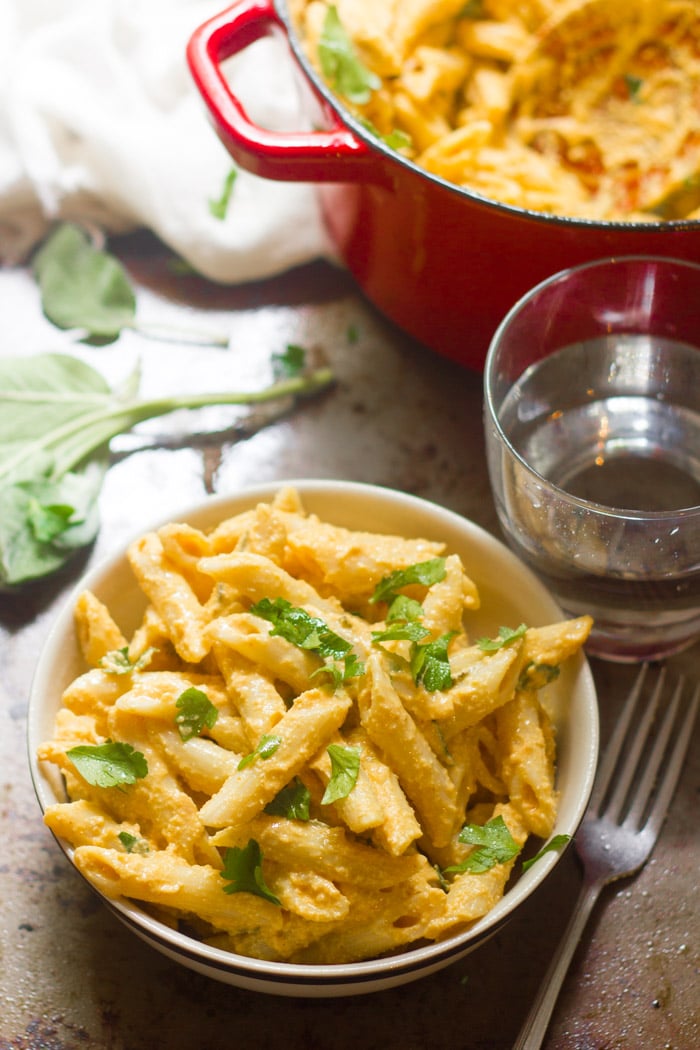 I've been sitting on this one forever. More than a year! Eek!

I first made this recipe way back late last summer on one of those chilly days when I was starting to get excited for fall. Totally thought I was ahead of the game. As luck would have it, and as often happens, I hated the photos. So I planned to do a reshoot and it just never happened. The next thing I knew it was spring and nobody cared about pumpkin anymore. (Well, I did, but I kept it to myself because I didn't want to spoil all the enthusiasm for asparagus and strawberries). 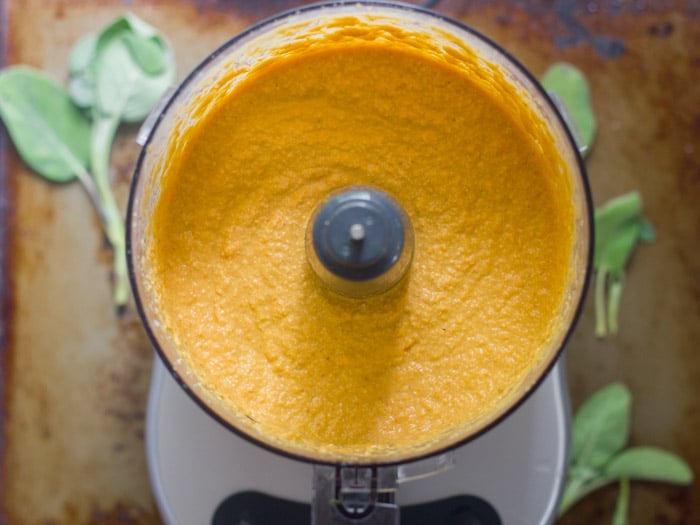 So here we are, it's chilly again, and hey, right on time this year I managed to squeeze in a shoot for some creamy vegan pumpkin pasta.

The original version of this dish was actually an Alfredo. What's the difference between this and an Alfredo? Different pasta shape. That's it! So make it with fettuccine, or any other pasta you like, and call it an Alfredo if you want. 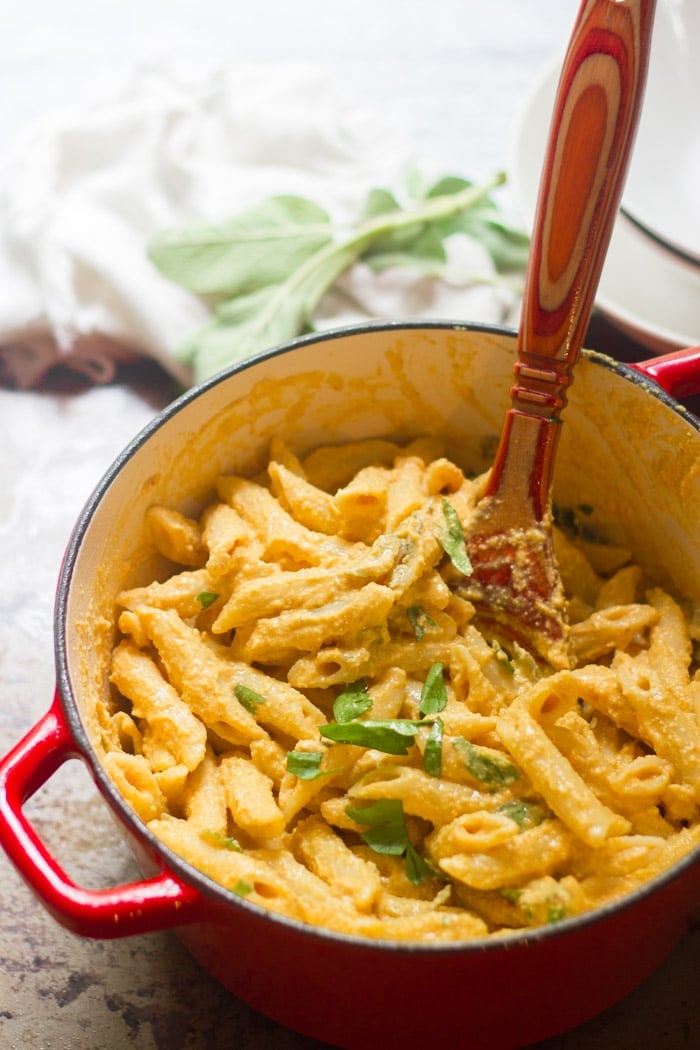 Penne is actually quite a bit more photogenic than fettuccine, which I guess is why I use penne for so many of my creamy vegan pasta recipes, a fact that I just realized as I was editing the new photos. (Check it out: penne with vodka sauce, creamy tomato basil penne, and penne with creamy sun-dried tomato pesto). Creamy vegan pastas just tend to look like big blobs of food, so I need all the help I can get when snapping pics. Penne it is. 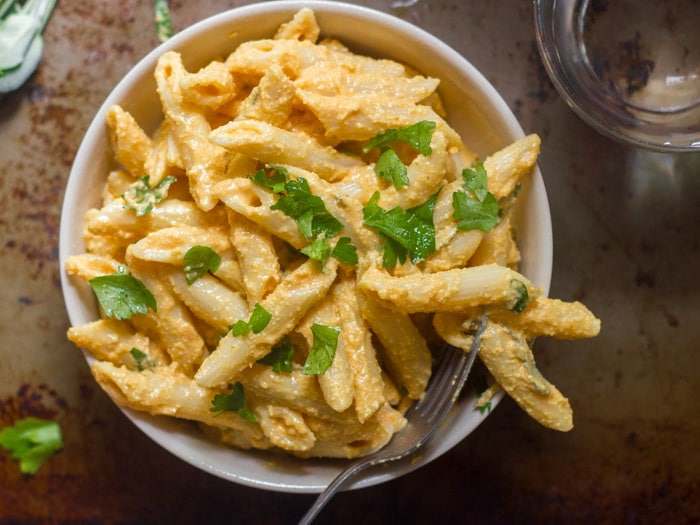 In any event, I didn't mind remaking this one at all. It's delicious and pasta with creamy, savory pumpkin sauce is exactly what's needed this time of year if you ask me. Some sage and nutmeg add just the right earthy flavors to complement the pumpkin.

Oh, and another bonus: reshooting this now gave me the chance to put my new but still developing videography skills to work. 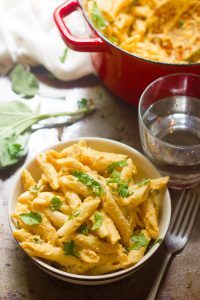