This Korean side dish is made from soybeans simmered in a sweet and savory sesame sauce.

I know better now, but I still like to throw the soybeans right in with by bibimbap sometimes. I'm very attached to these little suckers. I generally keep dried soybeans on hand for making soymilk, so when I decided to try homemade bibimbaps a few weeks ago, I figured why not give kongjang a shot while I was at it? I'm glad I did.

Again, I ask myself, why didn't I try this sooner? I think the idea of cooking straight soybeans intimidated me, never mind that they were sitting there in my kitchen waiting for me to do something with them. If you don't keep soybeans on hand, check the natural foods section of your supermarket. There's a good chance they've got 'em. If not, Amazon

does. Everything else in this dish should be relatively easy to find. If you haven't made bibimbaps yet, go get some soybeans and make this as your side. If you already made bibimbaps, here's a good excuse to make them again. 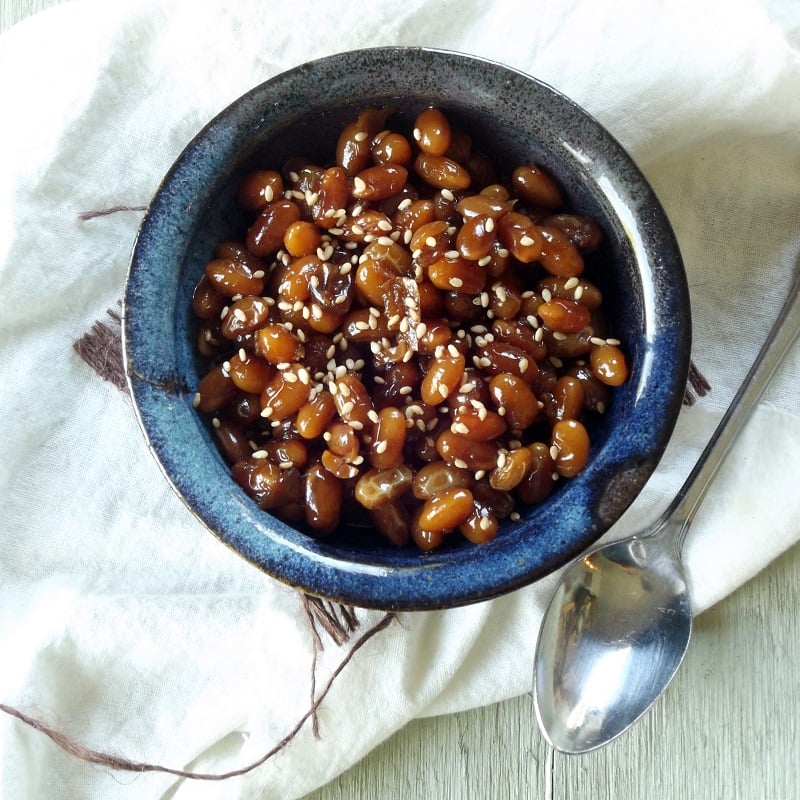 This Korean side dish is made from soybeans simmered in a sweet and savory sesame sauce.