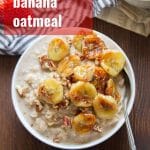 Get ready for the most decadent, most delicious and cozy bowl of oats you’ve ever tasted! This caramelized banana oatmeal is made with sweet and gooey caramelized bananas served over creamy oatmeal. Serve with crunchy pecans and a touch of cinnamon for an amazing vegan breakfast. 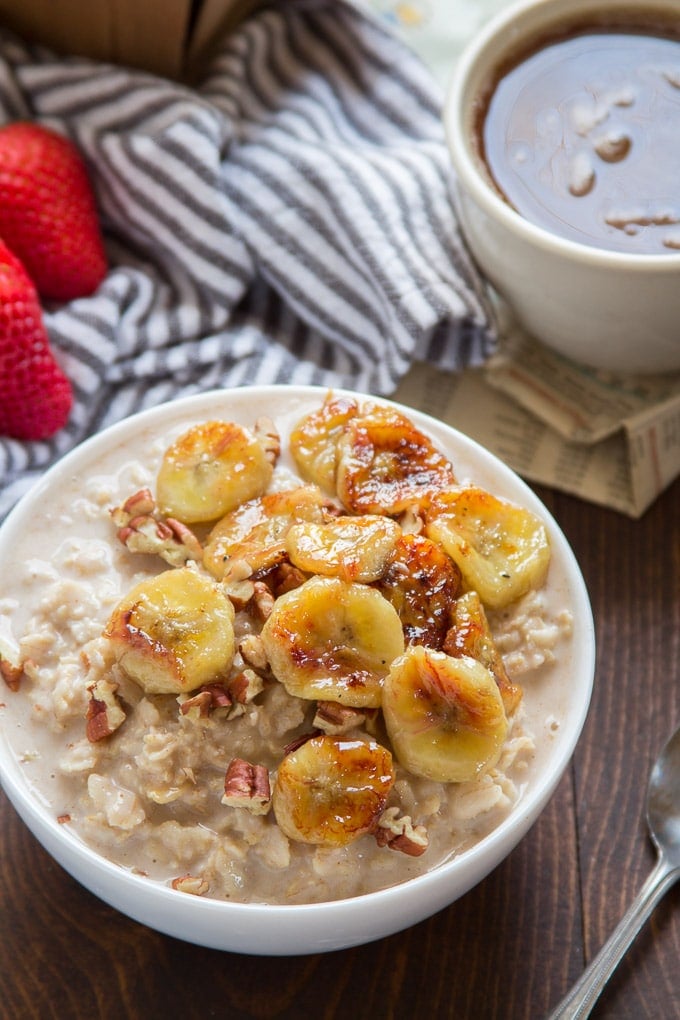 I’m a big fan of sweet breakfasts. Pancakes, waffles, French toast…that kind of thing. But you know what? My favorite sweet breakfast of all time? It’s a stupid old bowl of oatmeal!

Okay, I mean, it’s not actually old (ew!) or stupid, but oatmeal just doesn’t seem that exciting when compared to all the fancy sweet baked goody-type things you can eat for breakfast.

That it, until you’ve had this oatmeal. 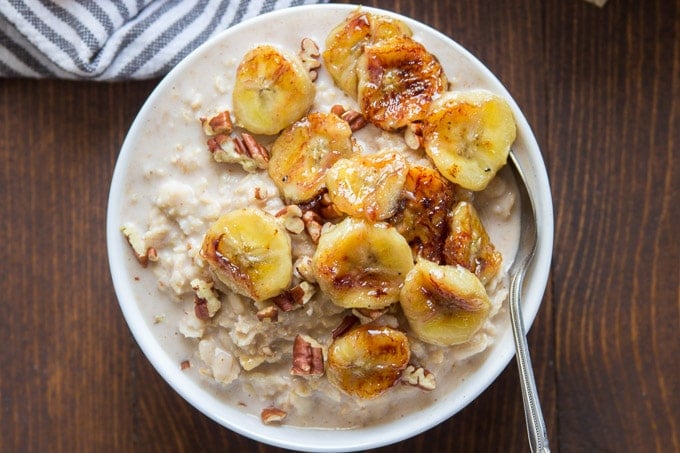 If frying up some bananas could make farina taste good, it must make oatmeal amazing, right? It does!

How to Make Caramelized Banana Oatmeal

It’s easy! Which is a quality I LOVE in a meal that normally gets prepared before I’ve had coffee.

Start by heating up some vegan butter in a nonstick skillet (cast iron works great). Once it’s melted and started bubbling, add banana slices. Cook them for a few minutes, until they start to soften up, then gently flip one and check the bottom. If it’s got some browning on it, start flipping the rest. Otherwise, give them a few more minutes.

You’ll need to flip your banana slices very carefully, one at a time. You may find that the slices near the center of the skillet cook faster than the ones near the edges. Feel free to move them around, gently, to get them to cook evenly.

Cook them for a few more minutes, until they’re browned on both sides. 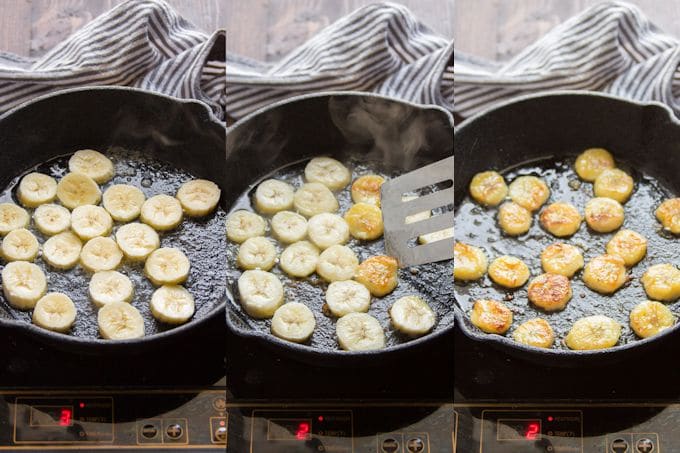 Cook up your oats in some water or non-dairy milk, then sweeten them with some maple syrup, and season them with a bit of cinnamon. 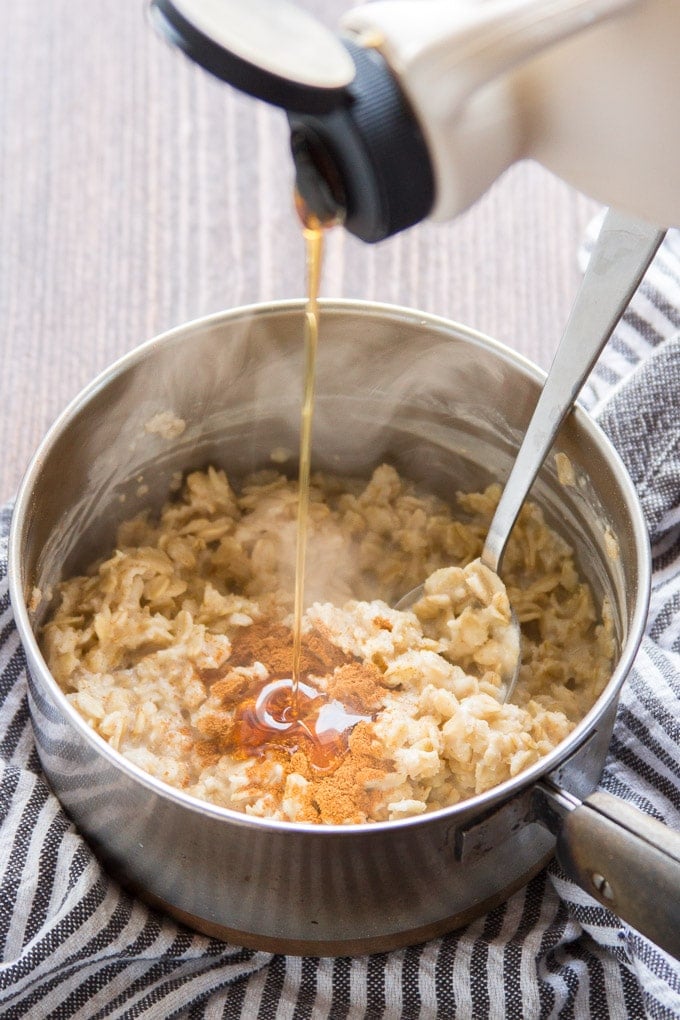 Top your oatmeal with some pecans and your caramelized bananas, and dig in! 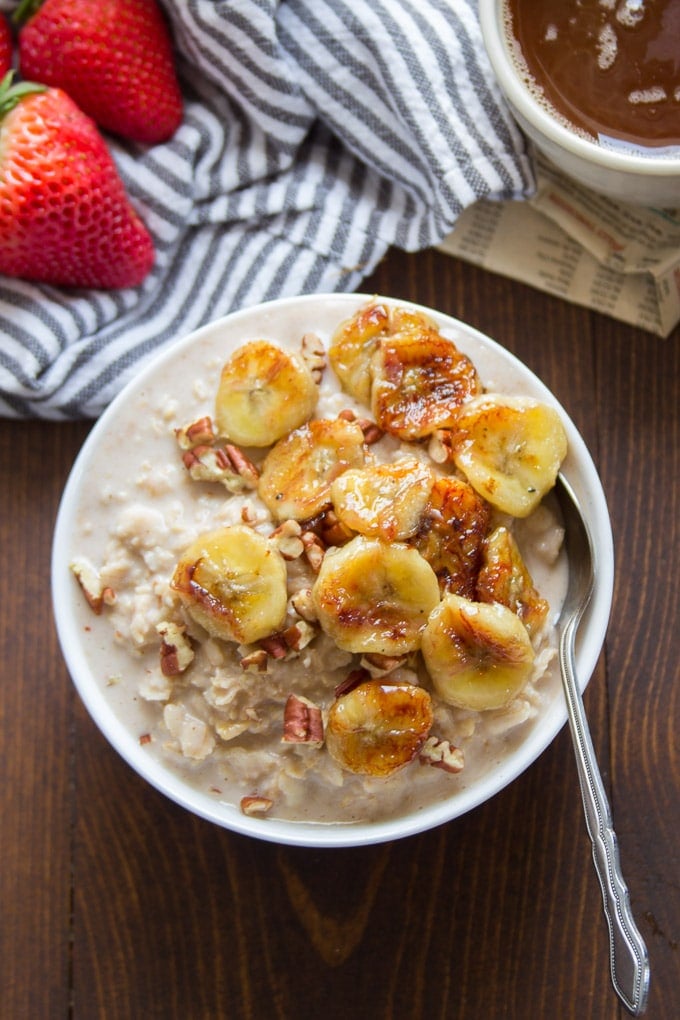 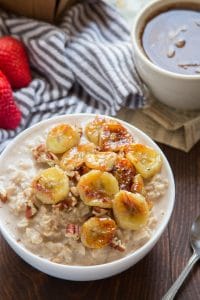 Get ready for the most decadent, most delicious and cozy bowl of oats you've ever tasted! This caramelized banana oatmeal is made with sweet and gooey caramelized bananas served over creamy oatmeal. Serve with crunchy pecans and a touch of cinnamon for an amazing vegan breakfast.