These vegan banana waffles are made with whole grains and extra ripe bananas for a sweet treat that tastes like banana bread, in waffle form!

I learned a little something about vegan baking when developing this recipe. Maybe "learned" isn't the right word. More like "experienced firsthand" or "developed a complete understanding"? I've been using bananas in place of eggs in vegan baking for a while. In fact, bananas are probably the first egg substitute I ever used in my vegan baking. For anyone reading this who is new to vegan baking, you can also use commercial egg substitutes, vegan yogurt, and flax or chia seeds mixed with water, among other things. Each acts a bit differently though, serving a different eggy purpose, so to speak. What this recipe taught me was how bananas really give your vegan baked goods an eggy texture.

I guess what I'm saying is that these waffles, although vegan, are eggy. They have the texture of analogous some non-vegan waffles with a high egg content. Very moist and fluffy. This was a totally unexpected surprise. I guess in most of my earlier banana-based vegan baking, I just threw the bananas in there, the recipe turned out as planned, and so I assumed the bananas were doing their job (and accordingly, the recipe would not have turned out absent the bananas).

One thing to keep in mind with respect to these waffles is that they aren't likely to keep as well as crunchier, sturdier waffles. I didn't try to store leftovers, in fact, I had some friends over for brunch and we gobbled them all up, but I don't imagine these would have maintained much of their structural integrity by day two. I cut down on the batch size since developing my former waffle recipe, but this still makes quite a few waffles, so half it if need be.

Notice I didn't add any sweetener to the batter? These waffles don't need it. The bananas make them plenty sweet. In fact, take a bite before you pour any maple syrup on them. You just might decide to skip it in lieu of some additional banana slices and walnuts (oh so good). 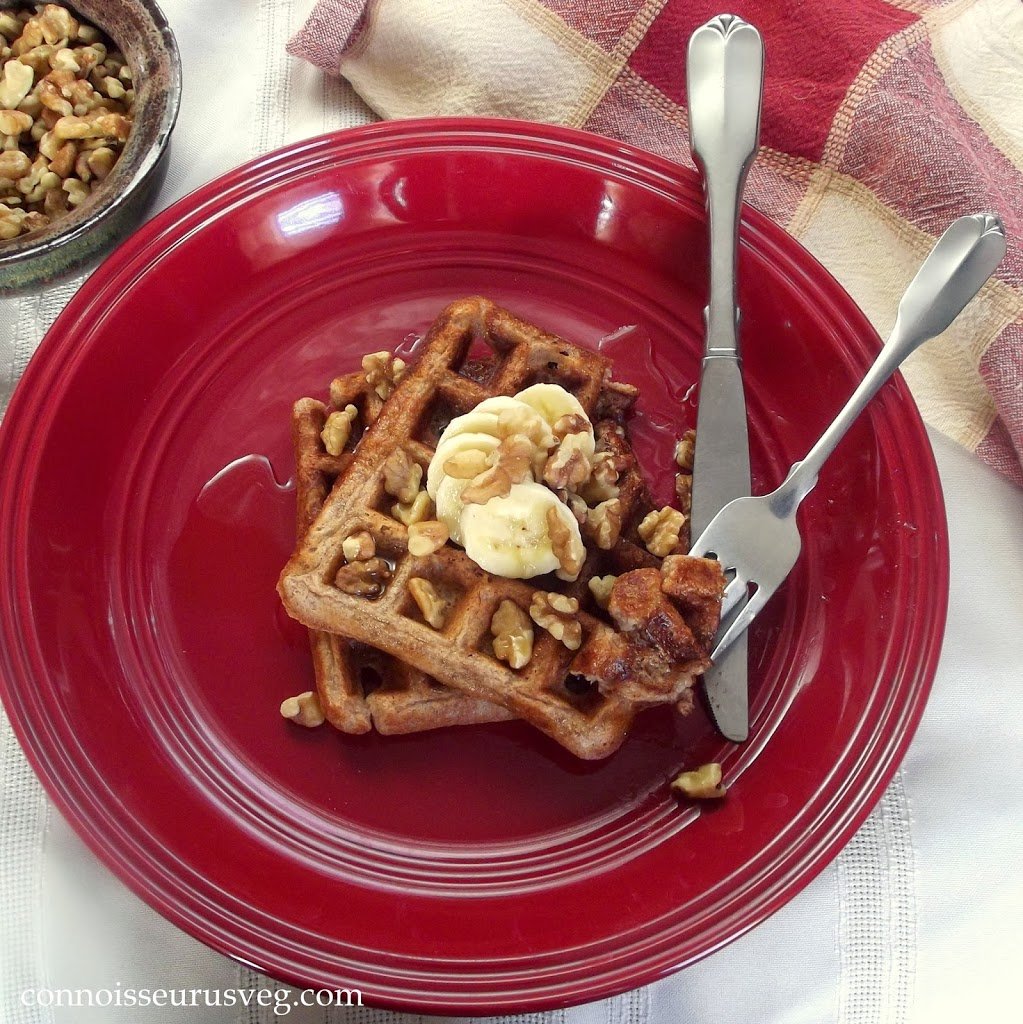