This hearty vegan lentil Bolognese sauce made with tomatoes and red bell peppers comes together in less than 30 minutes! 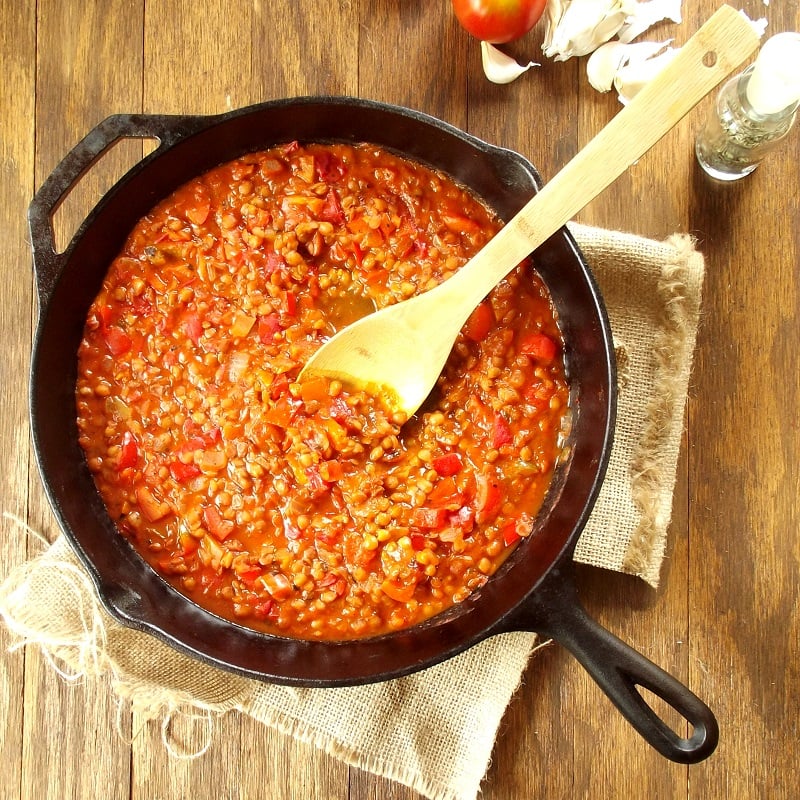 This might not be a traditional Bolognese sauce. What? You mean the folks over in Bologna aren't dining in spaghetti topped with lentils? Well, no. I mean, yes, they're probably not, but that's not what I'm talking about.

Obviously, this isn't a traditional Bolognese sauce in that sense. It's vegan, and if there's one thing I do know about Bolognese sauce, it's that it is, pretty much by definition, not vegan.

So setting that part aside, I'm not sure whether this sauce would otherwise be considered a vegan version of a traditional(ish) Bolognese sauce. Maybe it's a Ragu (another(?) meat sauce). Maybe it's something different. I started Googling around to figure out what I'd created, and then I stopped. Do I really care about the subtle differences that come into play in meat sauce classification? Nah. Probably not my thing. 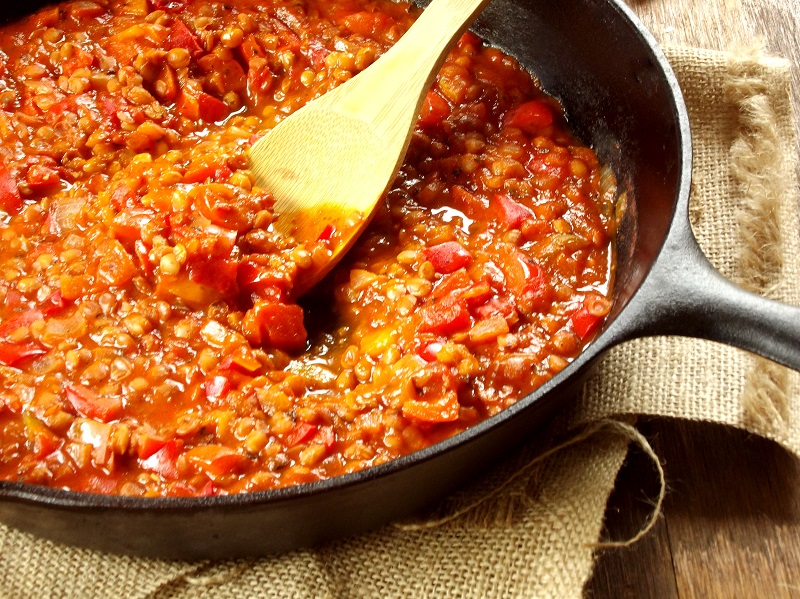 What really matters to me is that this sauce is good. And easy. And pretty darn healthy. I'm deeming it "Lentil Bolognese Sauce" because I created it, so I can. (I'm also a trademark attorney, so I know I can!) It also just sounds cool.

As far as I know (and apparently I know very little about these things), Bolognese sauce, or Ragu, or any other meaty, tomato-based sauce, would normally be served over pasta, and I absolutely recommend doing that. I have a hard time convincing myself that it's okay to eat a big plate of carbs for dinner. Throwing some protein and veggies over that big plate of carbs always helps.

This sauce takes all of 25 minutes to prepare, and since pasta generally takes less than 15 minutes to cook, you can pair it with some pasta and have a 25 minute meal on your hands.

I didn't actually put this over pasta though. I had other plans for this sauce, which I'll share pretty soon. 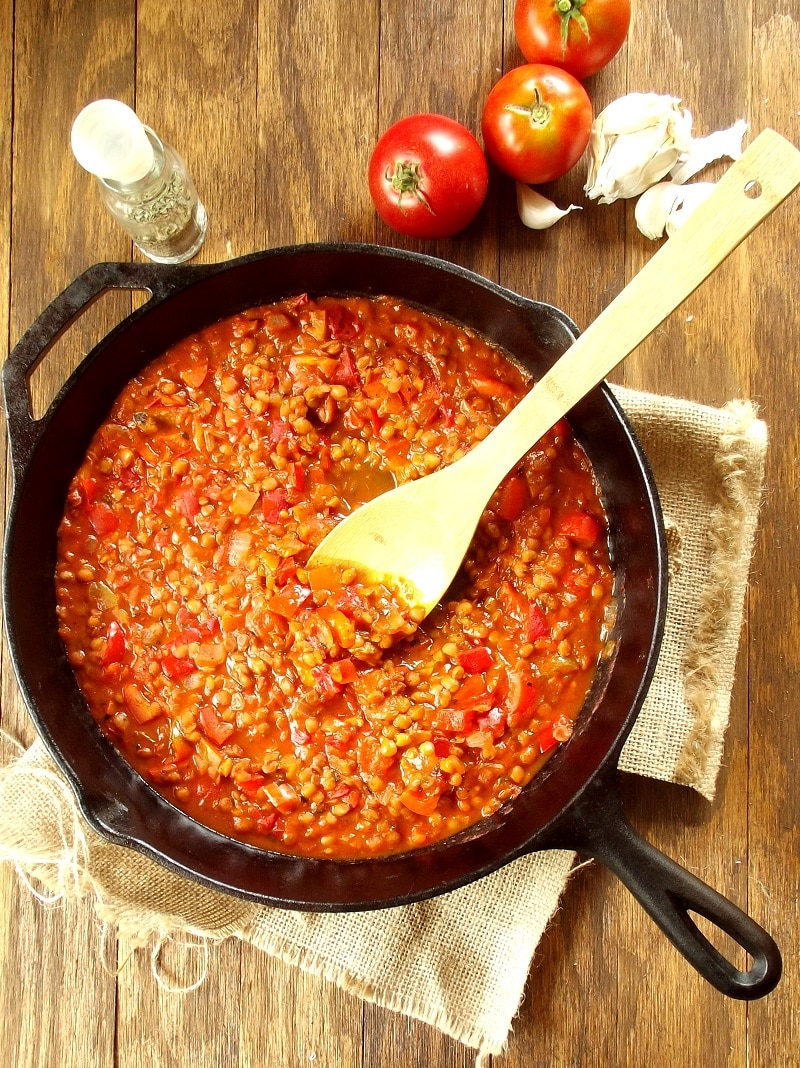 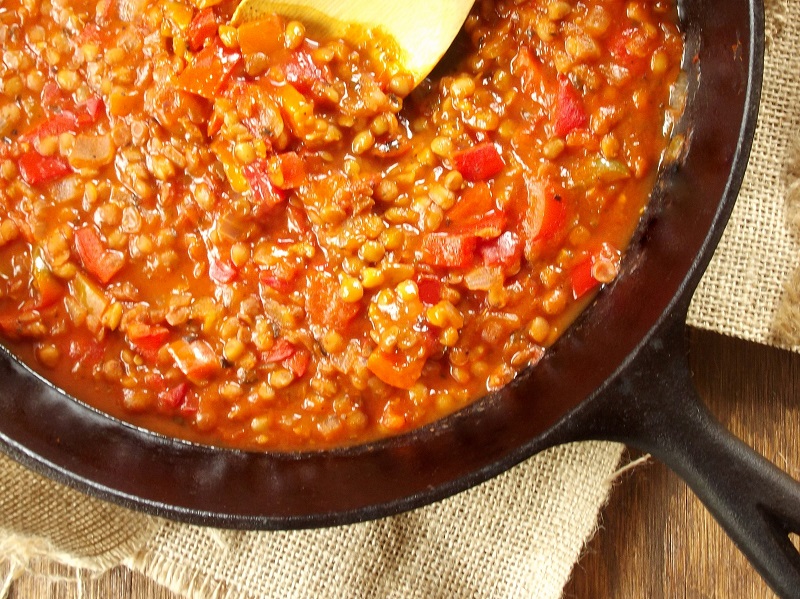