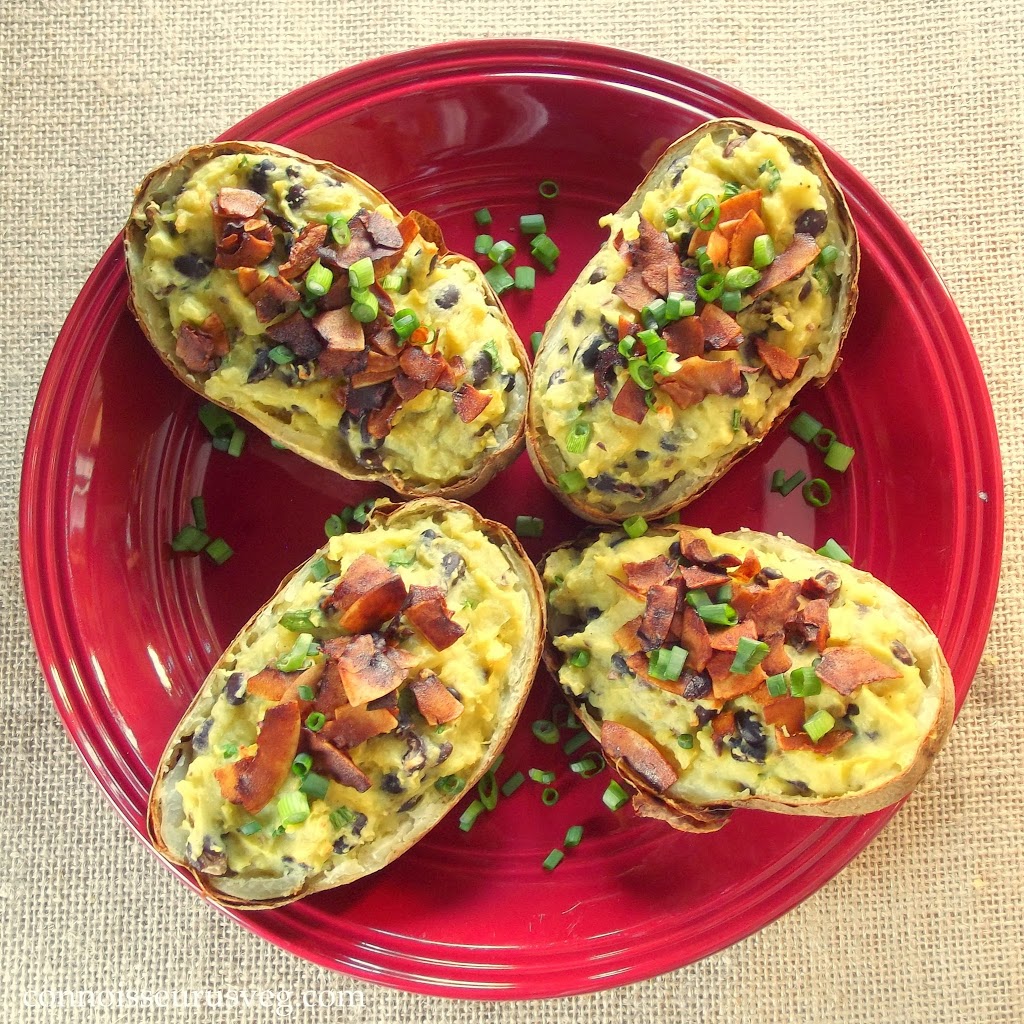 Twice baked potatoes were a favorite go-to meal during my early teenage vegetarian days. The rest of my family members were omnivores. For the most part my mom would make adjustments to home cooked meals so that I could partake, or I’d just fix something for myself. On those occasions when she was making something unvegetarianizable and I was being too lazy to cook for myself, I’d pick up a twice baked potato from the nearby Shop ‘n Bag. This thing was amazing. It was loaded up with cheddar cheese, sour cream and lots of butter. If I remember correctly, they did print the nutrition information on the package, and the fat content was something completely outrageous, but I seem to have understandably blocked out any exact numbers. 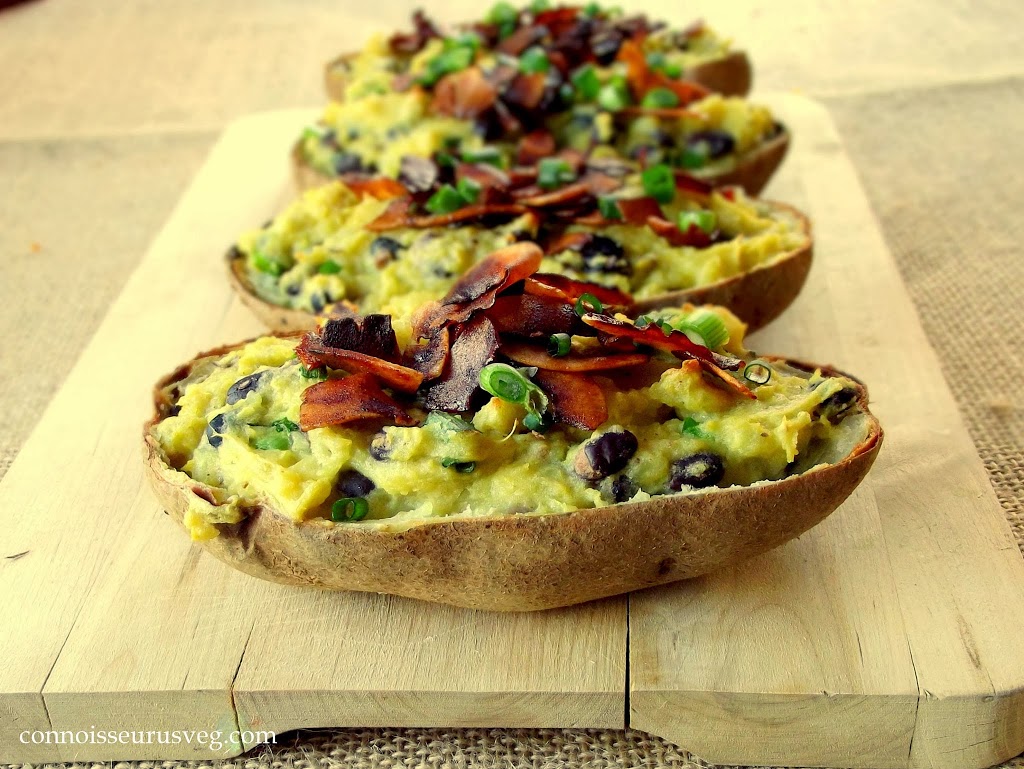 Anyhow, I first got the idea for veganizing the old twice baked potato back around the time I posted this recipe for vegan cheddar dill mashed potatoes. After making the coconut bacon that I posted on earlier this week, I decided it was time to move on that idea.

While these potatoes aren’t exactly something I’d consider light, they are devoid of animal fat and certainly more balanced than those that I used to eat during my teens. I thought black beans would be a nice way to add some texture, along with nutrition in the form of protein and fiber, while the scallions and coconut bacon pack in the flavor. The coconut bacon is key here. Like I said on Monday, the stuff is amazing. 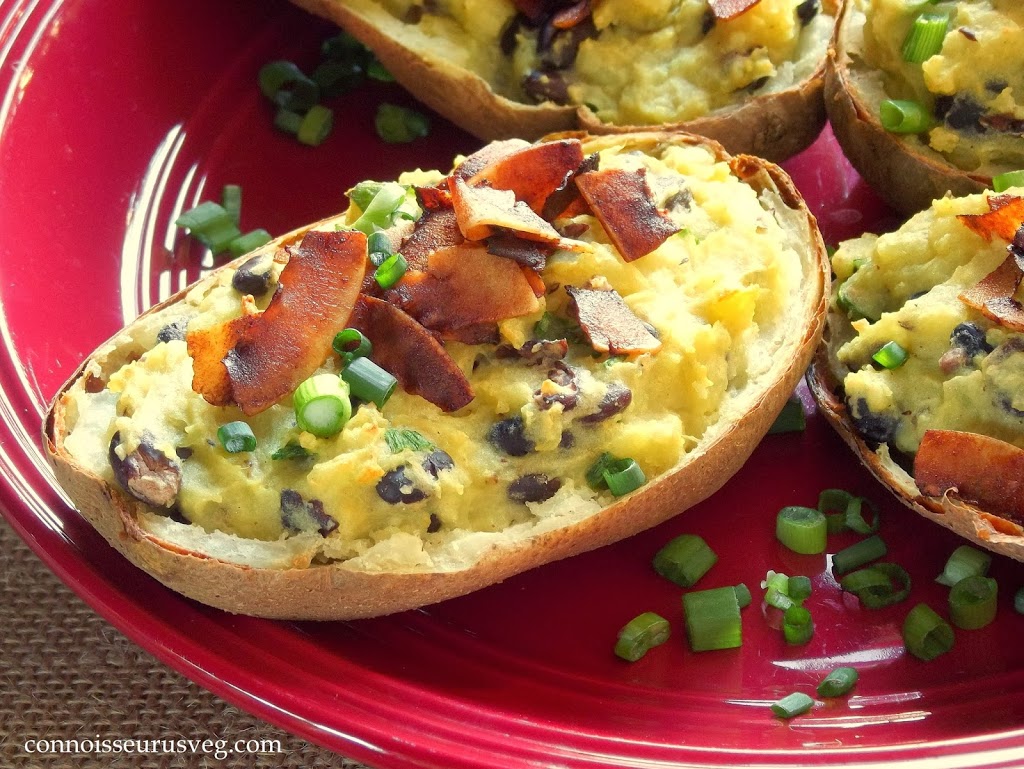 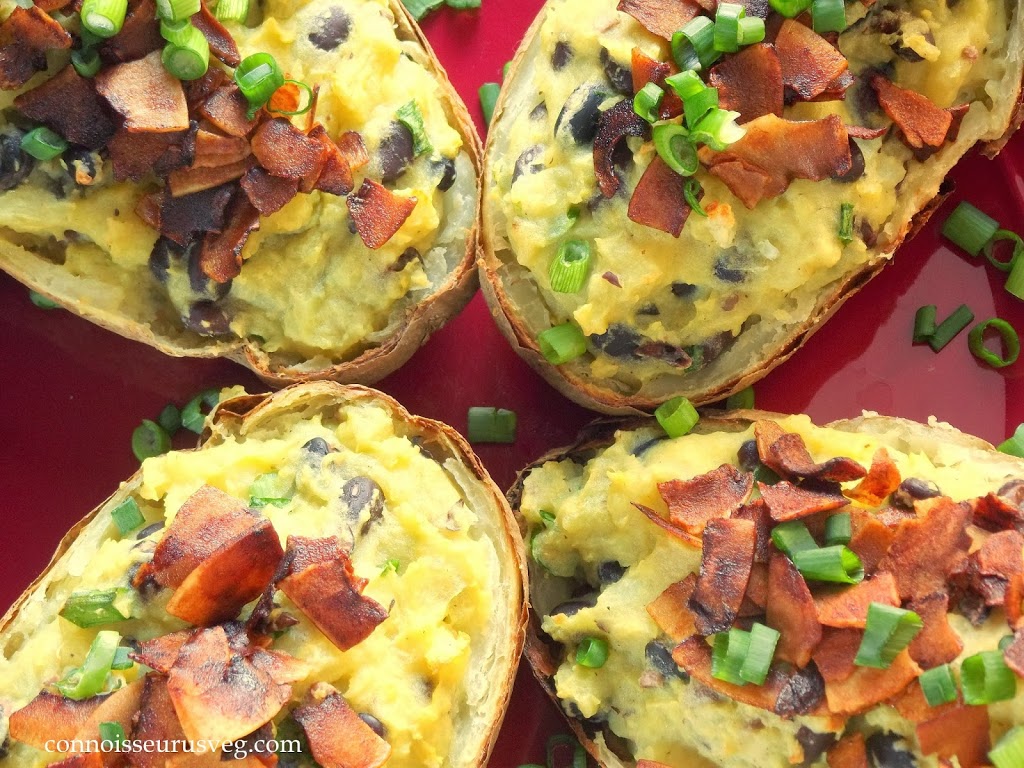