These crave-worthy vegan pecan shortbread cookies are rich, buttery, and loaded with crunchy pecans. You'd never guess they were dairy-free! 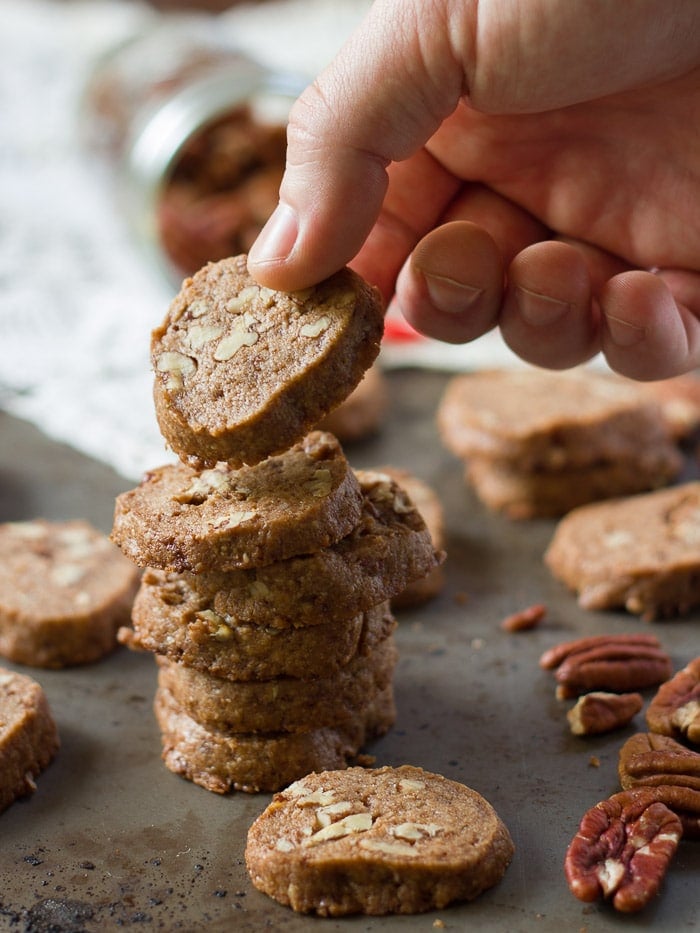 My boyfriend texted me from work last week to notify me that October is national cookie month. He thought Connoisseurus Veg should know. He was right! I can always use an excuse to bake some cookies. I don't make cookies that often, and when I do I usually send them to work with him, not only to share the cookie love, but also to get them out of the house. Upon pondering what type of cookies to make on this particular occasion, I realized I'd been neglecting my favorite cookie monster: my dad.

Dad's favorite while I was growing up was always Pecan Sandies, and since vegan pecan shortbread is an area of baking I've yet to explore on this blog, I decided I'd found the perfect solution. This also gave me a great opportunity to try out this recipe for coconut oil based vegan butter. I'd seen it a bunch of times on Pinterest and had been itching to incorporate it into some baking. I finally got around to making it a few weeks ago, but left it sitting in the freezer awaiting just the right vegan butter need. 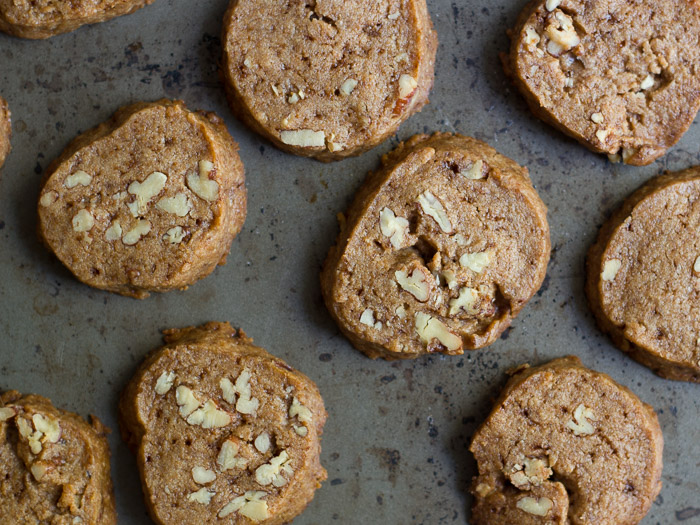 Recognizing that you guys might not be up for making your own vegan butter, I tried two versions of this cookie recipe. One using store bought vegan margarine and another using the homemade butter. Both versions produced some delicious cookies, but the butter version was the winner, hands down.

I have a few thoughts on the butter itself. First, it's awesome! It was really easy to make. The only unusual ingredients were xanthan gum and lecithin,  both of which were easily obtained through the magic of Amazon. I immediately decided I loved the taste. This does not taste like margarine: "vegan butter" is a much more accurate name. It has that subtle, rich buttery taste, with just a hint of coconut. I'd seriously put this on my toast (and probably will). It even looks more like butter, having a milky-white color and smooth consistency. 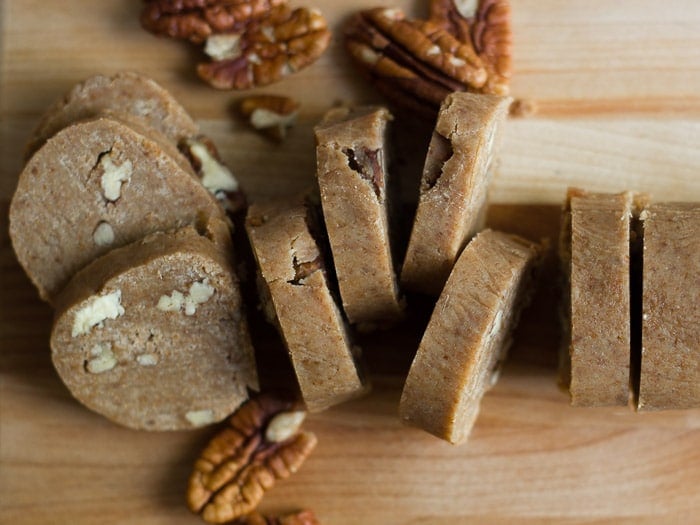 A few thoughts on the vegan butter:

There you have it. Now, both versions were great. Don't be discouraged if you don't feel like making the butter. Either way, you will have delicious, homemade, vegan shortbread. Happy cookie month!

This post first published on Connoisseurus Veg on October 16, 2013. 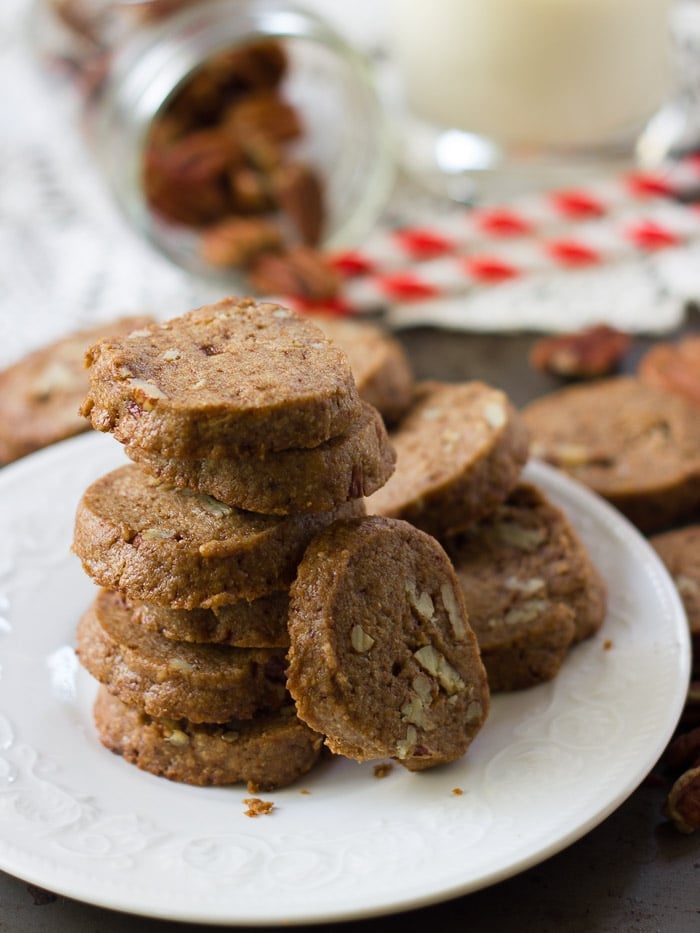 For a golden-brown color like you see in the photos, use spelt flour and coconut sugar. For a paler, more traditional shortbread, use all-purpose flour and white sugar. 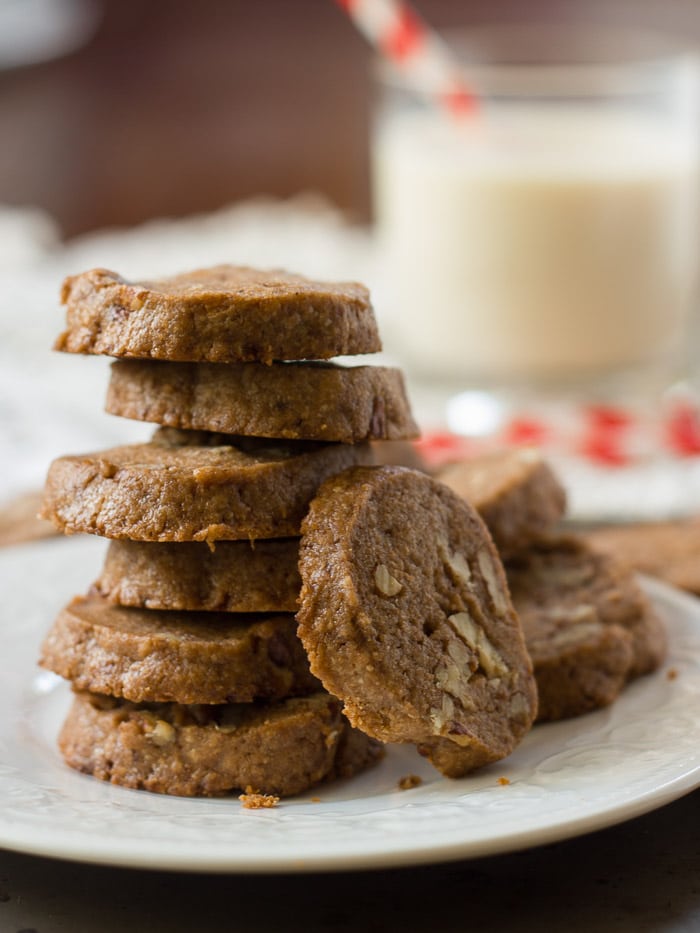