These vegan pumpkin burgers are packed with hearty pecans, toasty spices, and topped of with creamy hummus and a dollop of apple relish!

At some point over the summer I became my family's designated veggie burger provider for all get-togethers. We seem to have just this year tipped the balance in favor of veggie burger eaters over conventional burger eaters, which has me happy. I couldn't be more psyched about my new role as vegan burger chef.

But alas, summer is over, as is burger season. Not. There's always room in my heart for a good old veggie burger, regardless of the time of year! So now that we're into October, I went and reimagined the trustee veggie burger, and totally fall-ified it. I also invented the verb "fall-ify." I'm on quite a roll.

I went with pumpkin as my featured fall veggie burger flavor, not just because it's awesome, but also because everybody loves pumpkin, and I'm on a mission to keep tipping those veggie burger scales until I've won everyone over (ahem, Dad). One thing I discovered over the summer during my veggie burger escapades is that nuts lend an awesome texture to veggie burgers, and when I think of fall and nuts I always think of pecans, so in they went. I topped everything off with some hummus and apple-pomegranate salsa. The result was burgers that are unmistakably fall-inspired, but also have a hint of a Mediterranean vibe. 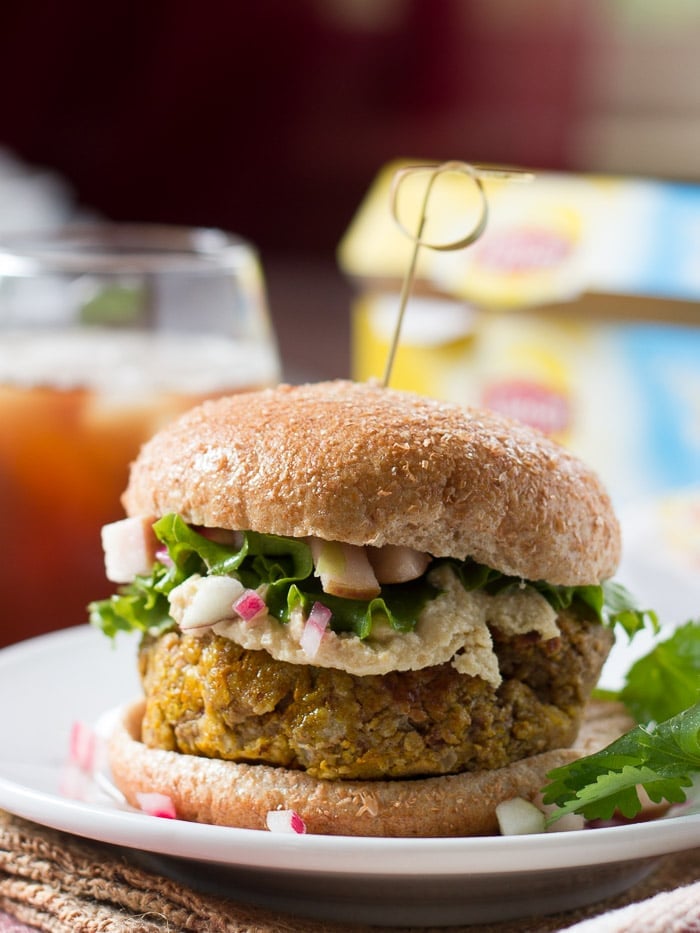 For the Nutty Pumpkin Burgers

For the Apple Relish