Made with creamy peanut butter, infused with spices, and studded with dark chocolate chips, these vegan blackstrap molasses muffins are sure to become an instant favorite!

Okay, so I realize I constantly refer to new recipes as all-time favorites on this site. The fact that I do it all the time doesn't make it not true. I'm just really enthusiastic about my food, and when I love a new recipe, it's an instant favorite.

Having said all that: these muffins are my favorite muffins ever. That includes all the vegan and non-vegan, healthy, sugar laden desserts-in-disguise and everything in between. They've even managed to surpass my vegan banana muffins, which is saying a lot.

I've been working on this one for a while, though not intentionally. Some time around last spring I threw the first version of the recipe together, and I've been making and tweaking the recipe ever since. As a result of all of that, I'm pretty certain I've nailed down the best possible version.

My first batch used almond butter instead of peanut butter, and that was good, but the peanut butter version is definitely better. Also, for some reason coconut oil works better than any other oil in this recipe, although you could go with some other neutral flavored baking oil if that's what you've got on hand. Can you swap out the blackstrap molasses for regular molasses? Maybe. That's one thing I haven't tried, but I really love blackstrap, and I especially love the combination of blackstrap molasses and peanut butter. (If you do too, check out my breakfast cookies, which also feature that combo).

If case you're not familiar, blackstrap molasses is essentially super intense molasses. It's also got some health benefits as compared to regular old molasses. You can possibly get it at the regular old supermarket, definitely at places like Whole Foods and Trader Joe's, and if all else fails, get it on Amazon. 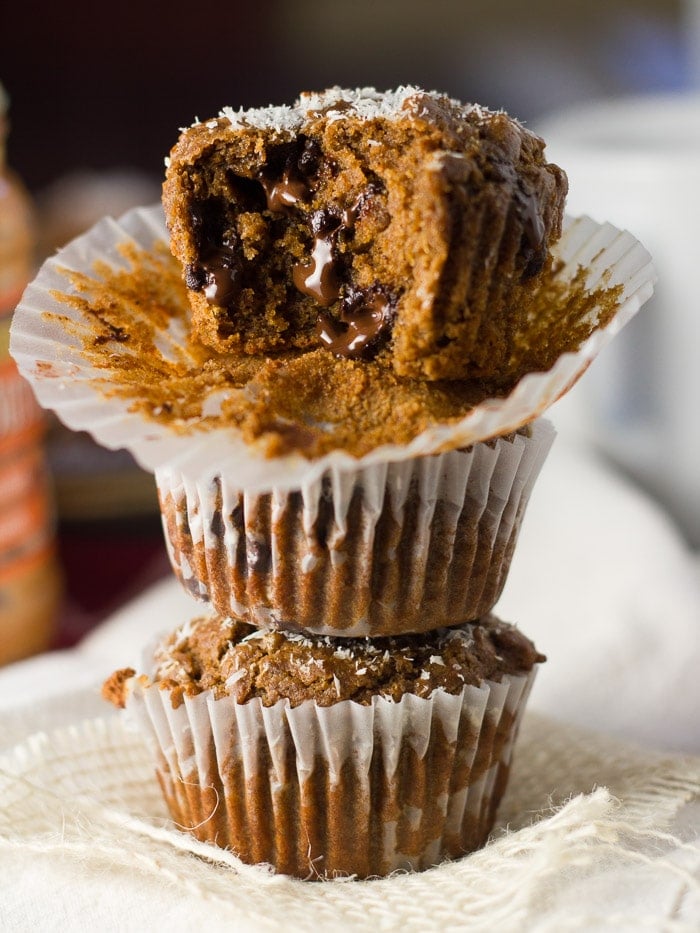