I thought I created a vegan version of beef stew when I made this the other day. I guess it's been so long since I had beef stew (at least 22 years), that I forgot there was some specific formula to it. I thought any old stew would do. Sometimes I make these assumptions. Yeah, of course, everyone knows what that food is. Apparently not I.

It wasn't until dinner time that my husband informed me I'd created something else. Apparently potatoes are normally found in beef stew, while barley and tomatoes are not. I didn't tell him every detail of the recipe, but I'm guessing red wine is also a little out of place.

So what I actually made was more of a vegan beef barley soup. I'm okay with that, because it was awesome. My husband wasn't complaining either. After letting me know I'd missed the mark on my original intention, he downed a big bowl of the stuff and asked how much leftovers we had for lunches. We actually had a lot leftover, in case you were wondering. This makes a big pot of stew, it's totally lunch packable, and it gets better overnight, with the barley soaking up the broth as it sits.

In hindsight, the things about this dish that made it not beef stew were the very things that made it so good. Barley, tomatoes, a little wine, and let's not forget, seitan. Maybe that's why I never liked beef stew when I was a kid.

P.S. After initially publishing this I managed to figure out what beef stew was all about, and I even came up with a recipe for it! 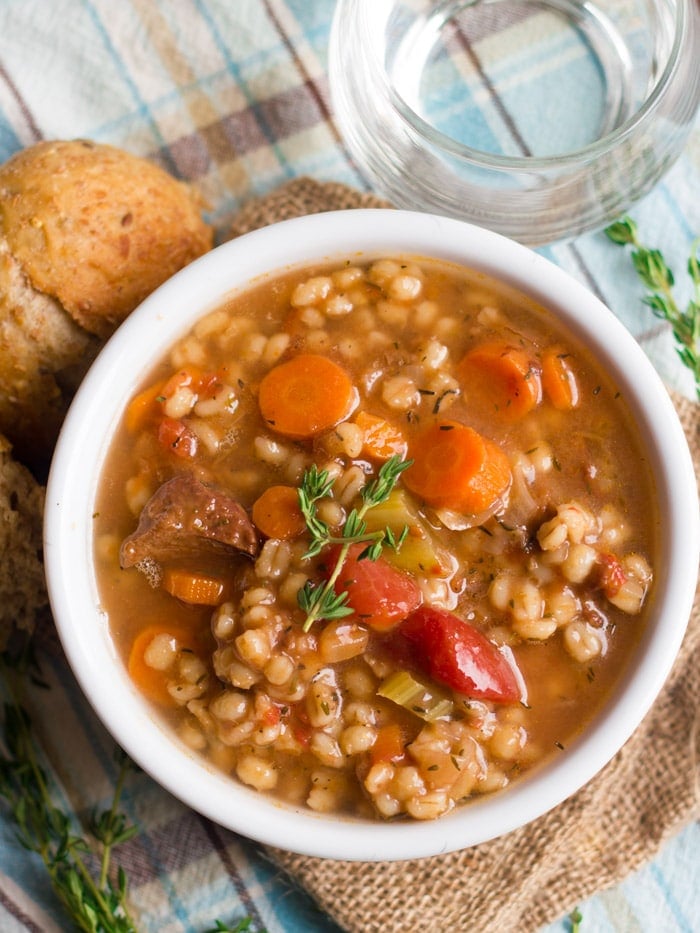