This mushroom pâté is packed with savory flavor and surprisingly easy to make! This vegan and gluten-free spread makes a perfect party appetizer that everyone can enjoy.

Let me just say that I never expected pâté to be my thing. I never liked meat, and the idea of blended up meat that goes on a cracker just doesn't appeal to me at all.

So when I first got a request for a vegan pâté recipe I figured it would never happen. But then I started planning my holiday calendar and brainstorming for appetizer recipes, and it dawned on me: mushroom pâté. Ohhhh...this could be good!

Indeed, this turned out to be one of my favorite things ever. Who knew pâté could be so good?!

Traditional pâté is made from meat, usually liver. It's blended into a paste and sometimes shaped into a loaf. To be honest, I have no idea what it tastes like (though people tell me it's delicious).

I'm pretty confident that this stuff does not taste like meat-based pâté. But it is incredibly delicious!

This mushroom pâté tastes like (surprise!) mushrooms. But super intense, super delicious, very savory mushrooms, thanks to the inclusion of two types of mushrooms (cremini and oyster) as well as truffle oil.

I've added walnuts to give this vegan pâté some texture and a hint of nutty flavor.

If you're a fan of mushrooms and nuts you'll need to exercise some real self-restraint!

How to Make Vegan Mushroom Pâté

This mushroom pâté is pretty easy to make!

Is the truffle oil really necessary?

Technically no. The recipe will work if you leave it out, but it just won't taste the same. Truffle oil adds so much flavor!

How is mushroom pâté served?

Serve it as an appetizer or snack, and be sure to pair it up with something to spread it on! I like my pâté on toasted baguette slices, but crackers work too. 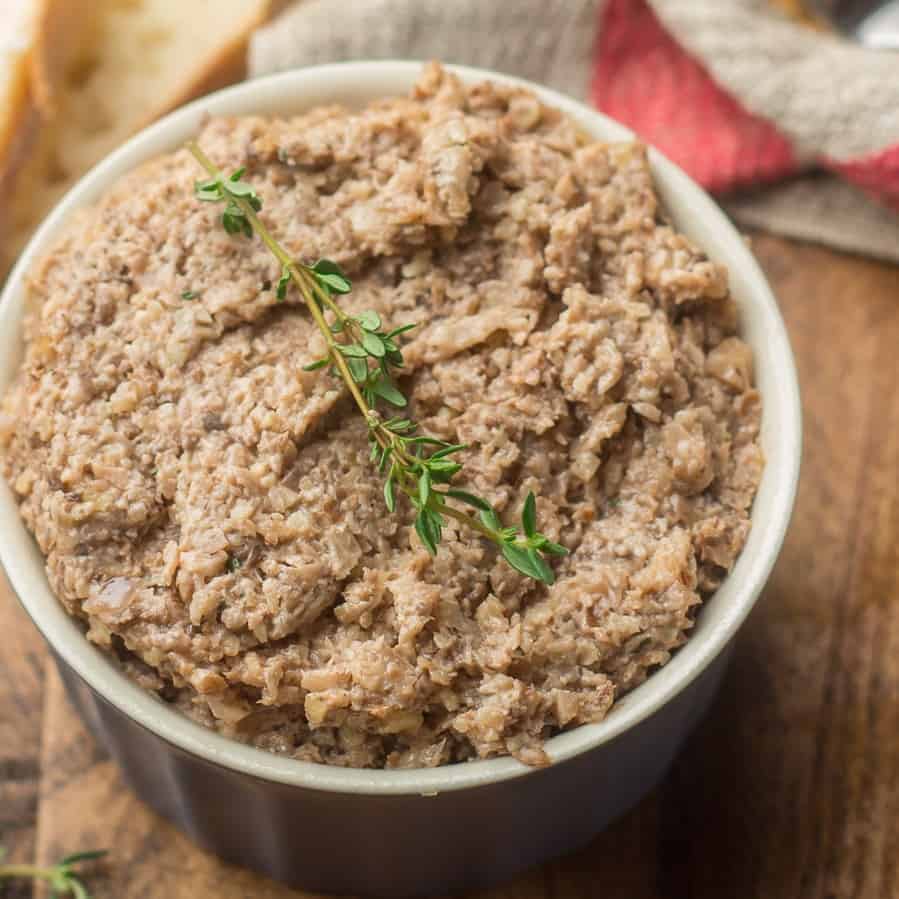 This mushroom pâté is packed with savory flavor and surprisingly easy to make! This vegan and gluten-free spread makes a perfect party appetizer that everyone can enjoy.