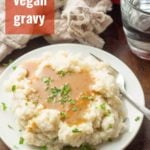 Pour it on your mashed potatoes. Pour it on everything! This vegan gravy is super simple, super delicious, and requires only seven ingredients to make.

I've made vegan gravy for this site before. In fact, I've made a lot of vegan gravy. I'm a big fan of the stuff. But I can get a little carried away.

I made vegan gravy with whiskey and mushrooms. It was awesome. But I know lots of you aren't down with one or both of those ingredients. And I've got other versions of vegan gravy involving other stuff like caramelized onions or homemade vegan sausage. So if you're into fancy stuff in your gravy, check out those recipes.

But I thought just maybe a few of you would want a super simple gravy recipe that tastes just like the stuff you grew up eating on your mashed potatoes, but also happens to be free of animal products.

Well folks, here it is. And it's delicious.

This gravy is perfect for Thanksgiving. It's probably as close to Turkey gravy as you can get without the actual Turkey. It's also super easy.

Why this Recipe Works

Regular old Turkey gravy isn't much more than a bunch of fat, flour and broth. So that's what I used in here, but in vegan form.

To make it taste like turkey gravy I added a few seasonings. Soy sauce and vegan Worcestershire sauce make this gravy nice and savory. Onions turn up the flavor even more.

And my then there's my secret ingredient: poultry seasoning.

Poultry seasoning is a blend of spices that you'd normally use to season poultry. What I discovered is that because we associate these flavors with poultry, they're great for making things taste like poultry.

Start by melting your vegan butter in a pot over medium heat. Once it's melted and starting to bubble, add diced onion. Cook the onion for a few minutes, giving it a stir from time to time, until it softens and becomes translucent.

Bring the gravy to a boil, lower the heat and let it simmer for 10 to 15 minutes to thicken up.

We all have different preferences as far as gravy thickness is concerned, so adjust if needed.

If the gravy seems too thick, add some water. If it seems too thin, remove a little from the pot, then whisk it together with some flour in a small cup. Return the mixture to the pot and whisk everything back together.

Also be sure to taste-test and adjust any of the seasonings as you see fit!

Tip: I like to keep a quick mixing variety of flour such as Wondra on hand when I'm making vegan gravy. It dissolves easier so it works better for thickening the gravy towards the end of cooking.

Serving ideas! This gravy is delicious over mashed potatoes, stuffing, or as an alternative to the glaze to top my chickpea meatloaf.

Vegan gravy will keep in an airtight container in the refrigerator for about 4 days, or in the freezer for about 3 months. It will become thick and gelatinous during storage, so I recommend reheating it in a saucepan on the stove while whisking like crazy. You can also add a splash of extra water during reheating if needed.

Can this gravy be made a day ahead and reheated?

It can, but it's best on the day it's made, and since it's so simple, I normally just make it right before serving. If you're short on time, I get it! Just follow the storage and reheating instructions above and be aware that it will thicken.

It is! Poultry seasoning is a blend of herbs normally used to season poultry. It typically contains thyme, sage, rosemary, black pepper and nutmeg, though the specific ingredients will vary by brand. 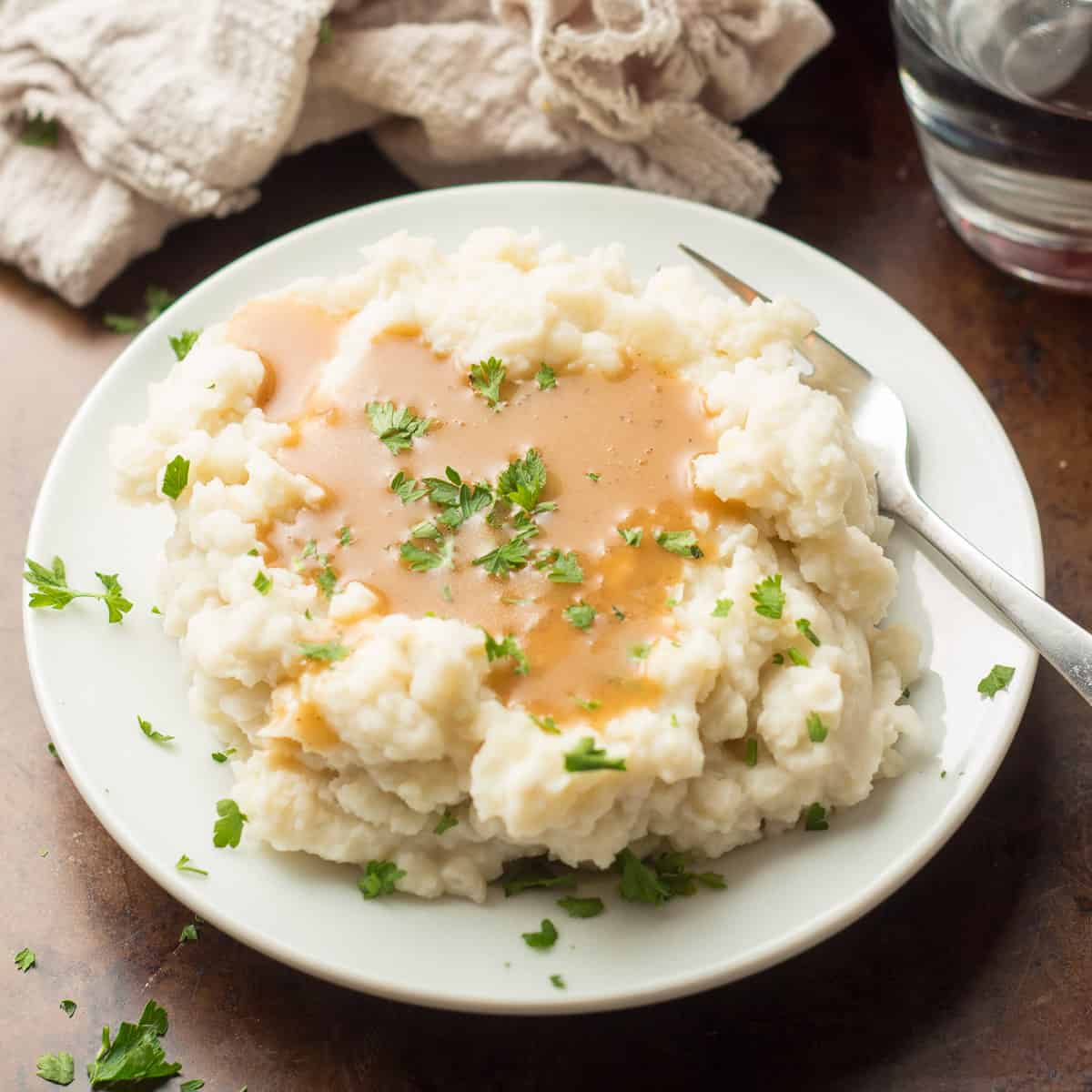 Pour it on your mashed potatoes. Pour it on everything! This vegan gravy is super simple, super delicious, and requires only seven ingredients to make.