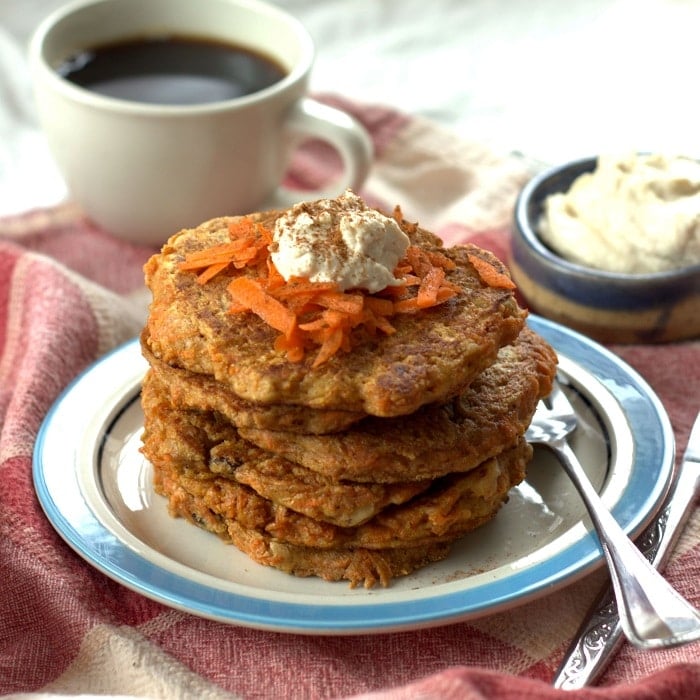 This is a veganized version of a brunch favorite of mine. At some point I had carrot cake pancakes with maple cream cheese topping at some cutesy little brunch café and decided I was in love. After that we hit a rough patch though. Going out to brunch is great, except for two things that I discovered. (1) Those cutesy brunch cafés always have something like a two hour wait to get in. A two hour wait is rough, especially when you're already eating a late breakfast, so you're hungry. (2) Most of the food isn't vegan. If you're lucky enough to find carrot cake pancakes on a menu somewhere, chances are they're loaded with butter and eggs. 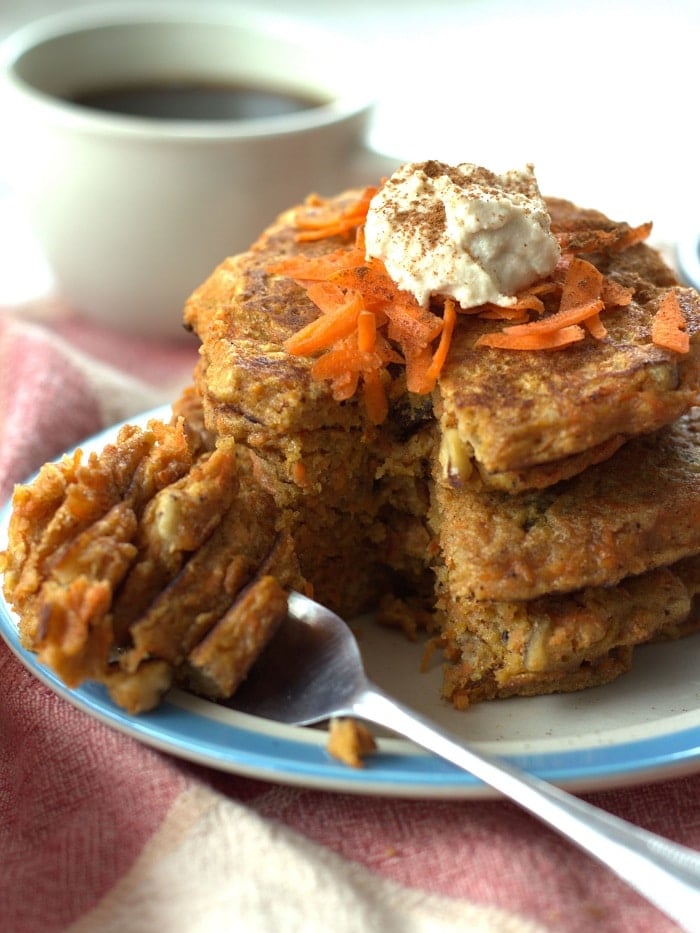 I finally got around to making my own vegan carrot cake pancakes at home, solving both of those pesky little issues. To make things even better, my pancakes turned out healthier than expected. Okay, maybe that isn't saying much, as I never really expected them to be the least bit healthy. Eating pancakes is eating cake for breakfast. That's not too bad, because a pancake isn't a terribly sweet cake, until you go and model it after some dessert cake, like carrot cake with cream cheese frosting. What I discovered when I made these is that I didn't have to add too much sweetness, and much of the sweetness I did add was in the form of raisins, which I I'm pretty okay with. Also, there's about six carrots in the recipe. Considering a rarely eat vegetables for breakfast, I'll issue those as bonus points for myself.

Because this recipe is heavy on the carrots, the pancakes initially cook up more like fritters. I almost expected them to turn out more like carrot hash brown patties or veggie burgers, because the batter is so carrot heavy, but it fluffs up quite a bit during cooking, and what you end up with is definitely carrot cake. 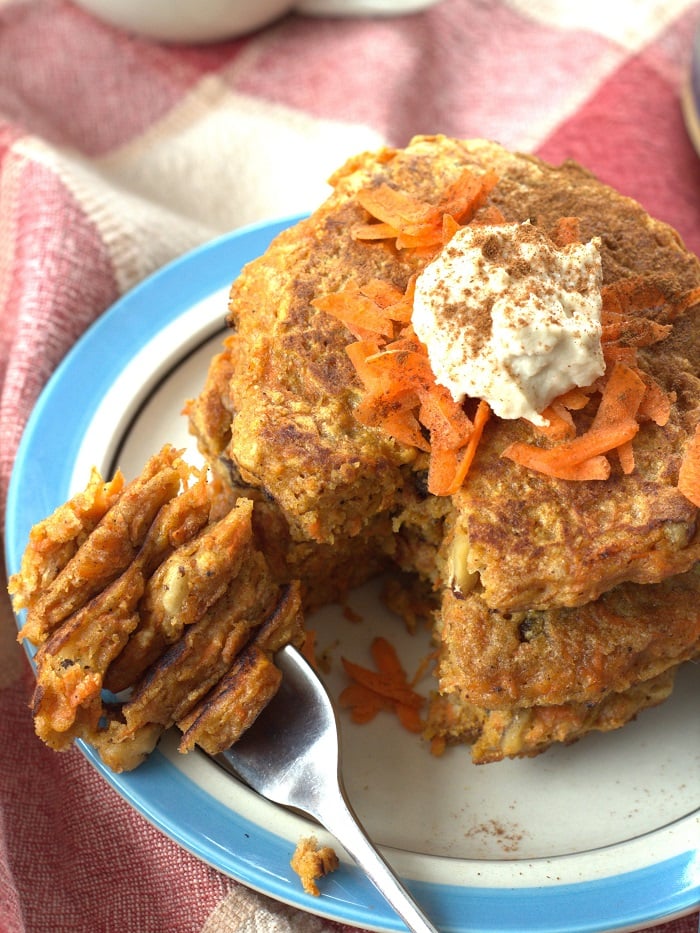 For the Carrot Cake Pancakes

This recipe makes a very generous batch of cashew cream cheese maple topping. Leftovers can be frozen in an airtight container.
I don't recommend using any more than ¼ cup of batter per cake, as these are particularly delicate and can be tough to flip if they're too large. Make sure your cake is ready before flipping. Gently pick up an edge with the spatula. If it feels like it's not ready, give it another minute. 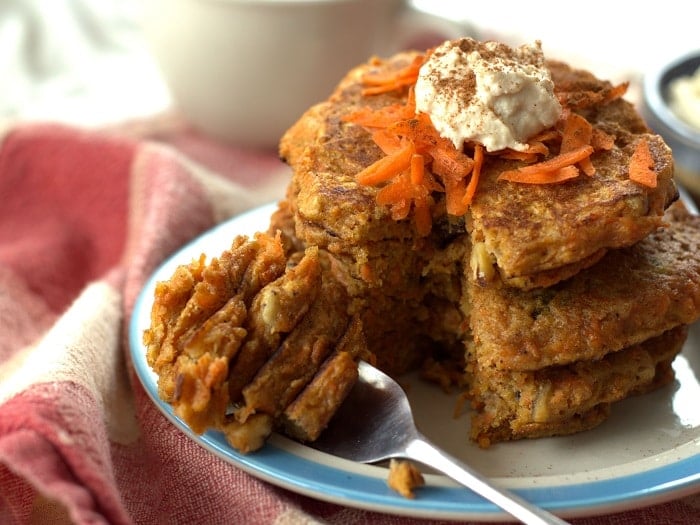