Roasted red pepper halves are stuffed with a rich vegan risotto studded with bits of sun-dried tomatoes, asparagus, and creamied up with blended raw cashews. 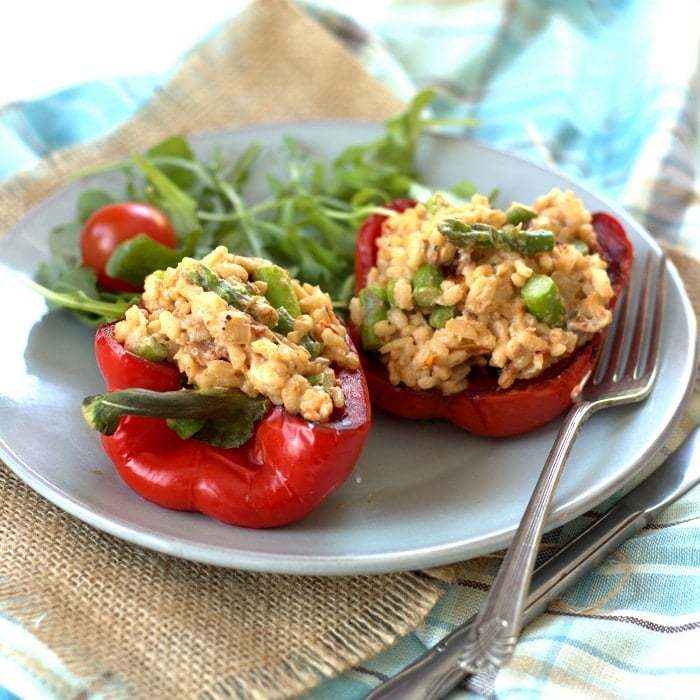 Am I the only one who is feeling a little off today? I get the whole daylight savings thing and all, but kind of messes me up for a few days. I tend to think of it as my annual daylight savings hangover. Or jet lag. Flu. Something. Whatever it is, I just won't be right for a while. I know. I'm a wimp (or a delicate flower as a former coworker put it). I tell people this and they often look at me like I'm nuts. Any support? Can we just turn turn the clocks ahead by, say, a half hour next year at this time and leave them there? Forever?

So you'll have to excuse any major typographical errors or random dream-like babbling that happens this week. I'll get over it soon enough. Don't worry about the food though. I generally get my recipes together a few weeks in advance, so this week's dishes all happened around mid February, when I was normal. Except this one first happened about two years ago. 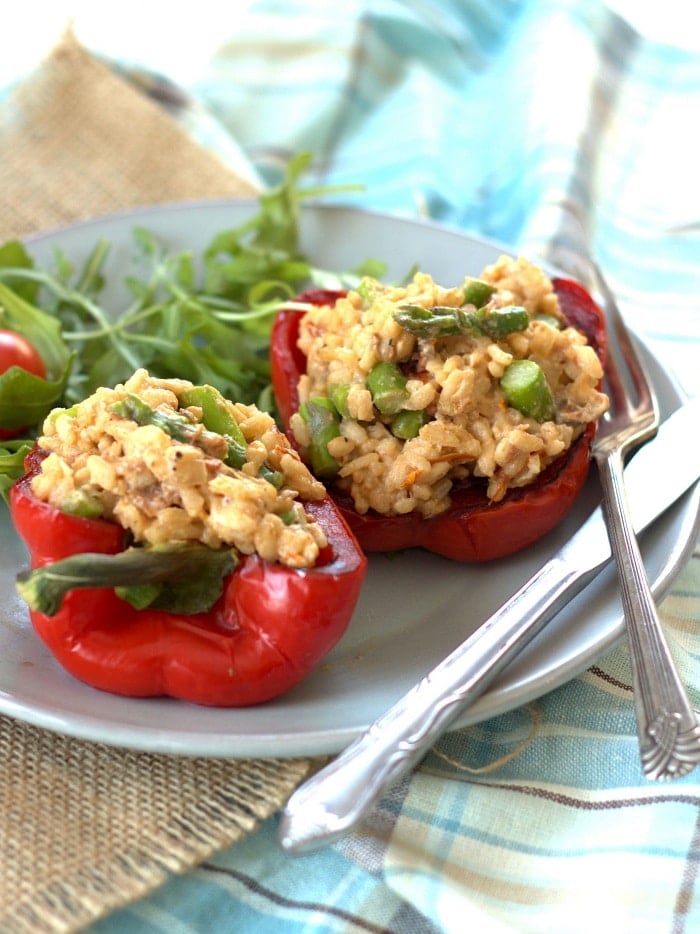 At some point along my blogging journey I started rephotographing my ugly yet delicious old posts. Usually when I do this I just update the post with new pics and share it on Facebook and Pinterest. Sometimes I'll veganize and rephotograph an old recipe, and then I'll do a whole new post letting you know about my fancy new vegan dish. In this case, the original dish was vegan, but when I went to rephotograph it I found some room for improvement. The original version was delicious, which I'm sure you know if you're one of the three or four people that actually saw and made the post. This version is better though. It has more asparagus. Better. It does not call for nutritional yeast, which the original did, but really didn't need. I've learned a few things over the last couple of years of blogging, including the fact that just because an ingredient seems fun and exotic doesn't mean I need to include in a recipe.

One thing I didn't change about my vegan risotto stuffed peppers was the inclusion of cashews. Yes, risotto cooks up very creamy, and it doesn't necessarily need any vegan dairy substitutes, but the little bit of blended cashews kind of takes this dish from good to irresistible. It also combines really nicely with the tang you get from sun-dried tomatoes, giving you a nice cheesy flavor, making this one of those dishes you'd never believe wasn't vegan if you hadn't made if yourself. 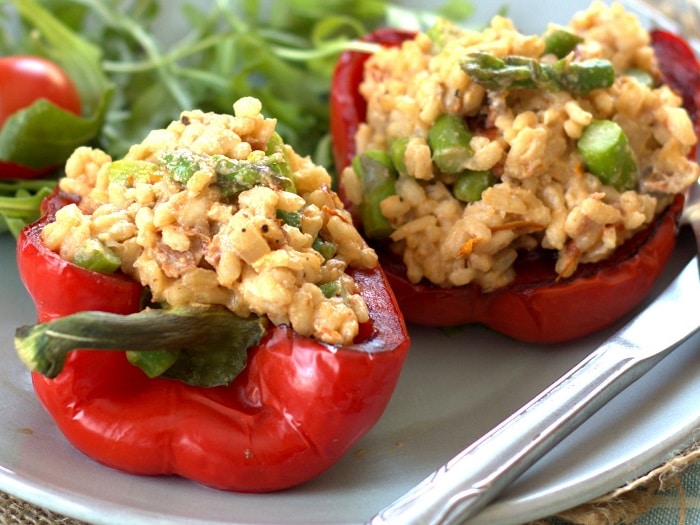 For the Roasted Peppers 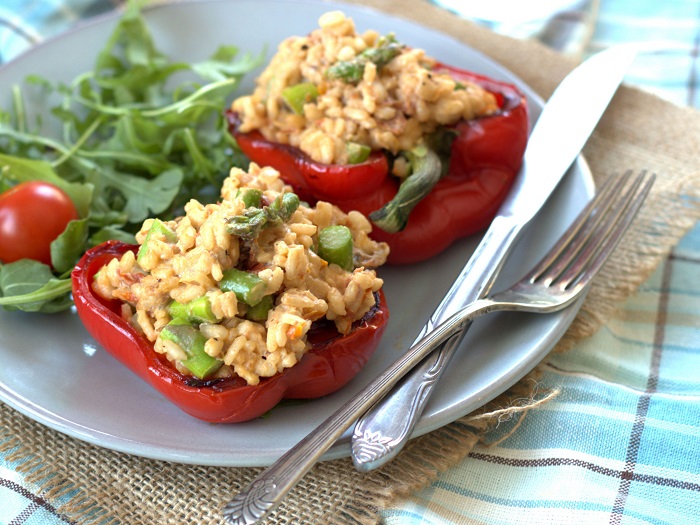