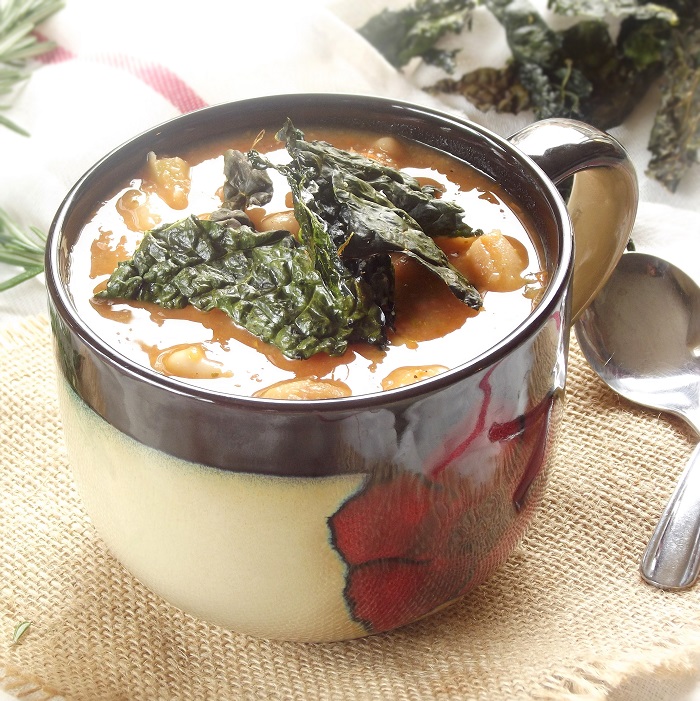 It’s December 9th and I’ve still got dino kale growing in my back yard. Growing. Not just hanging out there, but living, developing, and some might even say thriving. As a first time vegetable gardener this is kind of amazing to me. We’ve gotten several coatings of snow and had temperatures dip into the teens, which killed off everything else (although the mint did put up a good fight). A couple of weeks ago, on Thanksgiving, I went outside to harvest what I thought would be the last few leaves for a smoothie, in the hopes of mitigating all the pie I’d be introducing into my system later in the day. Since then I’ve gotten more leaves. Granted, they aren’t as monstrous as the ones I picked in mid-summer, but they are new and bright green and as tasty as ever. Amazing.

I figure with kale being such a great survivor and all, it must be pretty darn healthy. You know, like it transfers some of it’s resilience onto those who consume it. I’m hoping that’s the case, because I can get to feeling seriously beat this time of year.

Over the summer when I had more of this stuff than I could handle, I passed some off to my brother, who informed me that dino kale (a.k.a., Tuscan or lacinato kale) makes the best chips. I decided to give it a shot, and what better way to use some Tuscan kale chips than in some Tuscan white bean soup? 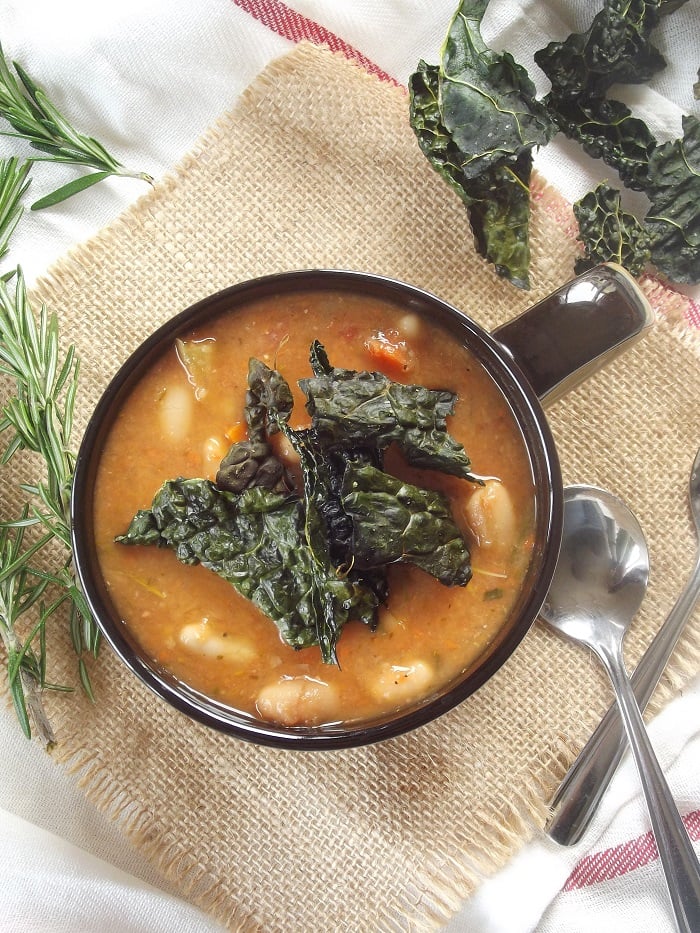 I’ve been all about white bean soup for a while, but the kale chips on soup are new. I can’t take credit for that one. I first saw it done on The First Mess and thought it was an awesome idea.

I’m not sure how this all sounds to you, but my husband was dubious. He tasted the soup, tasted a chip, and confirmed that both were delicious. I told him the chips were to go in the soup and he gave me a sort of “You eat your soup your way, I’ll eat my soup my way” brush off, before giving in on the basis that if I was going to blog it, he’d better taste test it in blog form. After that he ended up eating the whole bowl with chips sprinkled on top. Both the chips and the soup are better that way. The chips kind of float on top of the soup, with the edges becoming lightly saturated, so you get the crunchy and the tender. A big festive kale party in your mouth. 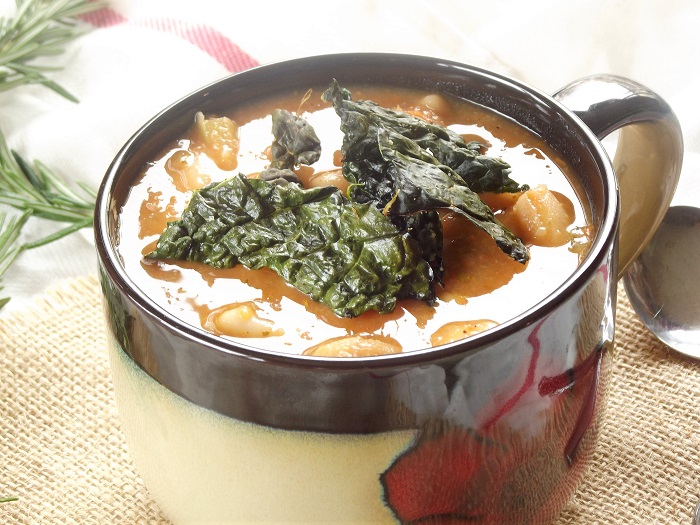 For the Tuscan Bean Soup

For the Kale Chips 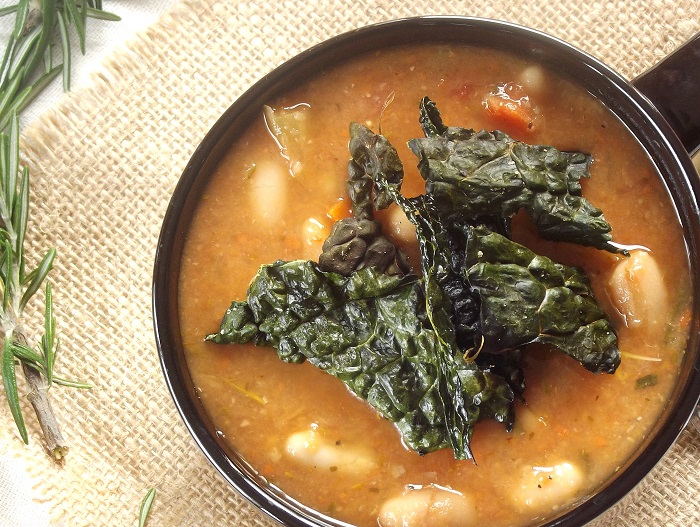