Spicy tempeh sausage and garlicky kale are baked up with crusty seasoned bread cubes to make this savory and hearty vegan stuffing.

I could make a meal out of this stuffing.

Okay, I did make a meal out of this stuffing, and to be honest, that isn't saying a whole lot, being as I usually end up turning the side dishes I post on this site into dinner anyway.

Tempeh sausage isn't actually a new idea on this site. Remember way back when I posted my tempeh breakfast sandwiches? I didn't. With six hundred plus (!) recipes on the site, I tend to forget a thing or two, even when I come up with something that I love. After I made those sandwiches I promised myself I'd do more with the tempeh sausage concept, because it's really so easy. Sausage is all about the spices; get them right, and there's no need for meat.

I liked this version of tempeh sausage better than the last, probably because I threw in all kinds of spices to give it an Italian feel, and nothing says Thanksgiving like Italian food.

Well, not really, but whatever.

Nothing says Thanksgiving like delicious food, be it vegan, vegetarian, Italian, or whatever, so vegan Italian sausage stuffing it is, complimented by some garlicky kale, and of course, squishy bread cubes. This is my new favorite stuffing. 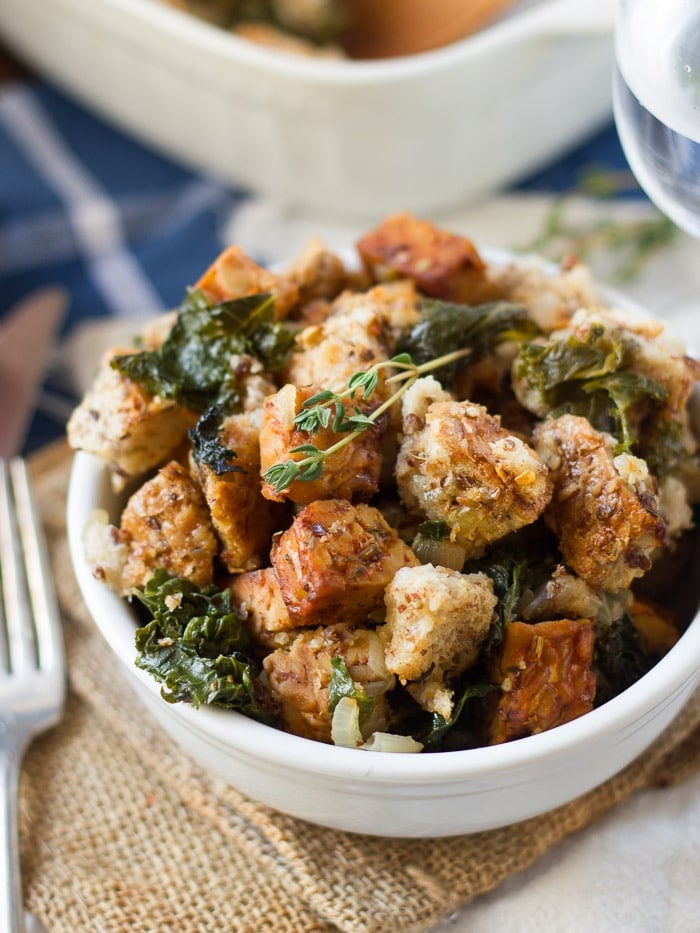 For the Tempeh Sausage