Want to know the secret to a killer batch of refried bean tacos? Spike those beans with some beer! The best part: these easy and flavor packed vegan tacos whip up super easy in just 30 minutes. 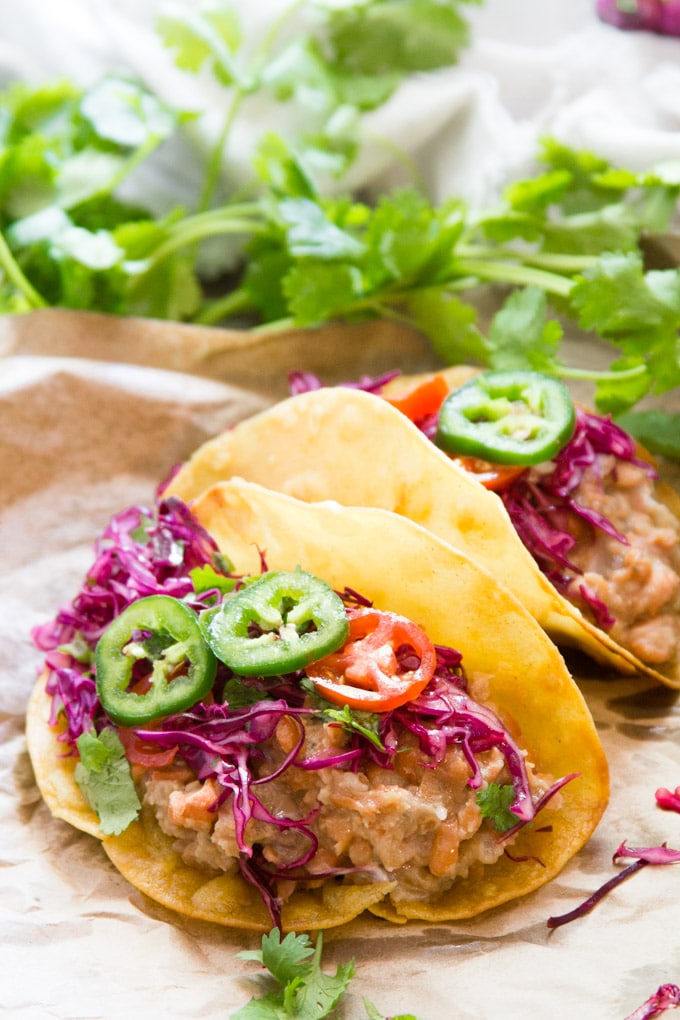 Refried bean tacos have been one of my favorite things for a long time. I LOVE them. But I only put beer in them once, a while back, and then again when I made this batch. I think I forgot how awesome they were the first time around. 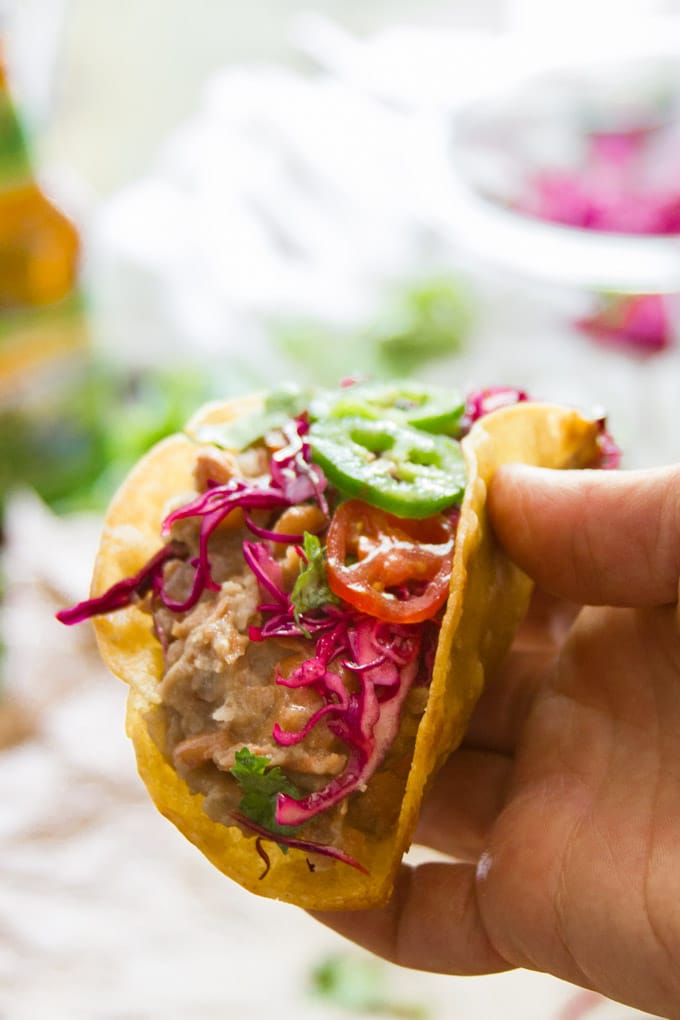 Also, I don't usually keep beer on hand, although maybe I should, because I'm a big fan of cooking with beer. I guess that might have something to do with my forgetfulness.

So that does it: from now on I'm keeping a fridge full of beer.

Do you guys make refried beans? They're really simple. Sauté some onions and garlic for a few minutes. Add your beans and spices. This is where I'd normally add a bit of water or vegetable broth, but for these tacos I went with beer instead.

Simmer until most of the liquid cooks off and the beans soften up, then mash them up! 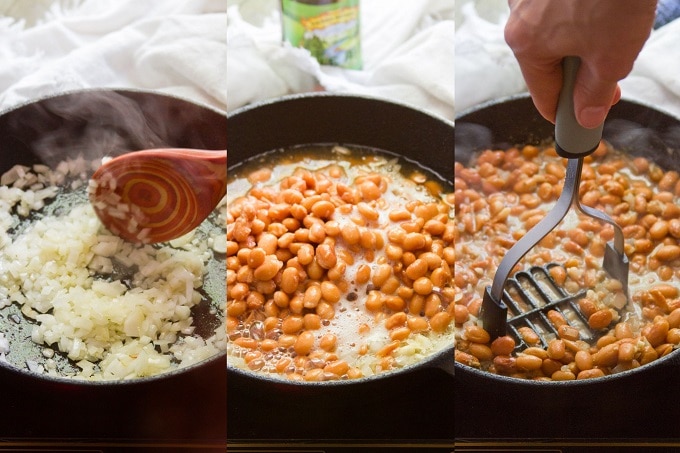 I topped my refried bean tacos with a simple cilantro lime slaw. So good! I'd gladly eat the slaw on it's own. But use your favorite taco toppers if you prefer.

Stuff into shells and devour. 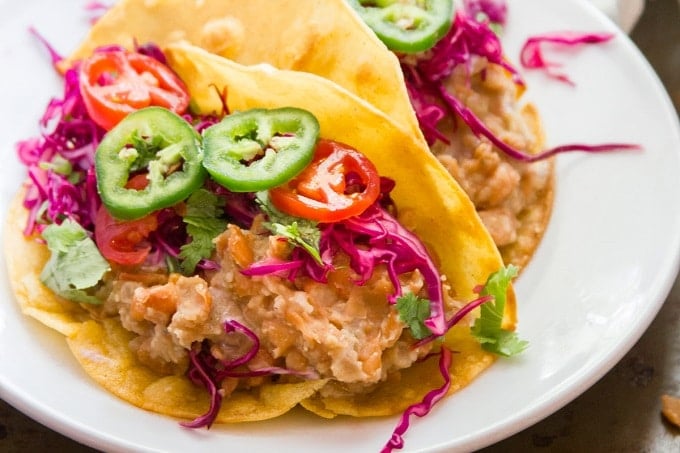 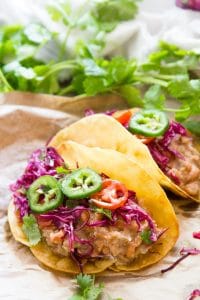 Want to know the secret to a killer batch of refried bean tacos? Spike those beans with some beer! The best part: these easy and flavor packed vegan tacos whip up super easy in just 30 minutes.

For the Cilantro Lime Slaw

For the Drunken Refried Beans

To Make the Cilantro Lime Slaw

To Make the Drunken Refried Beans