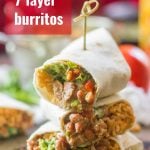 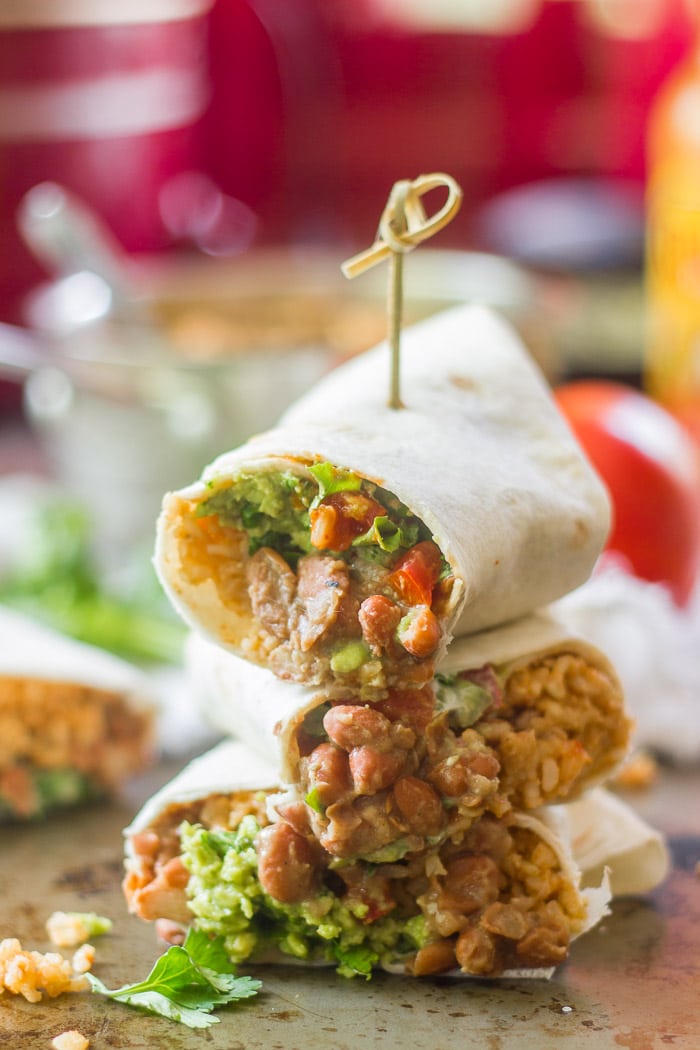 Yeah, I went there. This is a copycat recipe, which is something I don’t do all that often. Somehow or another though, I ended up with a few of these in my post lineup. So there’s more vegan copycat deliciousness to come. Brace yourselves! 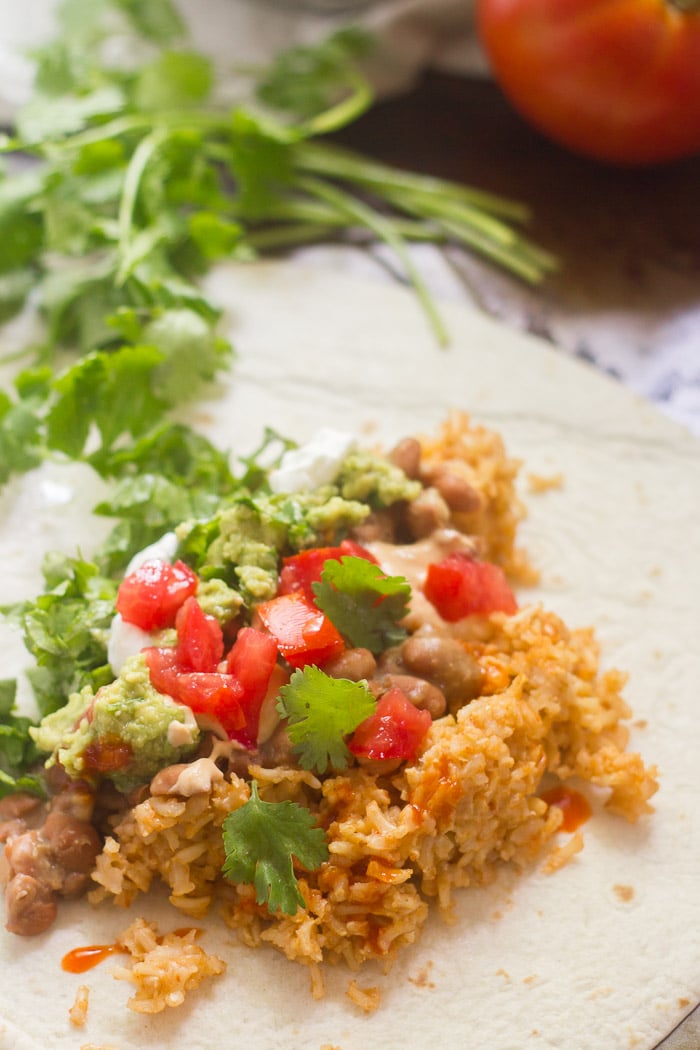 I probably don’t do this much because I went vegetarian so young, so for the most part, I have no idea what lots of everyone’s favorite meaty restaurant dishes taste like. But, as with many-a-vegetarian, Taco Bell is different. Because for lots of us, Taco Bell was the only vegetarian fast food you could get for a while.

I wasn’t actually a seven layer burrito girl though. I was more into the classic bean and cheese burrito, which you could totally turn this into by just skipping the five excess layers. But most people seemed to be fans of the seven layer burrito, including my husband, so when I mentioned the possibility of making a vegan seven layer burrito, he was all about it. And it’s way more fun to veganize seven layers than two, right? (Okay, three of the layers were already vegan, so I’m just giving the treatment to four, but whatever.) 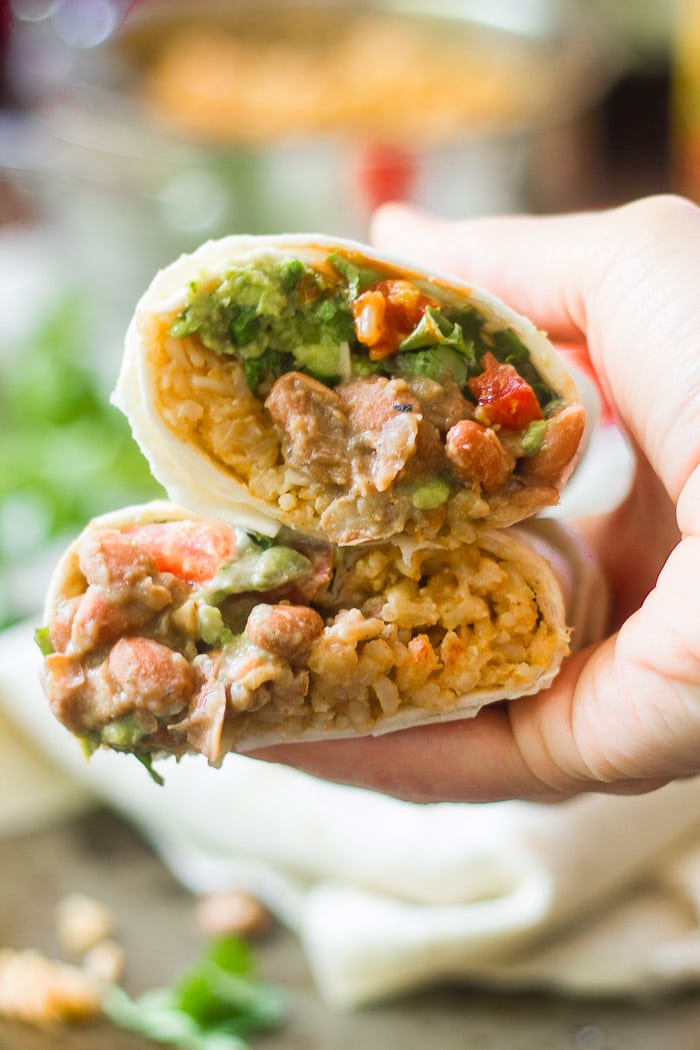 So I decided to veganize the seven layer burrito, and oh man it was good. Maybe I was missing something all along sticking with plain old bean and cheese? In any event, I’m super glad I decided to go this route. 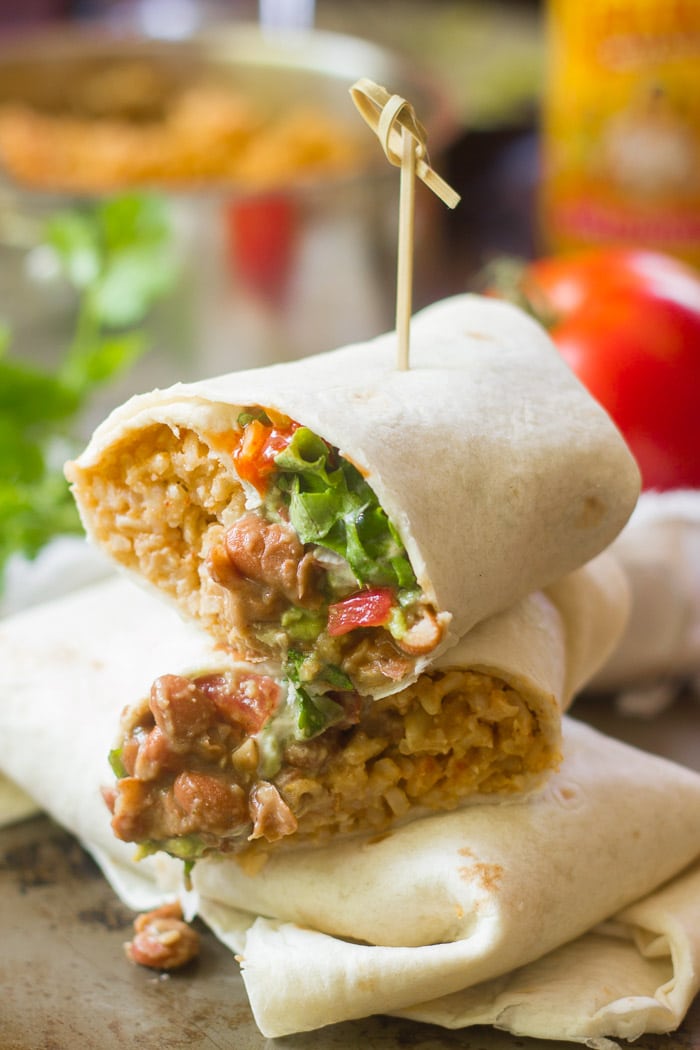 Is seven layers too much for a simple burrito? I think not! Obviously seven layers of filling is a bit more work than one or two, but it’s not as much as you’d think. All of the fillings are simple, and while the beans and rice simmer on the stove-top, you’ve got plenty of time to mix up everything else. Also, for the most part, the layers keep well, so you can whip up a double or triple batch of everything and have several days’ worth of dinners (or packed lunches) on hand. Just take care when packing up the guacamole for storage.

And finally, if you only want to actually make a handful of the layers yourself and go with store bought vegan cheese, guac, sour cream, or whatever, that’s totally okay with me. :) 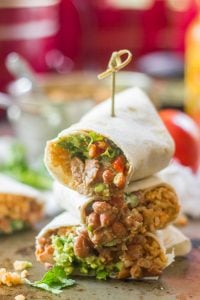 For the Refried Beans:

For the Tahini Cheese Sauce:

For the Cashew Sour Cream:

If you want to cheat and cut the cook-time for the beans, feel free to mash them a bit with a fork. I really prefer to let them cook down, as the texture is much better, but it does take a bit of cook time.