Hearty red lentils and sweet summer corn are simmered up with southwestern spices in a coconut milk broth to make this hearty and totally meal-worthy vegan chowder.

Every year about this time, I start going on about how bad I am at vegetable gardening. This year, I decided to keep things simple. I didn't plant much, and stuck with stuff that I don't expect to get too out of control. I also planted a little citronella plant to keep whatever awful biting insects invaded last year's garden at bay. It's been a bit of a struggle keeping up with the weeds, and while they haven't gotten too out of control, there's a few plants taking off, which, I'm embarrassed to say, could be weeds, or they could just as likely be vegetables that I planted. I'm not sure!

They're about the same size as my tomato plants, and they have a very vegetabley look to them, but I can't for the life of me figure out what they might be. They're nicely spaced out too, just like the would be if I'd stuck them in the ground intentionally. Obviously I didn't do a very good job of keeping great track of what I planted. I've been repeatedly telling myself that tomorrow, they'll reveal what they are by sprouting something recognizable, at which point I'll slap my forehead and either promptly remove them or start to relax and eagerly await their delicious crop.

I'm lucky to live in an area with plenty of farmer's markets and farm stands. Not that I'd ever attempt to plant corn (it sounds tough - is it?), but there's plenty of it available for buying.

I used my first corn purchase of the season to whip up this soup. I did the same with my second. Made it twice! It was tasty! And I wanted to try it both with and without the addition of beer. As much as I can't stand drinking the stuff, beer makes most food taste better, and the beer version of this soup was my favorite, though the version without was delicious too. Go with whichever version suits your tastes, and serve it up with lots of toppings and some crusty bread. 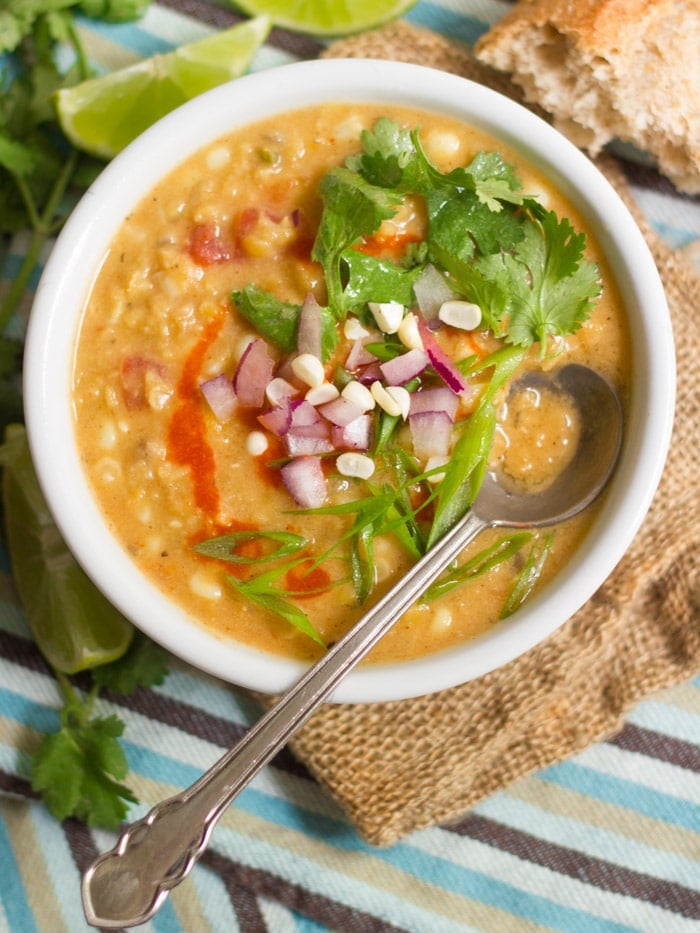