×
You are here: Home / Everything Else / Ginger Pear Butter

This easy pear butter is sweet, creamy and packs a mild kick from fresh ginger. Perfect for a fall breakfast, it goes deliciously on toast, swirled into oatmeal, or eaten straight from a spoon! 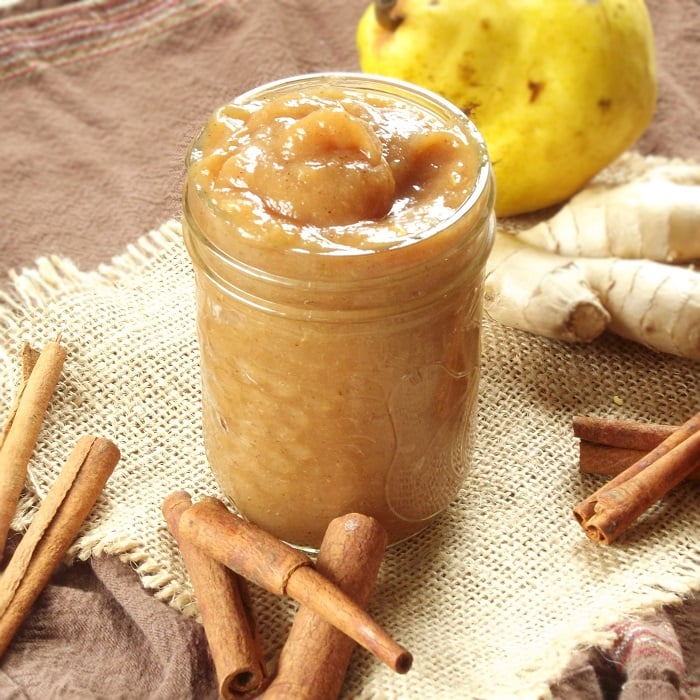 As much as I love the autumn, I was a little bummed this morning, as it was the first Saturday morning I've spent at home in a while that I didn't eat breakfast on the porch. I do get a little attached to that ritual in the warmer months.

Being indoors with the windows closed does have it's advantages though, one of then being the ability to fill my house with the aromas of whatever comfort food I happen to be making on that day. Last weekend it was this pear butter. This stuff will make your house smell amazing for the 50 or so minutes that it cooks away on your stovetop. It's best eaten cool, after it has a chance to thicken up, and that can be pretty difficult after you've spent nearly an hour waiting for it. 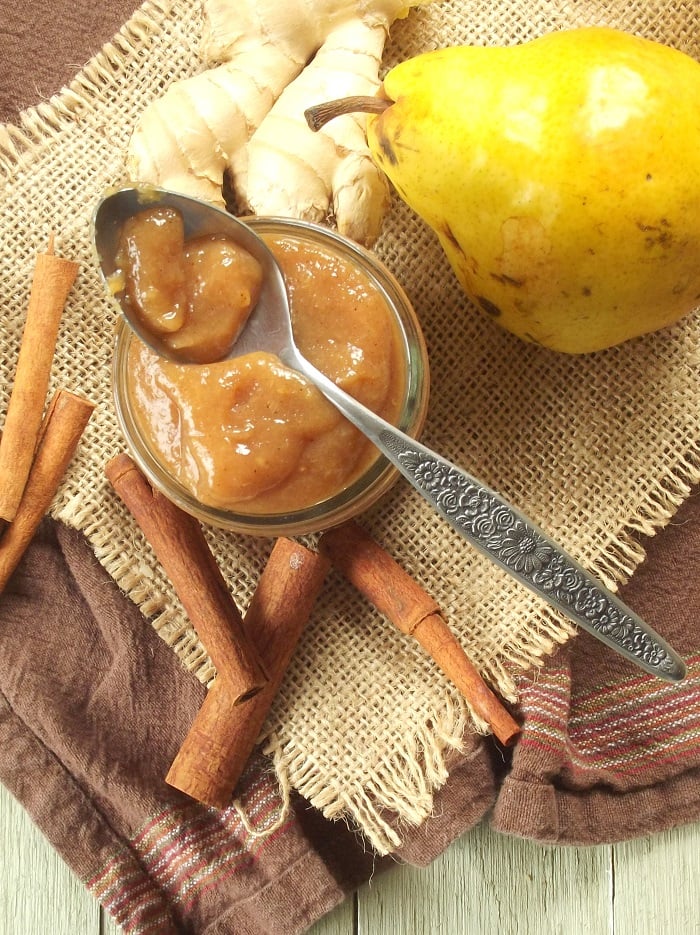 My boyfriend came up with the awesome idea of adding some ginger to this recipe (he does that sometimes). It turned out to be a great addition that gave the butter a nice little kick.

The other thing that's different about this recipe from lot's of others you'll find is that it has significantly less sugar. Trust me, it will turn out plenty creamy and buttery and you won't miss it taste-wise. I discovered a favorite way of eating this, which involves spreading a layer of almond butter over a cracker, followed by a layer of this pear butter. It tastes like pie. How's that for a reduced sugar sweet? 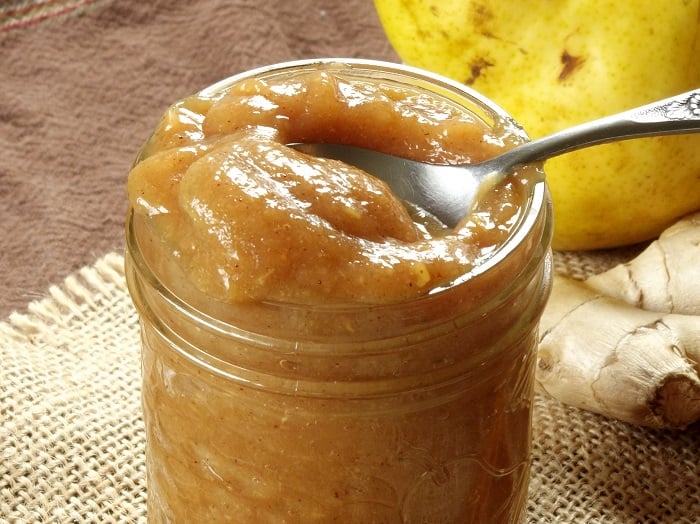 Makes 1 heaping cup.
Refrigerate for up to 1 week. 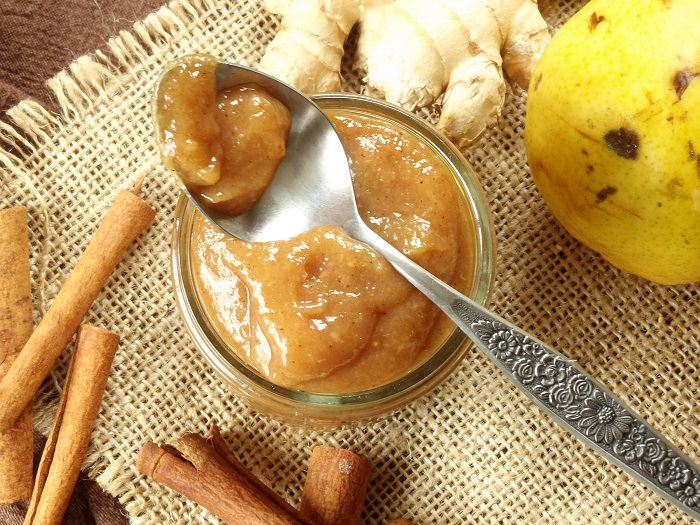