Do all new vegetarians go through the "rice and beans" phase? I feel like it was a big thing when I first converted.

I went through my own rice and beans phase some time during my late teens. That would be after my rice and rice phase, or maybe if I was feeling ambitious, occasional rice and soy sauce and shredded lettuce phase. At some point I realized I wasn't getting adequate nutrition and someone informed me that rice + beans = complete protein. So I graduated to rice and beans, and that was my choice of quick and easy meals for quite some time. Complete proteins were a big deal back in my early vegetarian days in the 90's. They don't seem to be anywhere near as big a cause for concern these days.

Nutritional priorities change, as do my own personal dietary priories. These days, my version of a complete meal always involves copious amounts of veggies. I still eat rice and beans from time to time, but now it's usually accompanied by a salad.

For the "rice" part of this dish, I opted to recreate a popular Tex-Mex cilantro lime rice that I've enjoyed eating in many-a-lunch burrito I could not finish. To make a nice-well balanced meal, I added beans and skipped the burrito part, because it's just as nice to eat with a fork, if you ask me. I also threw a few avocado slices on top, which was nice. Feel free to stuff yours into a burrito, or a taco, or anything else that sounds like it might be good, for that matter; it probably will be. 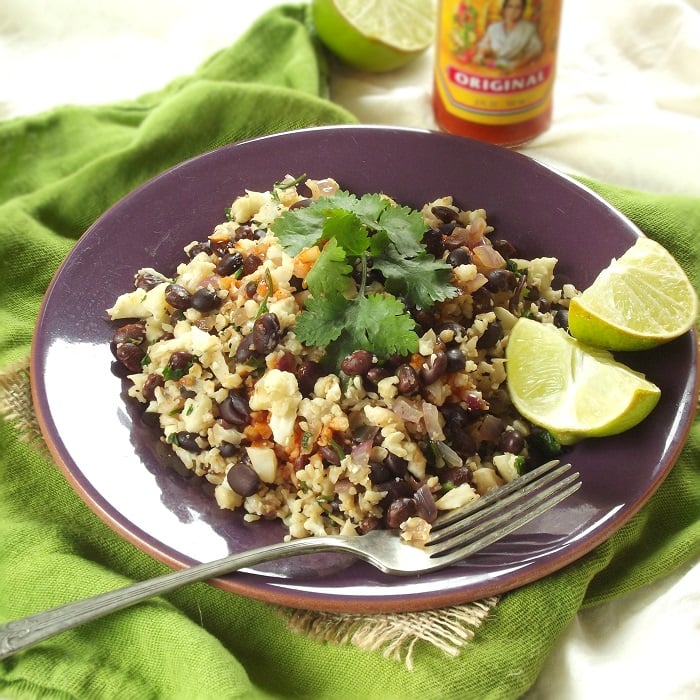