×
You are here: Home / Sides / The Best Vegan Mushroom Gravy 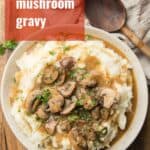 Cremini mushrooms are simmered in whiskey-spiked broth to create this flavor-packed vegan mushroom gravy that will have everyone at your table asking for more!

There are a million mushroom gravy recipes out there, but I 100% believe this one is the BEST. It's ultra savory, easy to make, and absolutely delicious. This gravy is so full of umami flavor, you'd never guess it was plant-based. You'll want to make this one again and again, for everything from Thanksgiving and holiday dinners, to regular old weeknight meals.

How to Make Vegan Mushroom Gravy

The following is a detailed photo tutorial on how to make this gravy. Scroll all the way down if you'd prefer to skip right to the recipe!

You can make this gravy in advance if you'd like. Store it in a sealed container in the fridge for up to 3 days. It will get much thicker during storage — just reheat it on the stove and add a splash of water of broth to thin it if needed.

This gravy is also freezer-friendly! Make sure it's sealed up well and it will keep for up to 3 months.

Can this gravy be made without gluten?

Can I omit the whiskey?

Absolutely! It adds a lot of flavor but the gravy will still be delicious without it.

Most whiskey is vegan as far as I know, but to be on the safe side I like to check with Barnivore before selecting a brand.

Can I make this into a smooth gravy?

Yup! Just blend it in a food processor or blender. Always be super careful when blending hot liquids. You might need to thin it with some extra broth or water.

While I happen to think this gravy is delicious enough to eat with a spoon, I get that you probably want to put it over something. Here are some ideas! 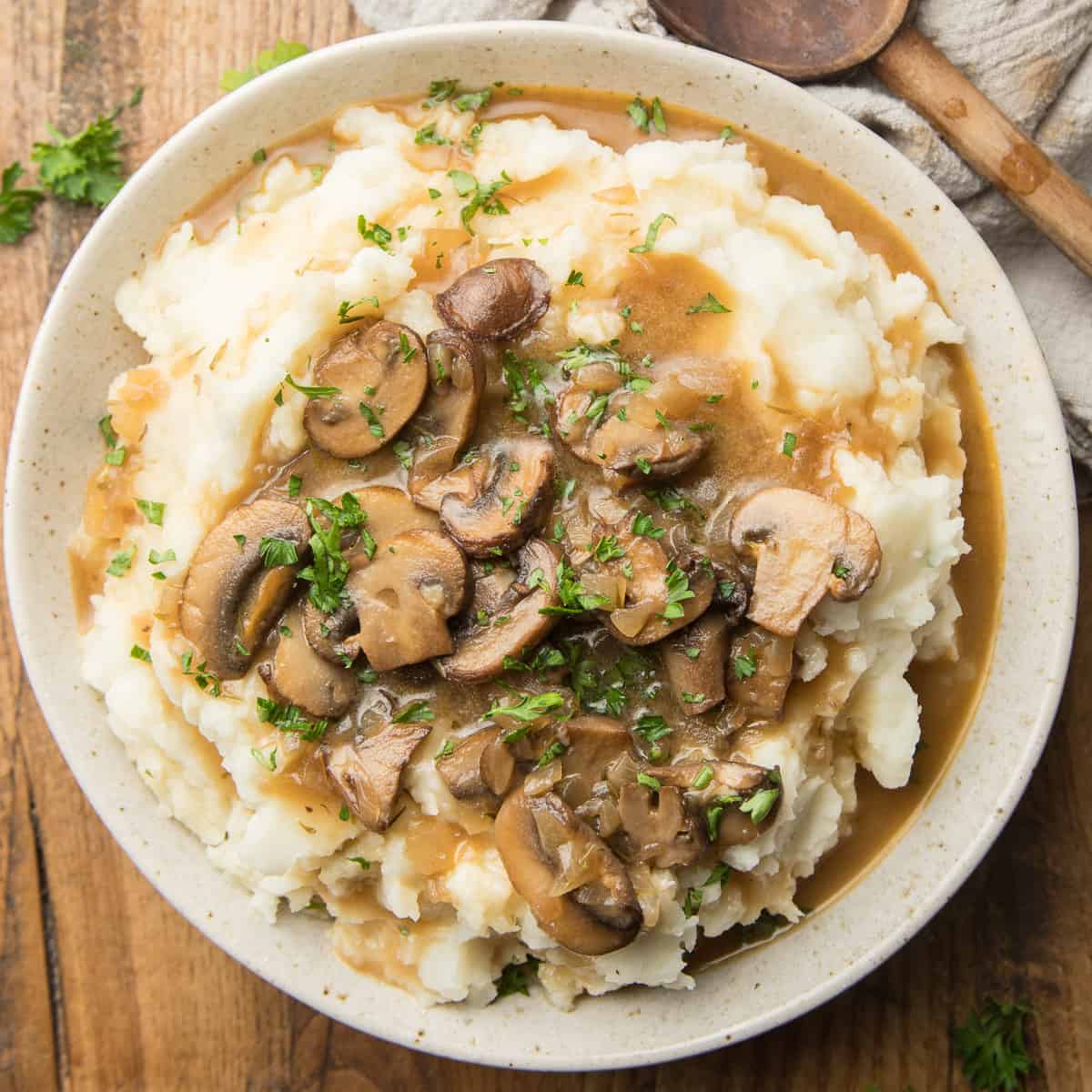 *If you'd like to save time you can cook the mushrooms in one cooking vessel (I used a cast iron skillet) and start the gravy (step 5) in a separate pot while they cook.