Tender pan-fried cauliflower steaks are drenched in a luxurious vegan lemon-butter sauce, and served over pasta with capers and fresh parsley to make this mouthwatering cauliflower piccata. 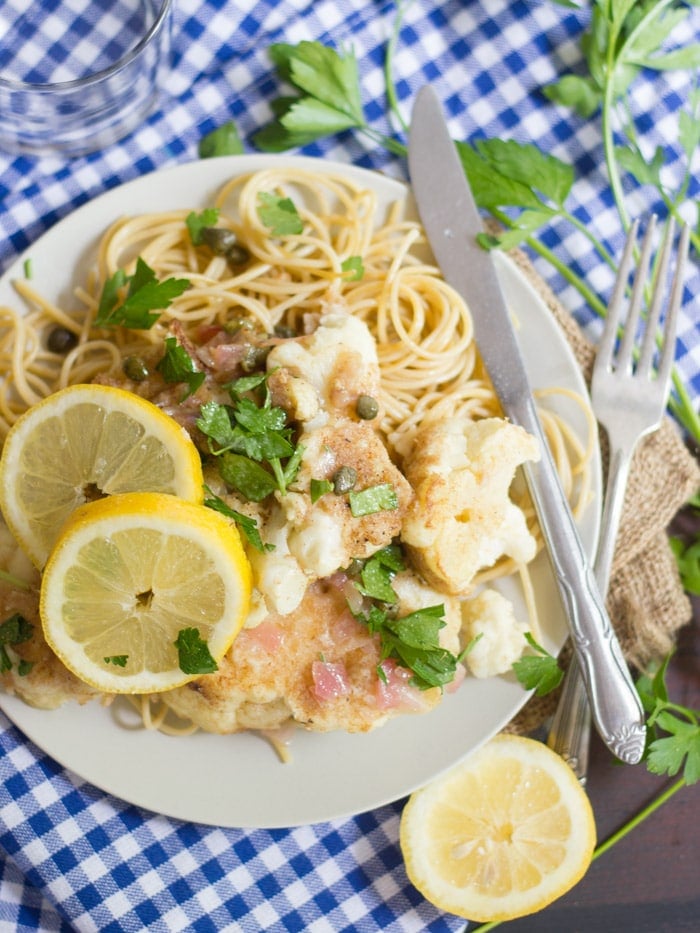 I've mentioned a few times that I worked in quite a few food establishments when I was younger. I realized recently that I've been looking to those old food service jobs for recipe inspiration. It works really well because most of those places were so not vegan friendly, and the more un-vegan a dish, the more fun I can have veganizing it. Also, everybody always seems really pleased when a vegan version of an old favorite is offered up.

Interestingly, I'm pretty sure that not a single one of those places I worked at had any version of cauliflower anything on the menu. Like, not even as the vegetable du jour. Not that none of these restaurants had good veggie side dishes (I know they did because most of the time those were the only things on the menu I could eat), but cauliflower wasn't really cool back then and I'm sure most people probably would've turned my nose up at cauliflower anything. Hey, I probably would've too. 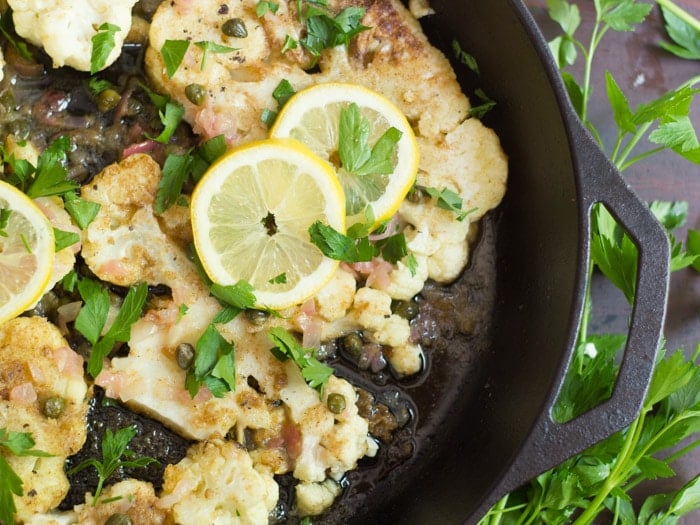 The cauliflower in this dish is what I'd describe as melt-in-your mouth tender. I'm sure it would have won over any of those restaurant patrons, years ago, if we could've gotten anyone to order it. This cauliflower piccata is also a tad richer than my typical cauliflower dish. My personal philosophy: when you're making a main course of a vegetable, it's okay to indulge in a little bit of vegan butter once in a while. And olive oil. It was so worth it. 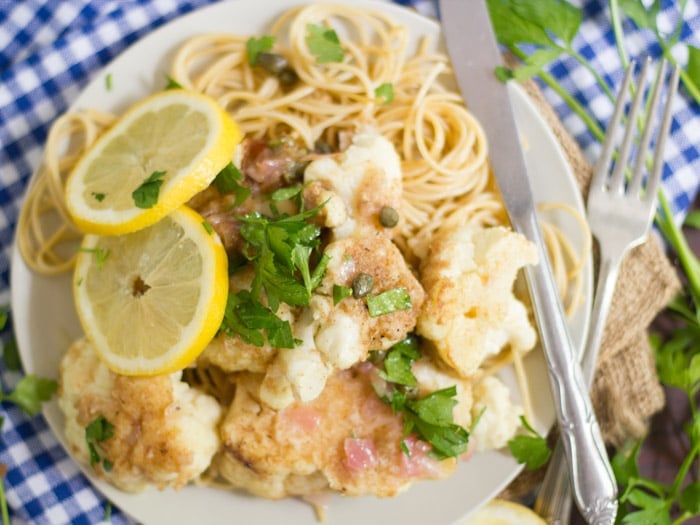 However, I'll say one thing: this past weekend I remade this old cauliflower steak recipe (new photos coming soon) and it occurred to me that that cooking method might work. It won't be as decadent, and you might need to add a dash of flour to the sauce, but it should be effective at cutting down on the amount of flour and olive oil. If anyone gives that version a try, I'd love to hear how it works out. 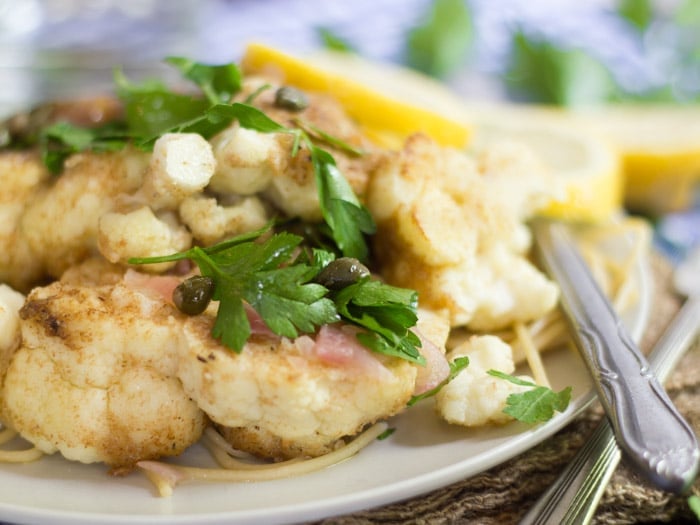 Nutrition information does not include pasta.