These cauliflower steaks are pan-seared, and then roasted until tender. Flavored with garlic and dill, they’re a perfect hearty side or light main dish! 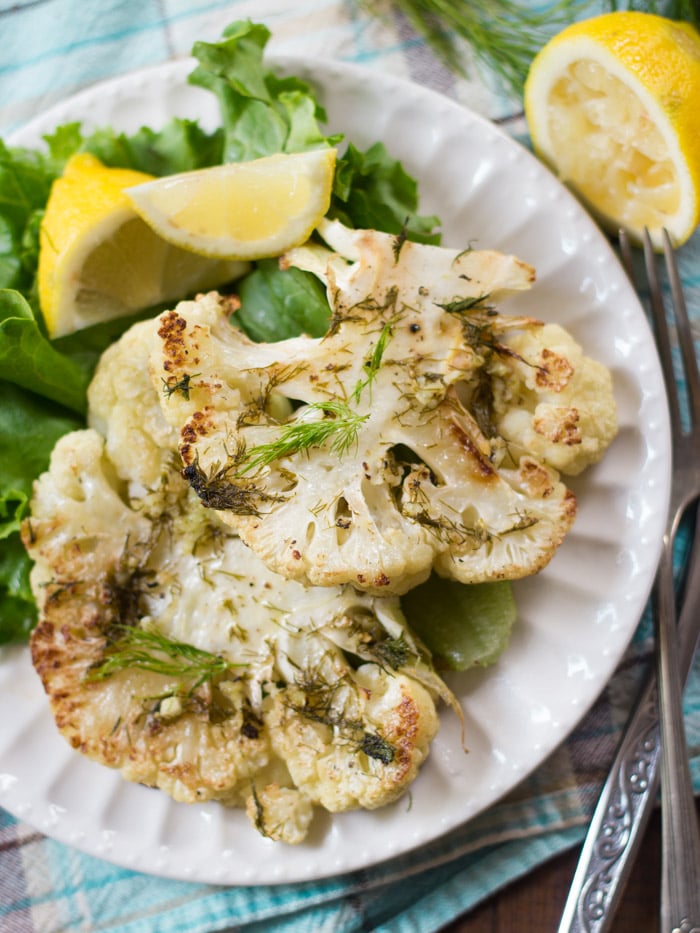 Okay, I don’t know how you guys are going to react to this post, but I’ll say this: had I seen this post on another blog say, just a month or so ago, I’d probably had given it a quick glance and clicked away to something else. Yes, I’ve been quite the cauliflower skeptic. Cauliflower was on my list of foods to get to know for a while, but I just couldn’t bring myself to do it. I’d see blog posts being pinned away, commenters going on about drooling over the stuff, all kinds of unhealthier ingredients being substituted by incognito cauliflower, and despite logic telling me that there must be something to it, every time I passed the cauliflower in the produce aisle all I could think of was the soggy, drippy, boiled and flavorless little flowers that lived in broccoli’s shadow. 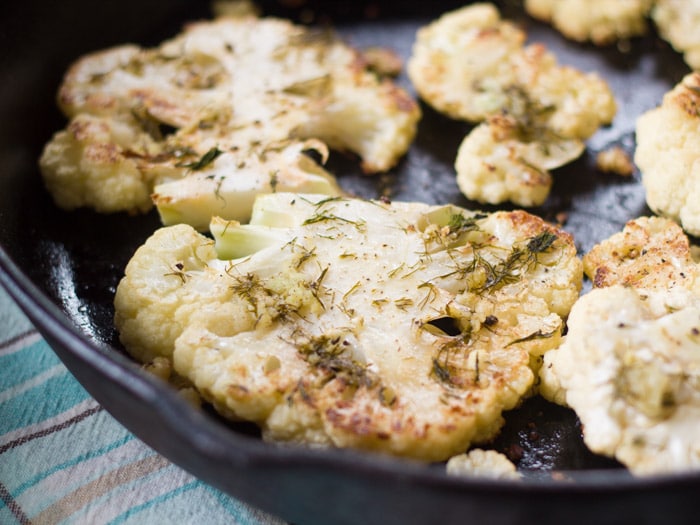 This recipe changes everything.

I don’t know what possessed me to grab for a big old crown of cauliflower while food shopping last week, but it happened. Even after that it took me a few days to get around to cooking it. I just didn’t have the itch like I might get if I were to buy a few ripe mangoes or a pretty, purple eggplant, or something, anything, sexier than cauliflower.

Eventually I decided it was time. I opted to go with the “cauliflower steak” method of preparation, having seen all kinds of variations all over the blogosphere. I figured garlic and dill would be a good flavoring, having the ability to de-blandify most foods. I got everything together, and one day last week begrudgingly stepped up to the stove.

The result…oh my god. You guys need to make cauliflower. I never in a million years expected this. In fact, I tasted a loose little cauliflower bit as soon as I removed my skillet from the oven, saying out loud “Oh my god.” I could have easily eaten all four steaks, which would be an entire crown of cauliflower. They were that addictive. I could also see immediately on tasting why these are named “steaks,” I mean aside from the fact of being prepared in big slabs. They are quite steak like…hearty and satisfying from roasting, with just the right touch of crisp from pan searing.

If you’re a cauliflower skeptic like I was, please make these for dinner tonight. Join me. I want to convert you from skeptic to addict :)

This post first published on Connoisseurus Veg on April 14, 2014. 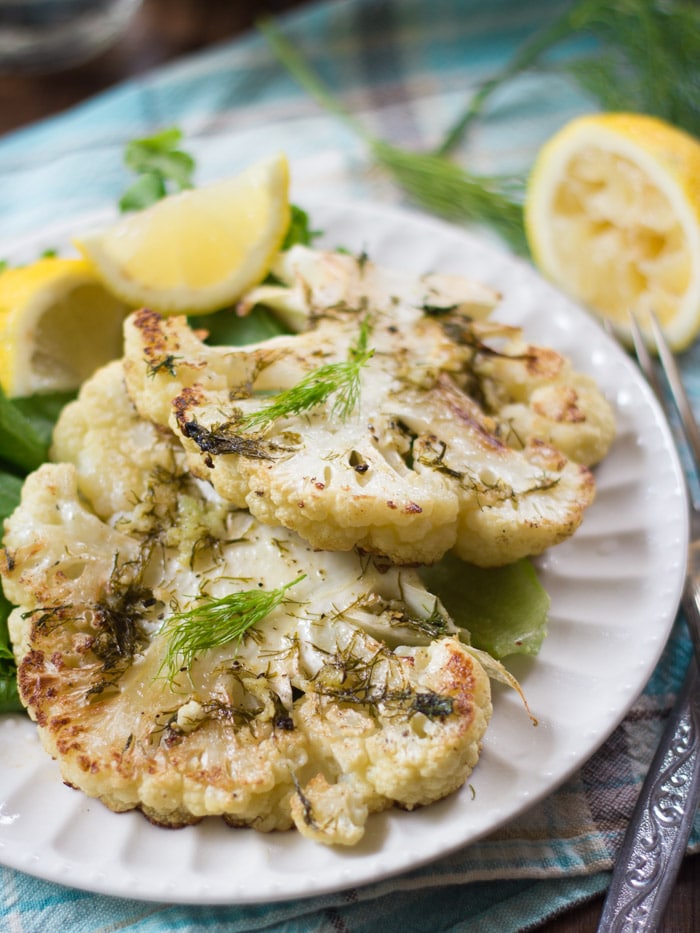